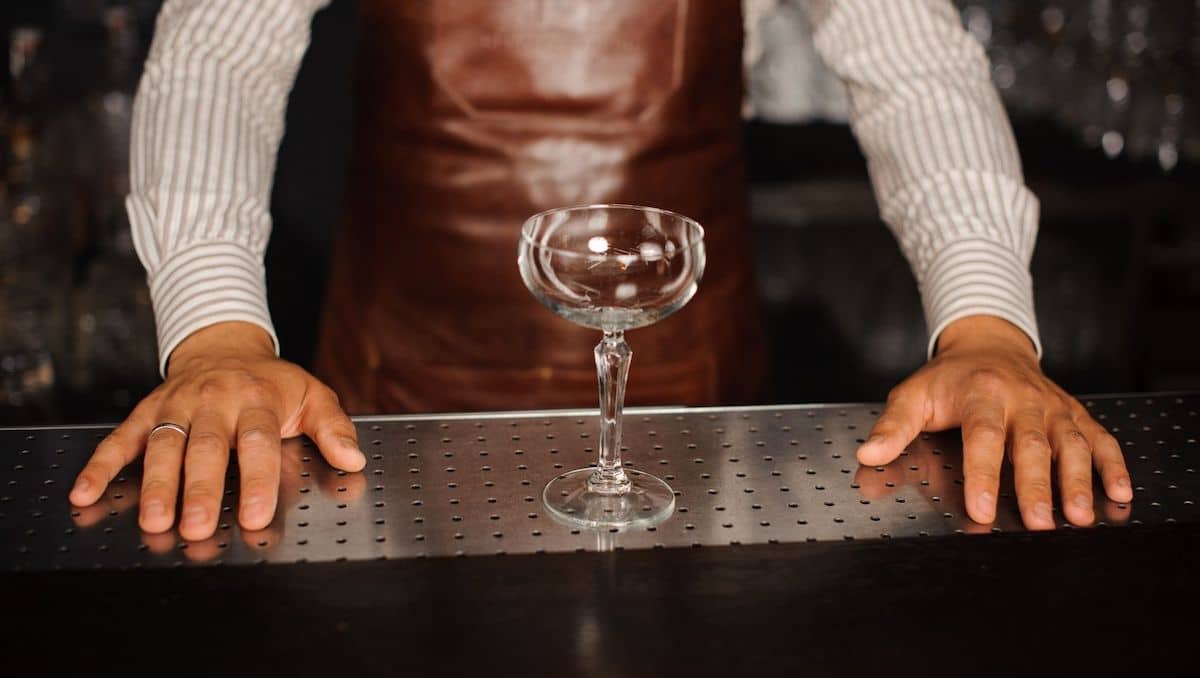 Can a bartender drink while working?

Does a bartender drink during his shift? Most of us wouldn't even think about drinking during our working shifts. There are a few exceptions, though, and being a barkeeper is one of them. Not always, though...

It is not always up to the barkeepers themselves if drinking during the job is okay. Sometimes the management of a bar strictly prohibits drinking on the job. That situation is pretty much straightforward.

Yet, in some places, bar managers encourage their staff to drink with guests to lift their mood, make them wanting to drink more and, as a result, spend more money in the bar.

Further, apart from personal reservations one might have, you should know that drinking during the job is illegal in certain countries or states if you're responsible for serving (drinks) to guests.

So when working in a bar where this is common to have a drink during your shift, you want to make sure you know the law.

Do bartenders drink on the job?

Some do, some don't. I know many bartenders who do drink shots with guests or the bar crew - Generally, this is more common (and sometimes more frequent) than you might think.

However, for obvious reasons, it is less common in high-end bars as guests there usually expect the staff to act professionally.

As a rule of thumb, it is safe to say: the more laid-back the location (country, state & bar), the more often you'll see bartenders drinking during their shifts.

Is it legal for servers and barkeepers to drink at work?

Let's take a closer look at the legal part. It isn't possible to cover every country and every state's laws in this article. But overall, there are more countries where it's perfectly fine for barkeepers to drink while working than those where it is not.

In saying that, always remember that you also should be of legal age to drink. In the US, you may be allowed to serve drinks at 19 years but are still not allowed to drink alcohol until you're 21. That should be common sense, but I wanted to mention it.

Is it legal for bartenders in the UK to drink at work?

Little surprisingly, it is perfectly alright. In the United Kingdom, it is absolutely legitimate for a bartender to have a drink while working behind the bar.

It might not even be a problem (legally) to be drunk during your working hours. But guys, keep in mind that it's not only a question of the law. Your bar manager might not like it very much if his bar staff is out of order due to "team shots".

Is it legal for bartenders in Germany to drink at work?

Is it legal for bartenders in France to drink at work?

Yes, it's legal in France. It's even legal to drink wine, beer, and cider at your office job. Not everywhere these days, but there is still a large number of places allowing this.

There even was a law saying people have the right to drink during working hours, for instance, having wine during their lunch break.

So it's no surprise that barkeepers are allowed to have a drink or two while working.

To sum it up, in Europe, there is usually absolutely nothing to worry about legally. 😉

Is it legal for bartenders in Australia to drink at work?

If you like drinking during working times, Australia might be your place. I don't know any other country where it's this common to have plenty of drinks while working.

I would not say this is an ultimate advantage for everyone, but it's alright legally. Bar managers often encourage their staff, in some cases even expect them, to drink to keep the crowd motivated.

Here's a short and sweet article about the first-hand experience of a bartender thereabouts.

Is it legal for bartenders in the US to drink at work?

The situation here is very different from Europe and Downunder. And because most of my readers come from the United States, I'd like to take a closer look at US laws.

I put together an overview of the different state laws. I read a ton of law documents and contacted authorities to clear up this question as much as possible. The results are listed below.

If you should find anything that doesn't sound right to you, please let me know.

There are three options: Legal, illegal, and "Legal?". I think the first two are clear. They are states where there is a written paragraph stating that it's either totally okay or illegal.

For all states having the "Legal?" option, I could not find any law prohibiting bartenders from drinking alcohol on the job. So I assume it's legal. I'll update the information regularly, so you can check again later if your state doesn't have a clear answer yet.

Also, if you have knowledge of these laws in any of the states marked "legal?", please let me know. I appreciate any feedback and am happy to update the information.

So let's see what I found out: