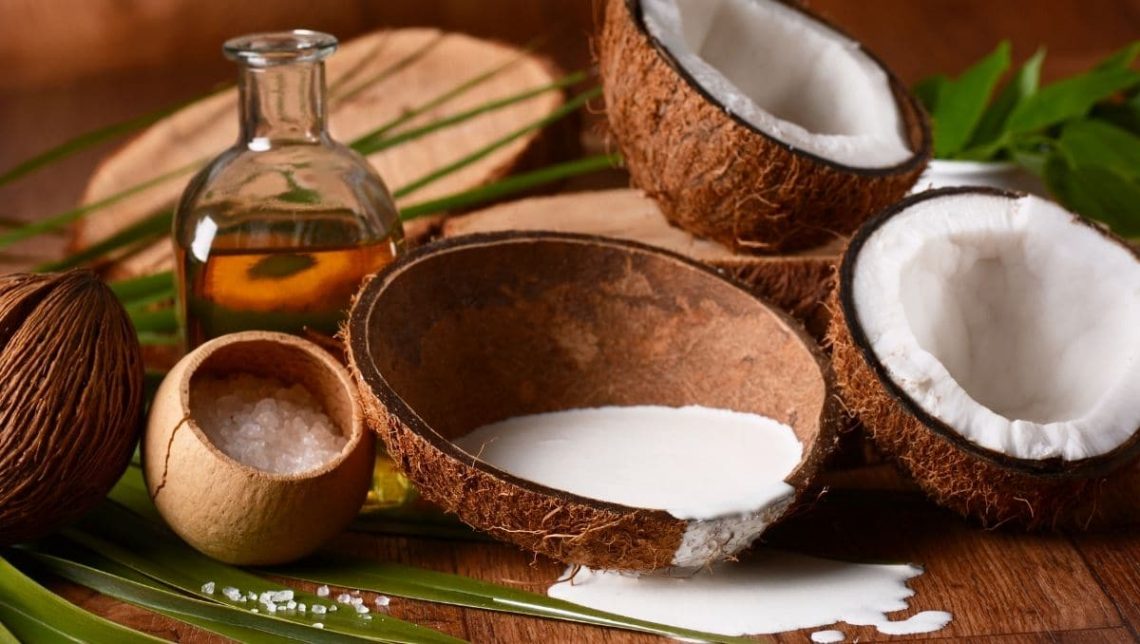 Cream of coconut is the key ingredient to turn an average Piña Colada into a true masterpiece. But cream of coconut is not always easy to get as only a few brands are producing and selling it. But don’t worry, here’s an easy recipe to make an even better version of creme of coconut than the one from Coco Lopez – one of the most famous brands to sell it.

You don’t need artificial ingredients like emulsifiers, polysorbate, alginate, and other crap that store-bought products usually contain. You can easily make an amazing one with my cream of coconut recipe by only using coconut milk, sugar, and a pinch of salt. And the best thing is, it will be even better than the industrially produced version.

Cream of Coconut vs. Coconut Cream

The cream of coconut recipe

You don’t need a lot of elements to create this tasty cocktail ingredient. And the ones you do need are pretty easy to get and affordable. Quality coconut milk with around 10 – 15 % of fat, granulated sugar, and a pinch of salt is all you need to get this right. Regarding coconut milk, I like to use Aroy coconut milk from Thailand, but you can use any that fits the brief.

Cream of Coconut cost per serving

If you buy your cream of coconut from the supermarket, the cost per serving will be around $0.25. That is not incredibly much, but you could save up to 80% on that by making your own cream of coconut. The sugar and coconut milk will add up to roughly $0.045 – $0.07, depending on what you spend for the coconut milk. That’s only a fraction of the price of, for instance, the product of Coco Lopez.

And as I mentioned previously, it even tastes better than the store-bought product.

For the sake of thoroughness: If you wonder what the difference between ordinary coconut milk and coconut cream is, it’s mainly the fat content. The more pulp of coconut is used in the product, the higher the fat content. For making cream of coconut, I highly recommend using coconut milk because the canned coconut cream is already so “dry” and fatty that the result won’t turn out great.

Keep in mind that when cooking coconut milk, water will evaporate. Ultimately the fat content of the final mix will also increase.

How to Dry Shake a Cocktail

What is Orgeat syrup?

Affiliate disclosure: As an Amazon Associate, we may earn commissions from qualifying purchases from Amazon.com.

You can find out more about which cookies we are using or switch them off in settings.

This website uses cookies so that we can provide you with the best user experience possible. Cookie information is stored in your browser and performs functions such as recognising you when you return to our website and helping our team to understand which sections of the website you find most interesting and useful.

Strictly Necessary Cookie should be enabled at all times so that we can save your preferences for cookie settings.

If you disable this cookie, we will not be able to save your preferences. This means that every time you visit this website you will need to enable or disable cookies again.