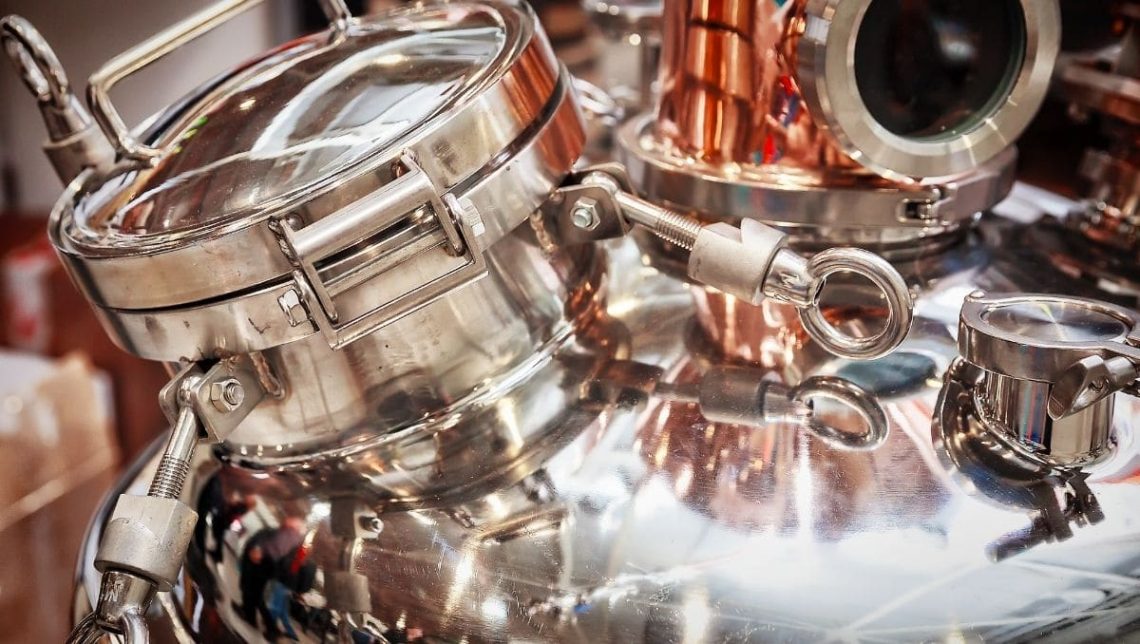 Malting, Mashing, Fermentation, and Distillation – How to Make Alcohol

We all know numerous types of alcoholic beverages. Beer, wine, and spirits are considered the main categories. And to make them, different techniques and steps are required like brewing, mashing, fermentation, distillation, or filtration. In the following, I will explain these procedures and how they differ for the different types of spirits.

Malting is an essential step in the process of making malt whisky. The base product for this step is barley. It is exposed to a warm and damp environment to let it germinate. The mixture of water and barley is then allowed to rest for about two or three days.

During those days, the barley grains use the solar energy they collected while growing to transform the contained starch into sugar. After this, or when the barley buds reach about an inch of length, the process is interrupted. The resulting malt is dried and ground before starting with the next step.

You can divide the raw materials used for making spirits into two categories: Category one contains lots of natural sugars, and category two is rich in carbohydrates (starch) which easily can be transformed into sugars with the help of enzymes.

Grapes are probably the most used raw fruit element for spirits. For instance, they’re the base product to produce brandy. Other ingredients that fall into this category are sugarcane, sugar beets, and agave. The most significant vegetable base for crafting spirits is sugarcane. It’s the base ingredient for all kinds of rum.

On the other hand are the starchy raw ingredients of which corn is the most used cereal grain. But also rye, barley, rice, and wheat are used to create alcoholic beverages. Another commonly used component is potatoes. Although only used in central Europe, there are plenty of spirits made of potatoes.

The first step here is to mill and press the raw ingredients. That serves as preparation for the actual mashing process. The sugar and starch in the unprocessed ingredients are more accessible, which makes it easier for enzymes to transform into fermentable sugars. And that is the ultimate goal of mashing because it prepares the ingredients for the fermentation process.

The actual mashing is performed in large mashing vessels. Those vessels constantly mix their content while simultaneously heating it up. The raw ingredients are mixed with water and heated under pressure to break up starch cells. Sometimes this means bringing the mix to a boil, and sometimes the temperature needs to get increased to an even higher level.

Once the starch cells are broken, the temperature is decreased, and malt meal is added. This step is crucial to get those fermentable sugars needed for the fermentation process.

During the fermentation process, simple sugars transform into ethyl alcohol. That is achieved by adding yeast to the mixture. Depending on the type of alcohol you want to produce, different strains of yeast are necessary. For example, you need another kind of yeast strains to make wine than for making rum.

For the yeast to be most effective, it has to be in a slightly acidic environment. If the mix is not acidic enough, the level is increased by adding small amounts of acid. The same applies to the sugar level – until the balance of sugar and yeast is in perfect balance.

When done correctly, the resulting product should contain between 7% and 9% of alcohol. That usually is the case after 48 to 96 hours of fermentation at the optimal temperature. The range of temperature applied usually is between 75°F and 85°F – or if 24°C to 29°C. Also, the duration of the fermentation can vary, and one needs to keep a close eye on its progress. If it continues too long, bacterial action can affect the taste and quality of the final product.

In this step, the alcohol levels get increased by separating alcohol and water. A usual setup consists of three integral parts: The still, the condenser, and the receiver. The first is responsible for heating the mix, the second cools it down, and the last one will collect the distillate. But as you might know, there are different kinds of stills: Pot stills and column stills, also known as continuous stills.

The pot still is a traditional device for making spirits. It’s mainly recognized for the production of Whiskey in Scotland and Ireland. But it also is used for making aged spirits like Rum and Tequila. And some Brandys are or were made with pot stills, too. But this type of still is about to go extinct. More and more distilleries switch to more modern column stills.

These days, it often is used for making flavored Whiskey, as the distillates contain deeper flavor profiles than products from a column still. Either way, let’s see how a pot still works.

The main elements are the boiler or kettle, the swan-shaped neck, and the spiral-shaped copper tube, also called the worm. All that is connected to the condenser, which turns the vapor into liquid. As the kettle is heated, alcohol changes its state from liquid to vapor and rises, floating through the swan neck and finally ending up in the worm. Once it reaches the condenser, it will change back to liquid form.

But there are also unwanted particles coming along the ride due to whom the result gets divided into three cuts called the head, the body, and the tail. The head and tail are the first and last parts of the distillation process. Hence, they carry too many unwanted compounds and get discarded. Only the body is used in the final product. But don’t worry, head and tail each only makes up for 10% of the total distillate. So this still leaves us with 80% of usable product.

A one-time pot-distilled product will have around 25-40% ABV. So most of the time, a second distillation round is necessary to increase the level of alcohol.

So we established that the pot still is ideal for preserving flavor from the ingredients while gradually increasing the ABV of the final product. However, it’s not the most effective way to distill a spirit. And efficiency is the biggest plus of the column still. It was invented during the early 1800s and is a little bit more complex than the pot still.

The device usually consists of two columns. One is called the analyzer column, the other the rectifier column. The analyzer column contains many perforated metal plates and gets heated from the bottom while the fermented mash is poured from above. When the hot steam hits the mash, the alcohol evaporates and rises to the top. When moving through the perforated plates, heavier particles condense, and only alcohol goes through.

This way, the column still creates highly concentrated distillates in just one run. It can achieve as much as 96% ABV in just one distillation step. That is a vodka of 192 proof. Column stills are usually used for making unaged spirits like Vodka, Gin, and White Rum.

Not all types of spirits require a filtration step. But Vodka, for example, certainly does. It’s usually distilled multiple times before being filtered to get its smooth and pure character. The most common type of filtration is charcoal or carbon. And often, the spirit is not only filtered once but multiple times. To remove almost all bits of flavor and odors, some brands filter their Vodka up to 10 times.

Also, not all spirits are aged. Aged spirits are usually either Rum, Tequila whiskey. Vodka, most Gins, some Rums, and some Brandies typically are unaged spirits. However, on rare occasions, there are also aged versions of Gin or Brandy. To age a spirit, it usually is filled into oak barrels to mature and develop flavor.

During the time of aging, the spirit will interact with the wooden vessel. Extracting flavors of the wood, react with it, and developing its distinct taste. This process has to be closely monitored and balanced to get the desired results. Depending on the spirit and the aspired flavor profile, aging can take anywhere from a couple of months to 40 years and longer.

Average aging periods for Rum or Brandy are between 2 and 5 years. For Whiskey, it’s a few years longer. Each stage of aging has its distinct flavor profile. There are also notes on how a specific aged spirit should taste after a certain amount of time.

An alternative to aging the whole barrel to get the tasting notes you want is blending. A blended spirit consists of different spirits mixed together to get the blended one.

For example, you could want a blend of a 7-year-old Rum. That is achievable by blending 10-year-old Rum, 5-year-old Rum, and maybe even 3-year-old Rum until you have the exact flavor profile desire. That was just theory and a little more complex in real life. But the principle of blending works exactly like this. That’s also the reason why blended products tend to be a bit cheaper than non-blended.

How to Dry Shake a Cocktail

What is Orgeat syrup?

Affiliate disclosure: As an Amazon Associate, we may earn commissions from qualifying purchases from Amazon.com.

You can find out more about which cookies we are using or switch them off in settings.

This website uses cookies so that we can provide you with the best user experience possible. Cookie information is stored in your browser and performs functions such as recognising you when you return to our website and helping our team to understand which sections of the website you find most interesting and useful.

Strictly Necessary Cookie should be enabled at all times so that we can save your preferences for cookie settings.

If you disable this cookie, we will not be able to save your preferences. This means that every time you visit this website you will need to enable or disable cookies again.