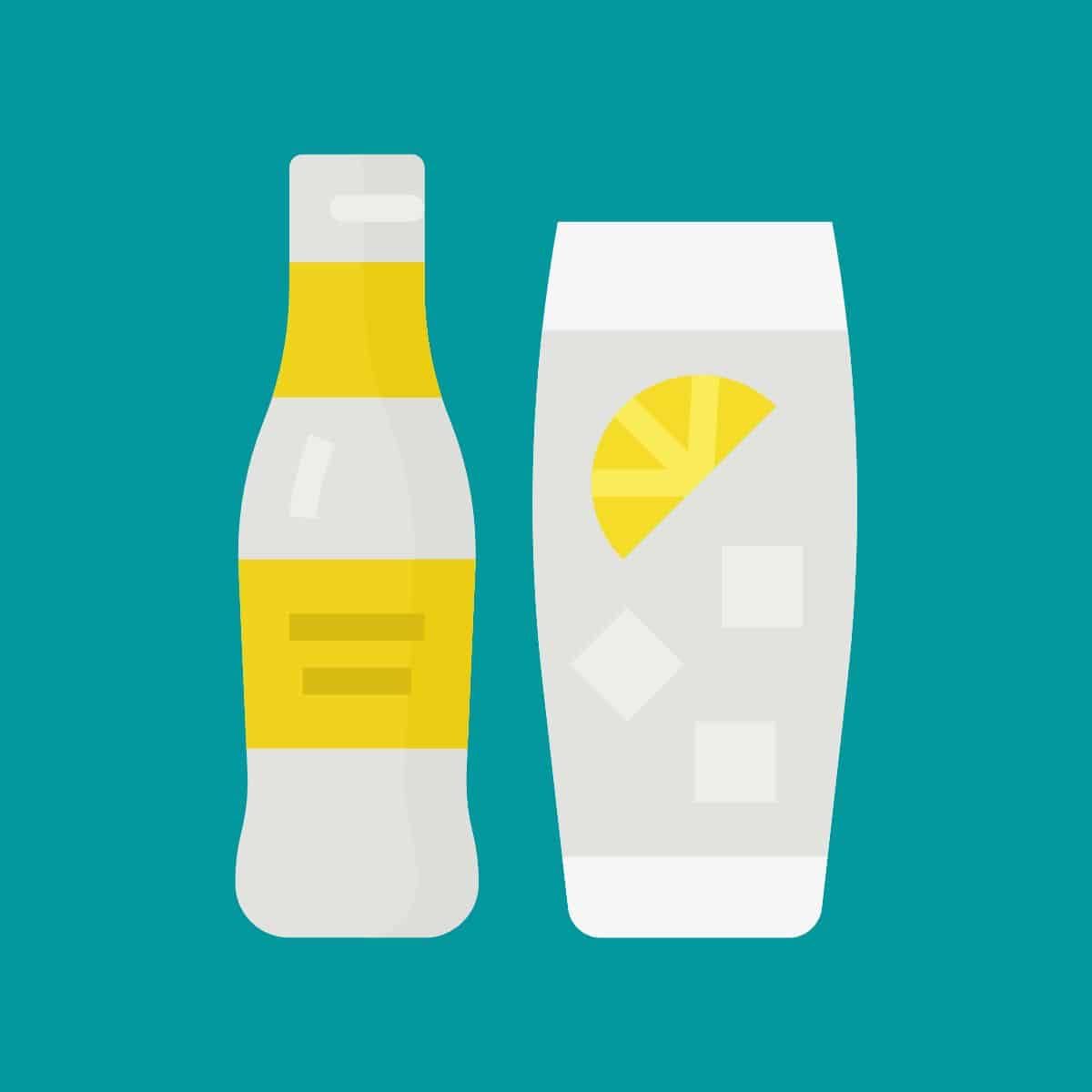 Tonic water once was used to fight Malaria. Now, it's a popular soft drink and an even more popular mixer for Highball drinks like the Gin & Tonic.

Tonic water is a bittersweet, carbonated, and thirst-quenching mixer best known for its use in drinks like a G&T or Vodka and Tonic.

The ingredient that gives tonic water its characteristic flavor is quinine. The bitter extract of the cinchona bark had once been an effective treatment to fight Malaria.

Today, however, tonic water doesn't contain enough quinine to have the same effects as it did back then. So you cannot use it as medicine anymore, but it's a great refreshment.

This article will give you an overview of the origin of tonic water, how it's made, and what makes it so unique.

The Difference between Tonic Water and Soda Water

Let's start with the difference between regular soda water and tonic water. On trying, you can immediately taste that tonic water is more bitter but also sweeter than soda.

Club soda is carbonated water enriched with minerals. It does not contain sugar and also has no additional flavorings.

Tonic water, on the other hand, at its heart, is a flavored syrup mixed with carbonated water. This tonic syrup can consist of various ingredients. The most important one, however, is quinine.

Knowing that tonic water is built from flavored syrup, you surely would like to know what exactly goes into it. But the answer is not universal.

Each tonic water brand has its own recipe using different ingredients and proportions. Although, the key element, quinine, is always a part of the mix. It's what brings the distinctive bitter taste to the mixer.

Besides quinine, citrus peels from oranges and lemons, angelica root, cardamom, gentian, ginger, lemongrass, citric acid, coriander, juniper berries, elderflower, and lavender are used to bring flavor to tonic water. -This list is not exhaustive, but it can give you an idea of the possible flavors.

In the past, quinine was used in higher doses because tonic water had a purely medical purpose. Quinine is known for its fever-reducing properties, which is why it was used to fight Malaria.

Quinine & its side effects

Due to its quinine content, highly-concentrated tonic water is associated with various side effects. However, since modern tonic water only contains a fraction of the amount of the early versions, the chances of side effects are marginal.

However, a large intake of quinine can cause many different side effects. To name just a few of them:

But as mentioned, if you consume regular tonic water and don't produce overly potent tonic syrup, you should be fine.

The only documented side effect of store-bought tonic water are so-called fixed eruptions. That is a skin reaction, mostly related to drug use.

Yet, in the past, different scientific sources have reported cases related to regular tonic water consumption, with or without the addition of Gin.

Schweppe's and the invention of the first Tonic Water

Johann Jacob Schweppe's company was the first to patent the recipe for tonic water in 1858. Today, the company is better known as Schweppes. The founder himself was not involved in this patent, as Johann died 37 years before it was issued.

Schweppes released its first version of quinine and lime-infused tonic water in 1870. And even today, the tonic water produced by Schweppes is a leader in the market.

Is it really glowing under UV Light?

Chances are you've seen a glowing Gin & Tonic before and wondered why this is happening. The reason is the tonic water, or, to be more precise, the quinine in tonic water.

Quinine has the capacity to glow under UV light, even in the tiniest ratios. This fluorescence is the result of a simple reaction:

Quinine absorbs the UV light and reflects it as visible light. This effect is why a G&T or plain tonic water appears to glow.

The best alternatives to regular Tonic

If you want to make your own recipe for tonic water, you can easily do so by producing your own tonic syrup. All you need is cinchona bark, water, sugar, and flavorings to taste.

You then have to mix the finished syrup with ordinary club soda to create sparkling tonic water. Making a good tonic syrup needs practice, though. So be patient and plan for a few failed attempts.

With the recent Gin hype, tonic water has also experienced a boom. That resulted in an immense variety of tonic waters.

Check out our article about the different tonic water types for a detailed overview.