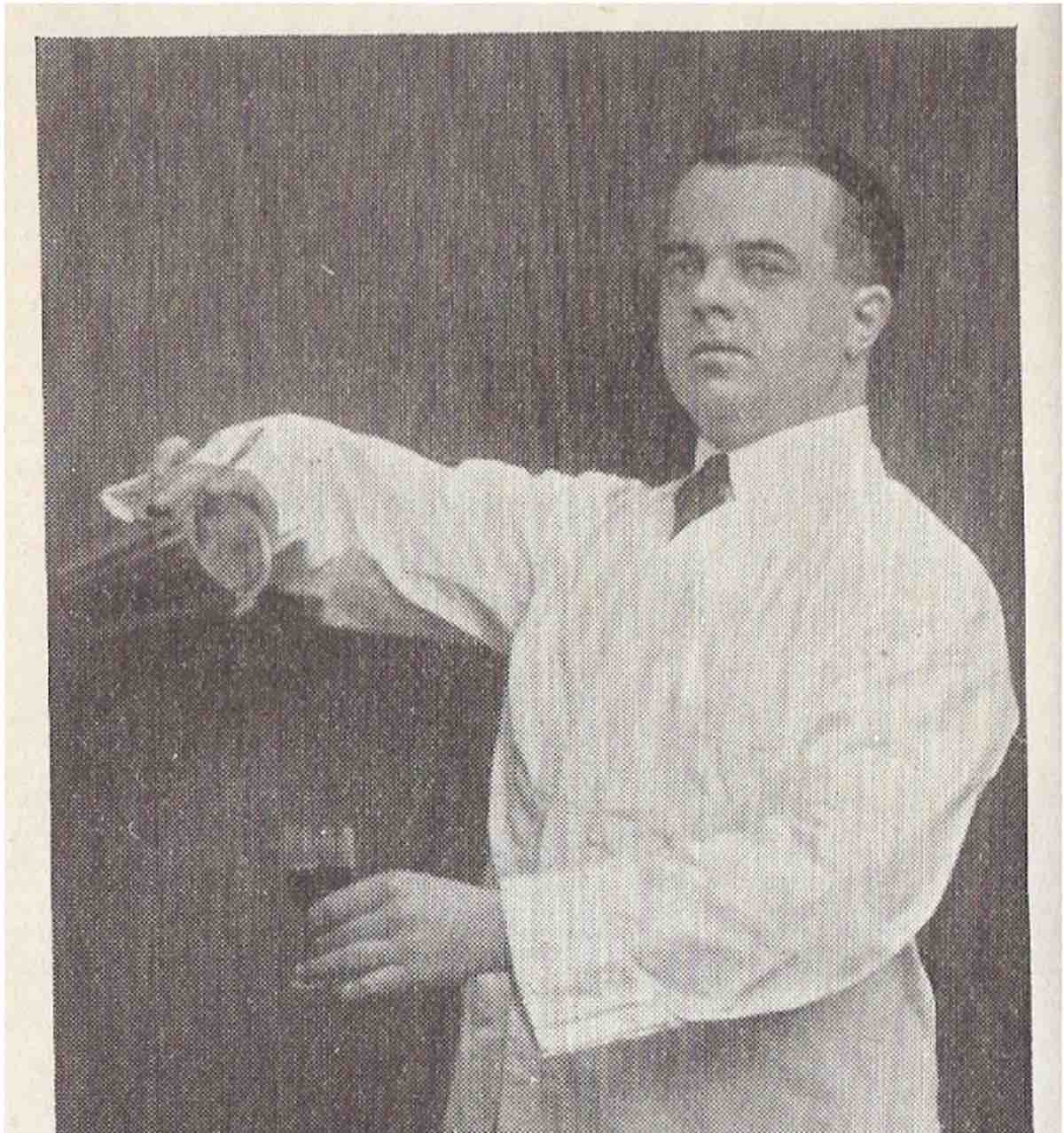 A portrait of Scottish bartending legend Harry MacElhone, including his influence on today's mixology and an overview of the cocktails he invented.

Here's a timeline of the life of Harry MacElhone, the legendary bartender from the early and mid-1900s. Read everything about the stations in his career and how they led him to become an icon in mixology. From the bars he worked at and the books he wrote to the cocktails he invented.

The Life of Harry MacElhone

MacElhone (pronounced MAC-il-hone) was born in 1890 in Dundee, Scotland, some 50 miles North of Edinburgh. Little is known about his childhood or youth, except that he was a son of a jute miller.

He went to Paris in his early 20s to work as a barkeeper for Tod Sloan. Sloan was a former American star jockey who bought a small Bistro at 5 Rue Daunou and renamed it New York Bar. That is the place MacElhone should later buy and make world famous.

From there, Harry traveled to the United States to work at the bars of the Elton Hotel in Waterbury, CT, and the Plaza Bar in New York.

When World War I broke out in 1914, he served in the Air Force. He returned to Great Britain when the war ended in 1918. In London, he eventually took on a bartender job at the Ciro's Club on Orange Street near Haymarket. The nightclub had been closed down in 1916 during the war due to illegally selling alcohol, but reopened in 1921.

While working at Ciro's, MacElhone published his first cocktail book and, by request of his boss at Ciro's, traveled to Deauville in France to open a second branch of the club. This he did, but he already had plans to open his own bar.

By 1923, ten years after having worked in the New York Bar in Paris, he finally managed to obtain the funds to buy this place from Tod Sloan and famously renamed it Harry's New York Bar.

Tod Sloan, himself an American, intended to bring the Atmosphere of his home country to Paris. In fact, he had been so determined that he had a saloon in New York dismantled and the inventory brought to Paris to rebuild it. In addition to the furniture, he had sports trophies, state pennants, and photographs on the walls.

The smart Scotsman MacElhone kept it that way and catered mainly to Americans. To facilitate the journey to the bar for his American customers, he thought up a catchphrase. He advertised the location of his bar on 5 Rue Daunou as Sank Roo Doe Noo, mimicking an American accent. Additionally, he introduced political polls, e.g., prior to presidential elections.

Other rituals at Harry's Bar were less sophisticated, like the regular drinking contests he hosted. Soon his place lived up to the image of the Roaring 20s. For instance, MacElhone gave out bag tags to his guests, asking to return back such belongings to his New York Bar should one have lost them after having had too much booze.

Over the years, the bar became enormously popular with American expats and international celebrities. Among them are household names like Coco Chanel, Ernest Hemingway, Humphrey Bogart, and Ian Fleming.

The latter even mentioned the bar in his James Bond novel Casino Royale, where the secret agent calls Harry's Bar the best place in Paris to get a "solid drink". Also, in the short story From a View to a Kill, Bond remembers visiting Harry's Bar when he first came to Paris at the age of 16. -Casino Royale, by the way, is also the novel that brought the Vesper Martini to life.

In 1940, during WWII, MacElhone sought refuge in London and worked as a bartender in the Café de Paris and the Ritz Carlton until the war was over. He then returned to Paris and died there in 1958 at the age of 68.

His legacy consists of at least two cocktail books, numerous cocktail recipes -among them quite a few well-known classics- and, of course, his bar. Harry's son, Andrew, took that over in 1958 and ran it until he died in 1989. After that, his grandson, Duncan, took over, and then Duncan's widow, Isabelle MacElhone, owned and ran the iconic bar.

Right now it is managed by Harry's great-grandson, Franz Arthur MacElhone, who opened the second outlet of Harry's Bar in Cannes in 2020. The original in Paris still operates extremely successfully and serves great drinks. So stop by if you happen to be in Paris and feel like traveling back in time for a few hours.

MacElhone gets credited with the invention of many classic Cocktails. Thus, Imbibe Magazin put him on their index of the 25 most influential cocktail personalities of the past century.

Here's a list of the cocktail recipes by Harry MacElhone:

Other cocktail recipes that are tied to Harry MacElhone: