History of the Mojito Cocktail

The Mojito is among the oldest cocktails, and as ever so often with these vintage drinks, the history is quite opaque. Still, it's not entirely unknown, and we want to shed some light on the origin of the Cuban favorite.

Made with crisp white Rum, Mint, and Soda water, the Mojito Cocktail is a favorite of many. During summer, in particular. But how did the refreshing drink conquer the world? What is the history behind it, and where did its journey begin?

Read on to find out all we currently know about the origins of the minty cocktail.

Origin of the Mojito

The fact that the recipe for the Mojito cocktail is very old is beyond doubt. Equally certain is that the Rum cocktail's origin lies in Cuba. It only becomes murky once you try to find out the exact time and who was the genius that invented the drink.

One widespread theory is that the drink goes back to the Cuban capital, Havana and to a British pirate, admiral, hero, and plunderer. The label for the legendary Sir Francis Drake ultimately depends on one's perspective.

In the 1500s, the famous British seafarer, Sir Francis Drake, apparently got stranded in Havana. Some sources say it was because his complete crew was sick due to one cause or another (in those days, sailors were more often in poor health than not). Others talk of necessary repairs to his ship after a hurricane.

Either way, Drake is said to have arrived in Havana in search of medical help. Allegedly, his efforts led to unearthing mint to calm the stomach, lime juice to cure scurvy, and an Aguardiente infusion of the Chuchuhuasi tree bark.

Aguardiente was an early form of Rum, frequently used in Latin America back then. The Chuchuhuasi bark is still a favored medicine for indigenous tribes and is known for its various healing and health properties.

To make the potion more drinkable, Drake also added a bit of sugar to the mix. The final result is said to have contained the following:

Today, many regard El Draque, as the Mojito was supposedly called, as the first-ever cocktail in the history of mixology. Another title Sir Francis Drake could then call his own (1). However, when looking at the documentation of Drake's travels, things look different:

When doing some research, it becomes clear that -except for sites trying to explain the origin of the Mojito Cocktail- no source actually mentions Drake has been to Cuba. He sailed the Caribbean, but there's no official account of him ever laying anchor on the Cuban coastline.

Plus, with what is known about the plundering pirate life he led, it seems pretty far-fetched that he would wander around Cuba, mixing and blending drinks or potions. He surely would have sent someone to do that.

By the way, another version of this story suggests that Sir Francis Drake created the drink on board his ship, but that's a minor detail compared to other stories that circulate:

Another legend says that South American Indians traveled to Cuba to find more herbs, plants, and spices for their various medical potions. They mixed the readily available ingredients mint, Aguardiente, and sugar cane syrup to cure and prevent illnesses like scurvy and dysentery.

Yet another possibility is that slaves working in Cuban sugar cane fields invented the first version of the Mojito. They might have tried to make the Aguardiente better by mixing it with ingredients that were readily available. This theory is in line with the invention of other spirits and Cuban cocktails like the Canchánchara.

Also, the renowned Cuban Bar La Bodeguita del Medio, known for their world-famous regular, Ernest Hemingway, has raised claims regarding the invention of the Mojito in the past. Hemingway once also left a handwritten note at the place, praising their Mojito.

David Wondrich, a renowned cocktail historian, once placed the invention of the Mojito as we know it between 1862 (after the foundation of the Bacardi company) and 1920. That would be roughly 300 years later and leave the Mojito far from the first-ever cocktail.

Ultimately, it's impossible to tell the true origin of the Mojito. Just the location - Cuba- seems set in stone. Still, the story of a pirate certainly was perceived as the most exciting, which might well be why it's the best-known and commonly told version.

Why is it called Mojito?

The story trying to partly explain the name relies on the theory that Drake invented the Cuban cocktail. Thus, it is more of a saga than anything else. In honor of its inventor, the drink was initially given his Spanish nickname El Draque.

Over time Rum replaced Aguardiente in the recipe, and Chuchuhuasi bark went out of fashion. Subsequently, the name also changed - from El Draque to Mojito. However, when and exactly why this should have been the case remains unknown.

Some connect it to the Spanish words mojo, translating to moistened, soaked, or dip. One explanation could be that when the story of its origin fell into oblivion, the drink remained popular and was eventually given this more generic name.

Shifting back to facts: in a cocktail book from the 1930s, the drink first appeared as Mojito in written form. It was published by one of the most famous bars in Havana at that time: the Sloppy Joe's Bar.

It's the first recipe in their book, Sloppy Joe's Cocktails Manual, on page 9. You can see that the recipe didn't change much since then. It is still pretty much the same and is now as popular as ever. We usually like to use Havana Club Rum, but if you want to keep it with Sloppy Joe, go for Bacardi - another Rum brand of Cuban origin. 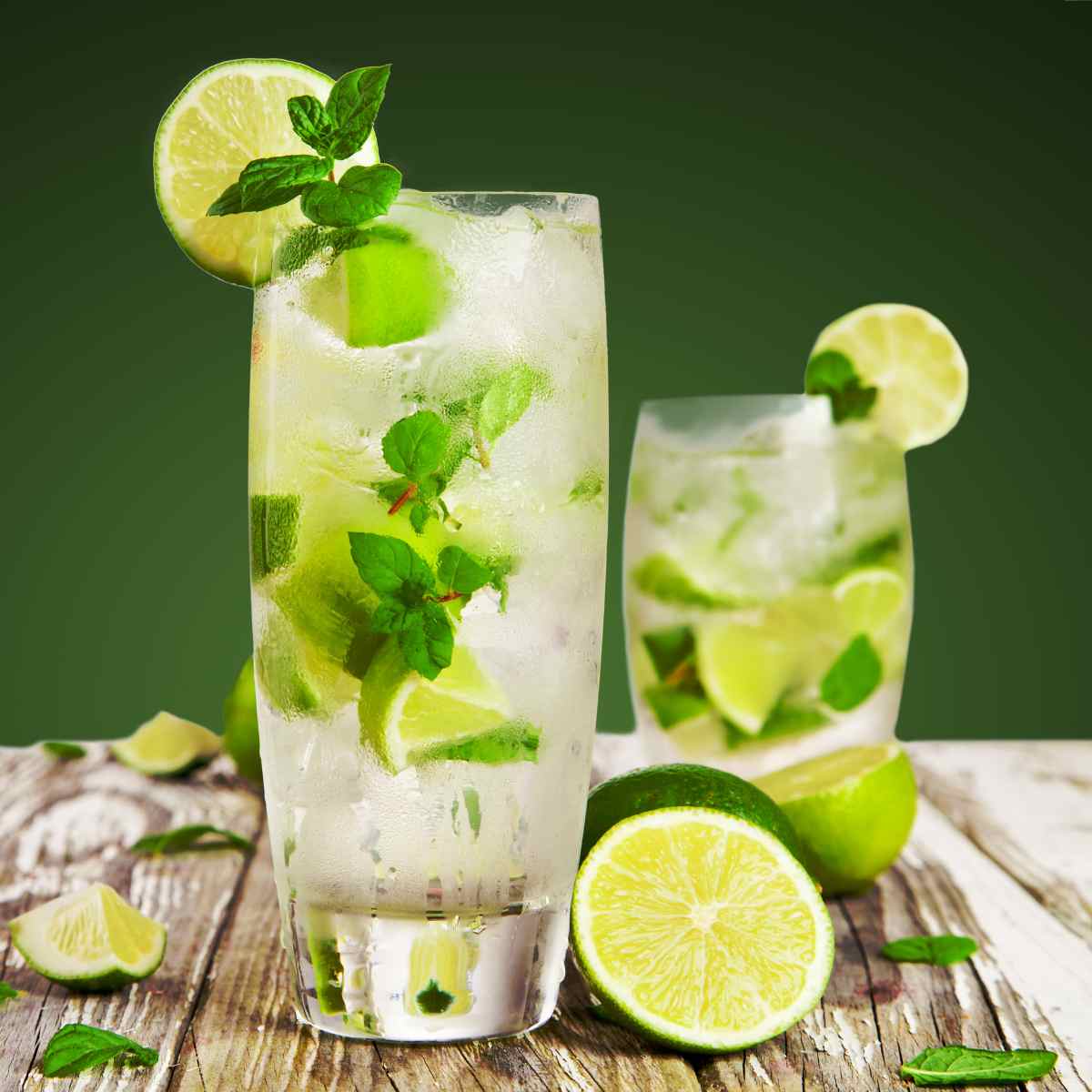