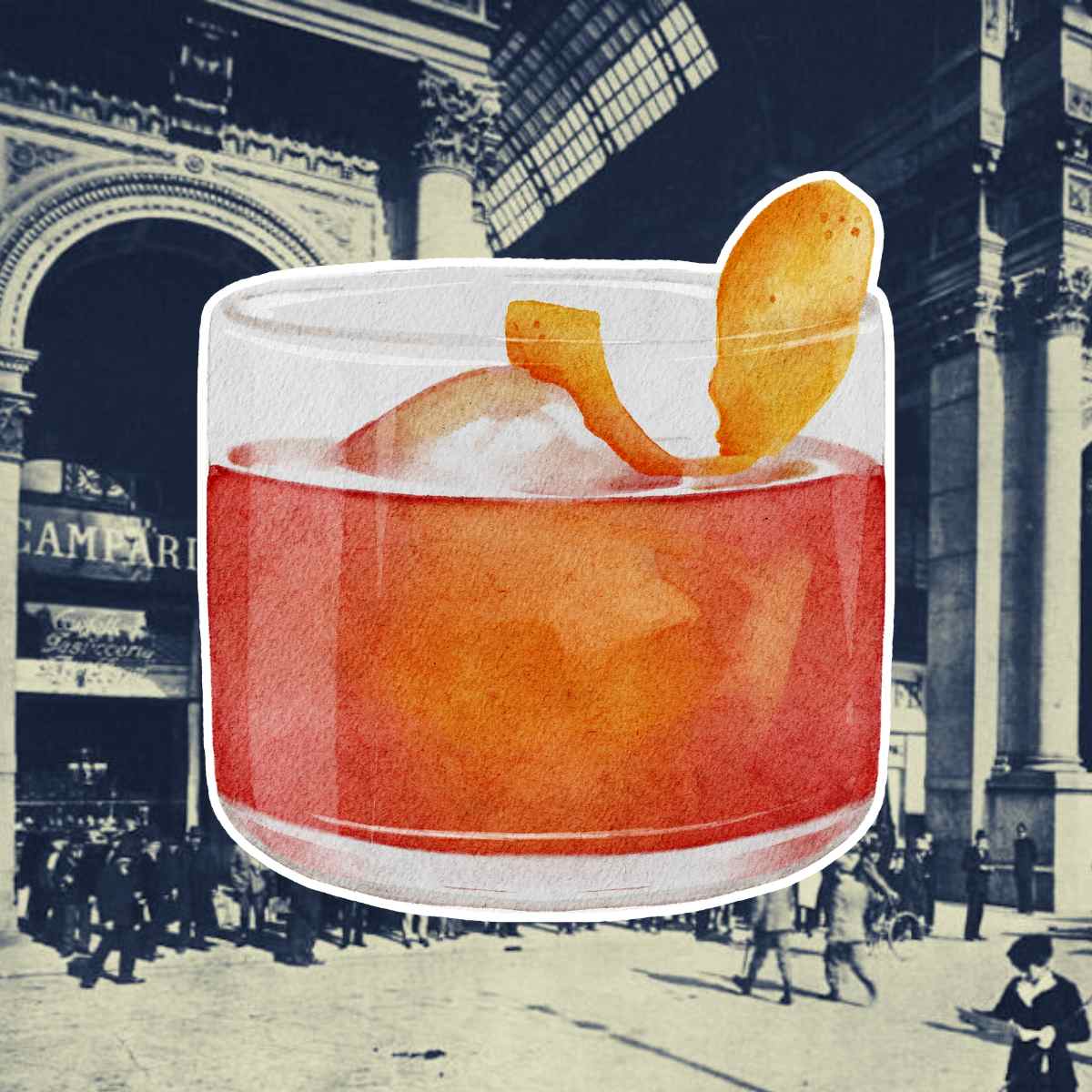 The Interesting History of The Negroni Cocktail

The Negroni is a classic Italian aperitif cocktail that has been around for over a century. This three-ingredient drink is made with Campari, Gin, and Sweet Vermouth.

With its unique combination of flavors and long history, the Negroni is sure to surprise and delight. The roots of the cocktail date back to 1919 at Caffè Casoni in Florence, Italy. There, Count Camilo Negroni ordered a more potent version of his favorite drink - The Americano.

The bartender did as instructed and replaced soda water with Gin. To further differentiate it from the Americano, he garnished his new creation with an orange instead of the standard lemon peel.

Today, the Italian classic is one of the most popular cocktail recipes and has inspired countless riffs and variations.

The Negroni pays homage to both the Milano-Torino and Americano cocktails. All three recipes are based on the same Italian bitter liqueur - Campari.

It all started in 1860 when Gaspare Campari invented the bright red Italian bitter liqueur. Shortly after releasing his liqueur, Gaspare also developed the recipe for the Milano-Torino cocktail, first served in the early 1860s in Caffé Camparino, located in Milan.

This combination of equal parts Campari and Sweet Vermouth quickly became a regular aperitif in Northern Italy. [1] The Americano was a celebrated adaption, which also was created by Gaspare Campari in order to make the drink more refreshing. This fresher and lighter concoction was especially popular among American tourists (Hence, the name).

When Count Camilo Negroni visited Caffè Casoni back in 1919 and asked for a boozier take on his favored Americano cocktail, none of those present could have foreseen how popular the resulting drink would soon become.

The creator of the concoction was Fosco Scarselli, a bartender with a stellar reputation, known to be a master of his profession. [2]

Camilo Negroni was delighted with the drink. Soon after, people flocked to the bar to try the creation for themselves. It quickly became one of the most ordered drinks of the establishment.

Not only the people in Florence loved the bittersweet and herbal drink, but all over Italy, bartenders had to serve the Negroni cocktail. -And this was just the beginning.

Among the first prominent advocates of the drink was famed Regisseur George Orson Welles. In 1947, when filming his movie Black Magic in Rome, he had the chance to try the three-ingredient aperitif drink. Later, he revealed how much he liked the drink and allegedly declared:

"The bitters are excellent for your health. The Gin is bad for you. They balance each other."

Popular variations of the traditional recipe

With the increasing popularity of the drink also came the first riffs. However, the first was an accident and therefore christened "Sbagliato" - the Italian term for wrong.

In 1967, the Negroni Sbagliato was first mixed at Bar Basso in Milan, Italy. Instead of Gin, the bartender accidentally poured Prosecco into the drink. Recently, this variation was hyped for being part of a meme on social media.

Another important riff is the White Negroni which was first created in 2001. Wayne Collins developed the recipe during VinExpo in Bordeaux, France, and replaced Campari & Sweet Vermouth with Suze and Lillet.

Today, the Negroni is a staple in cocktail bars and restaurants alike. It is a popular aperitif or digestif cocktail also loved by bartenders due to its bittersweet and intense flavor profile. It's an acquired taste not everyone enjoys, though.

Lately, the drink experienced a renaissance and became a mass phenomenon. The Guardian even named it the "cocktail of the year 2021" [3] as it was literally everywhere.

You could drink a canned ready-to-drink version from the supermarket, a sophisticated version of the stirred drink in a cocktail bar, or a fancy twist like a pineapple Negroni.

Also, on social media, the love for Negroni riffs and twists has no limits. From coffee-infused Campari liqueurs to experiments with different Vermouth and Gin combinations, there's nothing you can't find.

Since 2013, the drink is celebrated for an entire week each year - the so-called Negroni Week. Every year in September, bartenders celebrate the drink with countless riffs.

But the goal of Negroni week is not solely the praise of a classic recipe. It's more of a charity event where money is raised for a good cause.

More about the cocktail

Details are important when mixing a Negroni. Choosing suitable glassware, employing accurate measurements, and using the right ingredients all is vital.

To help you with that, here are some guides to help you master this recipe: