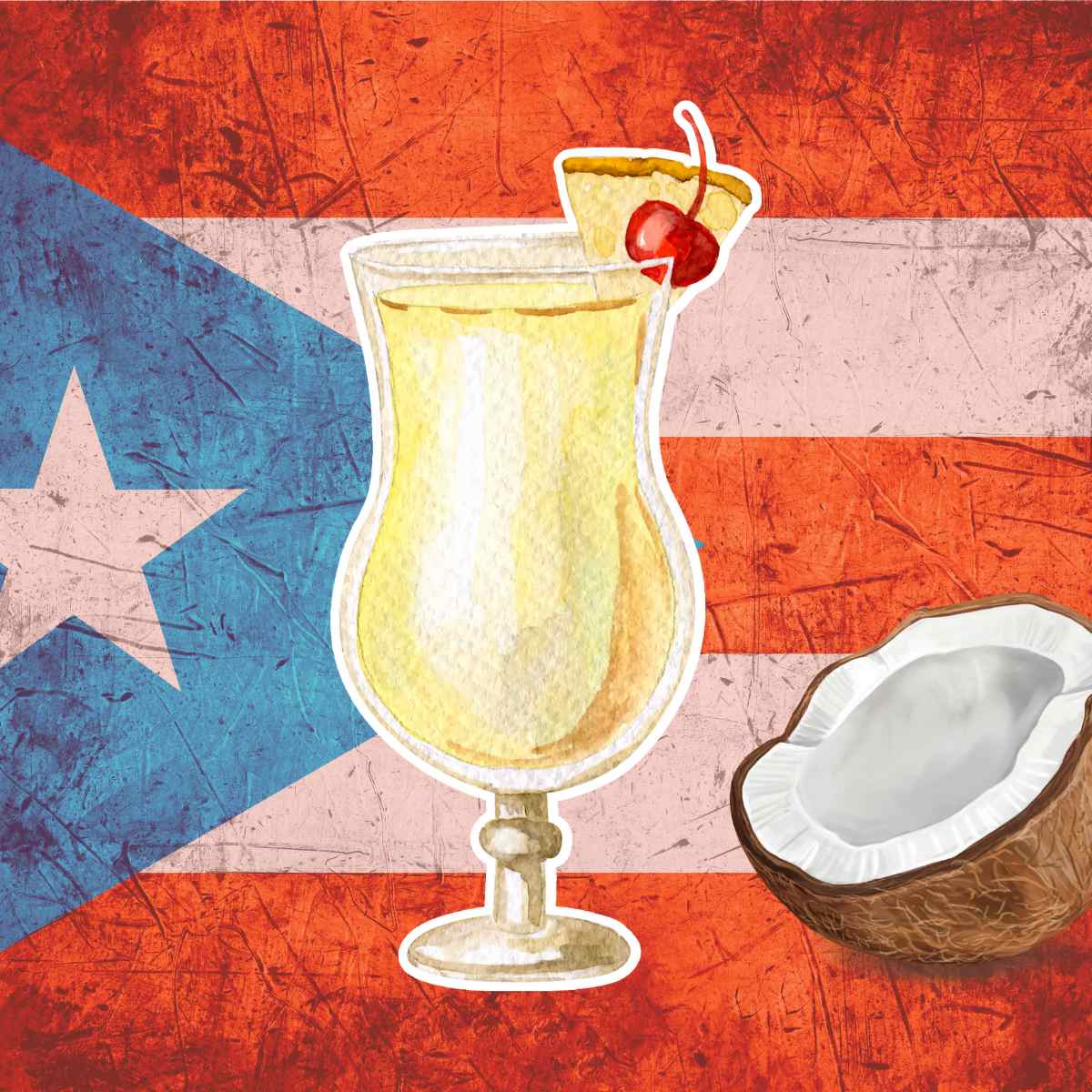 History of the Pina Colada

The Piña Colada is one of the best-known and most-ordered tropical drinks out there. It came straight out of the Caribbean, became part of the Tiki movement in the US, and, eventually, an indispensable cocktail classic.

A good Piña Colada is made with fresh pineapple, lime, Cuban Rum, and the secret weapon, cream of coconut. The iconic drink has been around for decades, if not longer. But who came up with the ingenious formula?

Origin of the Piña Colada Cocktail

As with many cocktails invented long before the digital age, it is impossible to tell with certainty who first created the Piña Colada. However, there are some theories based on historical documentation. So, let's look at the facts and the most promising stories:

For all we know today, the modern Piña Colada likely goes back to Puerto Rico of the 1950s. One of the currently most credible stories is that of the Caribe Hilton Hotel in the island's capital, San Juan.

Presumably, the bartender Ramón "Monchito" Marrero Perez had created the drink in 1954 while working at the hotel. That would roughly correspond with the time the first Cream of Coconut (Coco Lopez) - the key to a perfect Piña Colada- was invented by Ramón Lopez-Irizarry, a Puerto Rican Scientist.

Further, Pablo Torres (Caribe Hilton's General Manager) told CNN in an interview in 2019 that Monchito Perez first didn't have the tools and ingredients required. So his 1954 Pina Colada is based on a non-alcoholic version he used to make before:

"At the beginning, it was only the mix of coconut cream and pineapple juice. He didn't have Rum, and it was called a refresher. Back then, there were no blenders [on the island], so he would prepare the Piña Colada in a shaker, and then when the blenders came, we started adding Rum and crushed ice, and it became very popular."

Two other Puerto Rican bartenders contest the alleged ownership of their country's national drink. The first is Ricardo Garcia, a colleague of Perez at the Hilton Caribe, who claims the invention for himself.

The other is Ramón Portas Mingot. He declared to have invented the iconic drink in 1963 at the Barrachina Restaurant in San Juan. The restaurant's owners even put up a sign, stating that the Pina Colada was the achievement of their former bartender.

There's no reliable evidence to support either of the stories. Perhaps Mingot tweaked an already existing recipe in the 60s and created today's version of the Piña Colada.

Anyway, the first mention in a cocktail book is only from the late 60s. Nevertheless, for now, Perez seems the most likely prospect.

Regardless of its true origin, the tropical drink soon became so famous that, in 1978, the government of Puerto Rico officially declared it the national drink.

The Caribbean state made that declaration not only because the drink was so beloved within the country. By the 70s, its fame had advanced far beyond the Puerto Rican borders, and the officials wanted to make it clear to whom we owe this brilliant, tropical, refreshing cocktail.

Puerto Rico still takes a lot of pride in the invention of its world-famous creation. So much so that, in 2004, the Caribe Hilton hotel was presented with a proclamation signed by back-then Governor Sila María Calderón to honor the 50th anniversary of the invention.

Why many think a Piña Colada tastes bad

The drink became part of the Tiki Cocktail Movement in the US in the 60s. From there, it didn't take long for it to become famous all over the country and, eventually, in most other regions of the world. Rupert Holmes even dedicated an entire song to the drink in 1979.

However, as famous as the Piña Colada was by the 70s, it was also the start of its downfall. Years of cheap or entirely wrong ingredients thrown together in corny beach bars followed and earned the drink quite a bad reputation.

It became a trend to serve it in ridiculous glasses, make it with inferior quality ingredients, and artificial cocktail cherries. The way the drink was butchered by beach bars was embarrassing. Still, it continued for a couple of decades, and the Piña Colada more and more became a synonym for a cheap and low-quality cocktail.

But luckily, thanks to the modern craft cocktail movement, things changed, and this deliciousness returned to the menus of serious bars around the globe.

What does Piña Colada mean in English?

The term Piña Colada more or less translates to strained pineapple. Piña is the Spanish word for pineapple, and colada means strained or washed.

The term refers to the main ingredient and taste of the cocktail dominated by fresh pineapple.

One of the first written mentions of the Piña Colada, as we know it today, can be found on the cocktail menu of Señor Pico in San Francisco. Señor Pico was an invention of Victor Bergeron - best known for his Tiki bars "Trader Vic's" and a variety of tropical cocktail creations of his own.

This popular early mention (1964) and the Mexican-inspired concept of the place led some to think that Mexico was the birthplace of the beloved pineapple-coconut cocktail. - Instead of Puerto Rico, the actual home of the drink.

If you look back further, you will find that mixing Rum, pineapple, and/or coconut must have been a thing ever since Rum first saw the light of day.

There's a mention in a 1922-issue of the Travel Magazine mentioning a Pina Colada drink from Cuba. However, that does not include coconut and is closer to a Daiquiri made with pineapple.

And then, there's the tale of Roberto Cofresí, aka. El Pirata Cofresí, a Puerto Rican pirate from the early 19th century. The story goes that the pirate captain served his crew with his own version of the Navy Grog. Instead of daily Rum rations spiked with sugar and lime, he purportedly mixed pineapple juice and coconut milk into them.

The story certainly is not unlikely. Why wouldn't people mix three ingredients so readily available at the time? Still, the results would have been far from what we know today since, again, cream of coconut is the magic key to the drink.