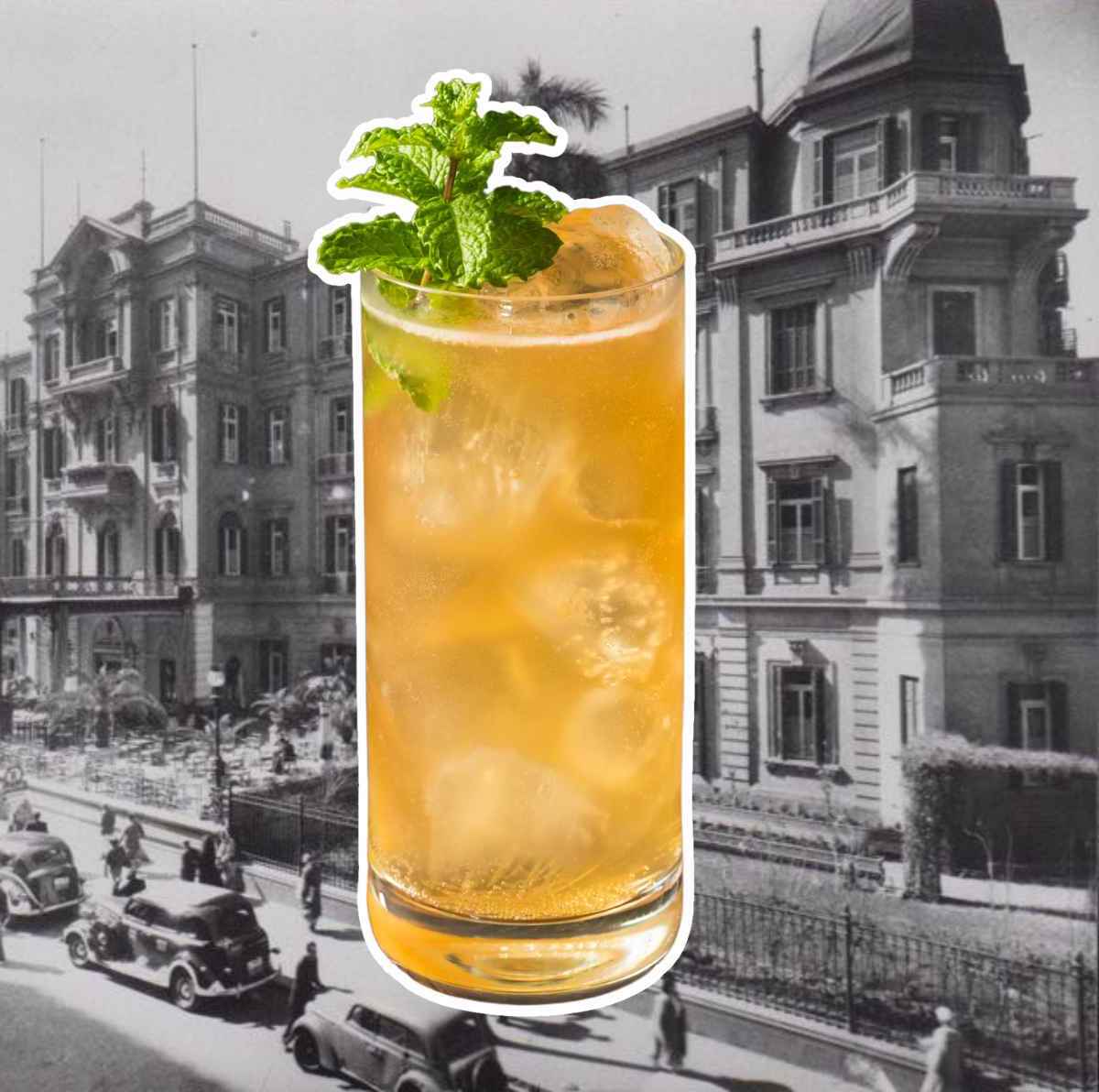 The History of The Suffering Bastard Cocktail

Not many popular cocktails in the world of mixology can say their origin lies in Africa. But the Suffering Bastard can.

The history of the Suffering Bastard and its inventor is a truly fascinating one. Invented during the Second World War, the drink helped fight the German forces around lieutenant Rommel.

There's also a Tiki version of the cocktail with the same name invented by Trader Vic. However, besides their name, both drinks have little in common. The Tiki version is based on two different types of Rum and looks more like a boozier take on Mai Tai.

The original recipe from Africa is made with Gin and either Bourbon or Brandy (Cognac). But from the beginning…

How the drink was invented

Joe Scialom is an Egyptian Jew with an Italian background. Born in 1910 in Cairo and raised in Egypt, he soon discovered his love for chemistry. As a trained chemist, he even went to Sudan for work. [1]

Eventually, he began using his theoretical chemistry skills for mixology and worked as a barman.

In 1937, during World War II, he was bartending at Shepheard's Hotel in Cairo, Egypt. At that time, British troops fought Erwin Rommel's troops and tried to push them back into Tunisia. [2]

Alcohol was a constant companion in times of war. At the same time, however, the supply of booze is a problem, as it was in Egypt during World War II. Consequently, the British soldiers soon struggled with bad hangover symptoms caused by consuming inferior liquor.

In an effort to help with what he could do best, Scialom developed a recipe that was supposed to act as a hangover cure for the allied troops. And he succeeded.

Also, in 1957, he was expelled from Egypt for unknown reasons. No one knows if this happened because he helped the British army during the war or due to another incident. [3]

When was the Suffering Bastard first made?

Historians agree that the drink was invented sometime in 1942. Due to mentioned liquor shortage, Scialom had to improvise and came up with a concoction of Gin, Brandy, bitters, lime, and ginger beer. This refreshing cocktail tasted good and helped prevent severe hangovers.

The drink quickly became very popular amongst British soldiers. So popular, in fact, that troops started telegramming the hotel to order more supplies. By the end of the battles, gallons of Suffering Bastards had been delivered right to the front lines.

There's an ongoing debate and some uncertainty about whether Bourbon or Brandy was used in the original recipe. For those arguing Bourbon was the original ingredient, we found one substantial objection to this theory:

Jeff "Beachbum" Berry held a lecture called “The Suffering Bastard: Joe Scialom, International Barman of Mystery.” For this, he tracked down Collette, the daughter of Joe Scialom, and interviewed her to learn more about her famous father. [4]

According to his research, the original recipe of the cocktail included some highly dubious components:

Black market Gin from South Africa, stolen Brandy from the British Army, lime cordial, and homemade bitters bought from a pharmacist across the street. Thus, Brandy seems to have been part of the original.

Riffs on the recipe

However, Berry also pointed out that -occasionally- the Brandy part was substituted with Bourbon when available. Scialom himself also experimented with Bourbon and named the creation with Brandy, Gin, and Bourbon the Dying Bastard.

Another popular riff from him even added Rum as a fourth spirit to the recipe. This highly potent concoction was named a Dead Bastard.

How Trader Vic's version fits in

The recipe from the book is similar yet not quite the same as this handwritten note from a bartender at the Trader Vic’s Bar in the Palmer House in Chicago.

This tiki version also stood out because it came in a signature mug called Suffering Bastard (like the drink) or Mai Tai Joe. It displays a person suffering from a hangover holding their head in pain.