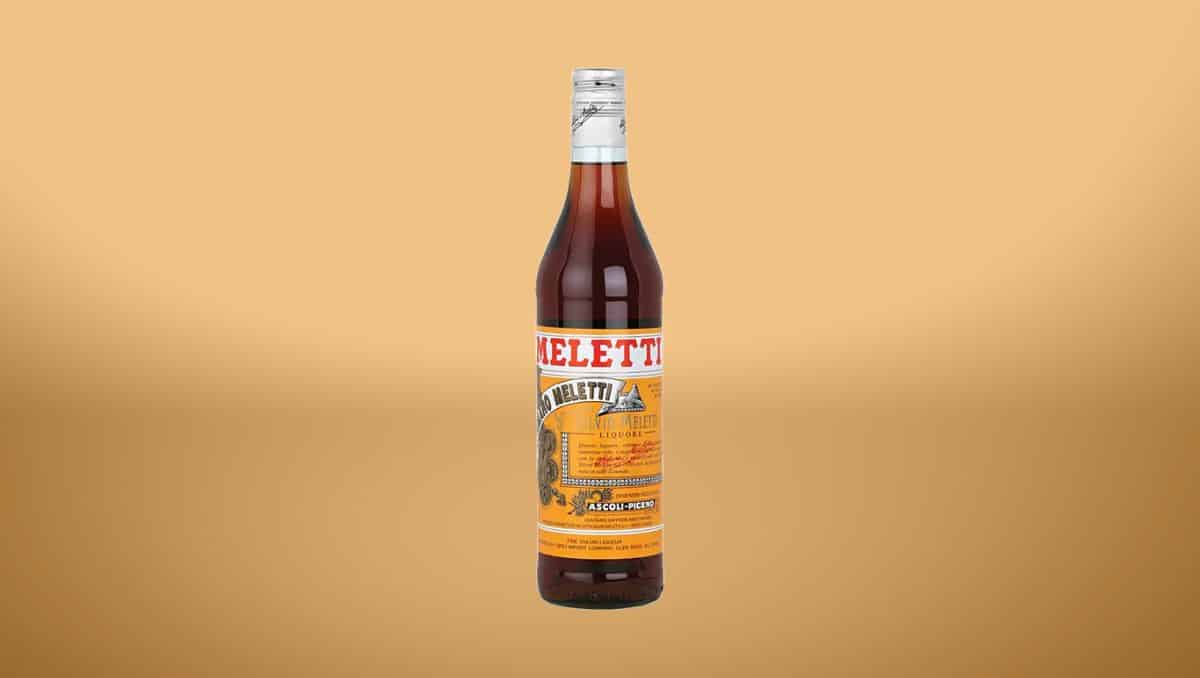 Amaro Meletti belongs to the category of Italian herbal bitter liqueurs, the Amari. Like other Amaro liqueurs, Meletti has its own secret recipe and distinct flavor profile.

Amaro is the Italian term for bitter. That perfectly sums up what you get. The popular Italian liqueurs are infused with different herbs, roots, and fruits to create a unique flavor. Amaro Meletti, for example, has a very characteristic aftertaste of caramel and saffron.

Each brand and product has its own secret recipe, making it hard to find suitable alternatives. But, due to the vast selection, you can usually find decent substitutes.

In the case of Amaro Meletti, we're looking for a rather sweet Amaro with floral notes which isn't as bitter as other Amari. So how to substitute Amaro Meletti if you don't have it at home?

Amaro Nonino and Amaro Averna are two of the best replacements. Both are rather sweet with subtle bitter notes. But there are also other options.

Below, you can find more detailed descriptions for each of the suitable Amaro liqueurs and how they compare in taste.

What is Amaro Meletti?

Amaro Meletti is an Italian herbal liqueur with a bittersweet taste. Meletti is produced in Le Marche, Italy, and contains 32% alcohol by volume (ABV).

The recipe of Meletti Amaro is secret, but some ingredients are known to be included in the mix. These are:

Besides the recipe, the special production process is the second thing that makes the liqueur stand out. A unique method of cold extraction, also known as percolation, is used to extract flavors from the ingredients.

The 5 Best Substitutes for Amaro Meletti

This list includes five alternatives that work great as a substitute for Amaro Meletti. The perfect choice does depend on whether you want to drink it neat or in cocktails.

So read the descriptions below to find out which suits you best. Now, here are the best Amaro Meletti substitutes.

Amaro Averna is one of the best ways to substitute Amaro Meletti. The bittersweet liqueur is bottled at 29% and often served on the rocks as a digestif.

It has a distinct flavor profile with savors like cinnamon, chocolate, and bitter orange with floral hints. The bitterness is relatively restrained, which makes it easy to mix in cocktails.

It is an amazing replacement for Amaro Meletti in mixed drinks and even works as an alternative when served on the rocks. However, on the rocks, I recommend substituting Meletti with Amaro Nonino.

Amaro Nonino is an excellent substitute for Amaro Meletti, neat and in cocktails. It's a relatively sweet Amaro liqueur with only a slightly bitter flavor.

Like Meletti, the flavor profile of Amaro Nonino contains notes of orange and caramel.

Amaro Nonino is based on Grappa and clocks in at 35% ABV. The Amaro is barrel-aged for up to 12 months prior to bottling.

Amaro Lucano has a sweet taste and a thick and almost syrupy consistency. It's similar not only to Meletti but also to Amaro Averna.

Contrary to other options in this list, Amaro Lucarno is more bitter. The flavor profile is strongly herbal with a spicy kick.

It isn't the best substitute when consumed neat but does work great as a replacement in cocktails.

CioCiaro is another alternative for Meletti to use for mixed drinks. The digestif liqueur has a dominant orange taste with floral hints. The color is considerably darker than the amber-colored Meletti.

The herbal liqueur has an alcohol content of 30%, which is only 2% less than Amaro Meletti. By the way, Cio Ciaro is also an excellent substitute for Amer Picon.

Ramazzotti is one of the most popular bitter liqueurs from Italy. It is produced in Milan, in the northern part of the country, with a large export volume to other European countries.

Bottled at 30% ABV, it contains a similar amount of alcohol compared to Amaro Meletti. The taste of Ramazotti is quite sweet, and instead of the floral aroma, it has notes of citrus, fruits, and licorice.

Despite the differences, it's still a decent alternative when served on the rocks and garnished with an orange wheel. And it's a nice substitute for Amaro Meletti in mixed drinks.