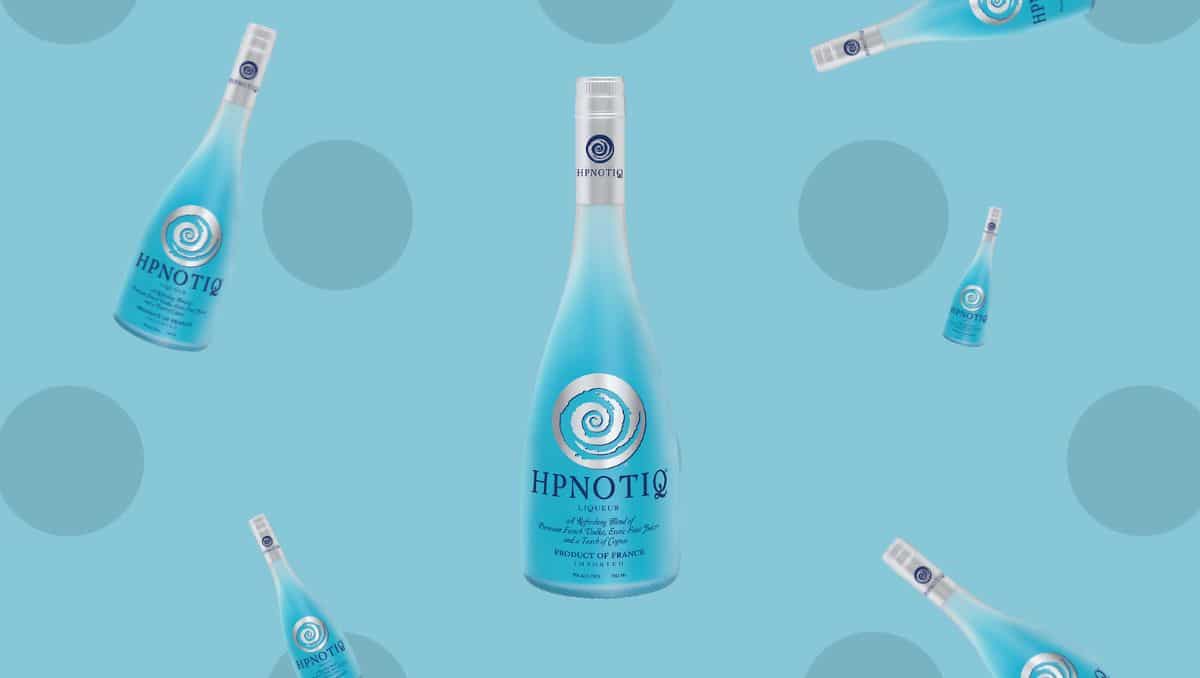 Hpnotiq is one of the bottles that will catch your eye in a bottle shop. And not only the bright blue color is attention-grabbing, but also the flavors are pretty intense.

Hpnotiq liqueur is a low-ABV liqueur (17% ABV) of bright blue color. It's made from French premium Vodka, tropical fruit juices, and Cognac. And the fact that the color is its main characteristic is not a coincidence.

The inventor of the fruity liqueur, Raphael Yakoby, was inspired by a bright blue perfume bottle and has set himself the goal to develop a liqueur in this color.

What is Hpnotiq liqueur exactly?

Hpnotiq is a blue-colored sweet liqueur flavored with tropical fruit juices like mango and maracuja.

It looks similar to another liqueur, Blue Curacao. Yet, the two have widely different flavor profiles, and you cannot use them as substitutes except if you're only after the color.

The origin of the blue Hpnotiq liqueur

Raphael Yakoby invented Hpnotiq liqueur in 2001. The reason why he came up with it is rather unusual. Yakoby got his inspiration from a bottle of blue perfume he saw at Bloomingdale's.

From perfume to liqueur

Enchanted by the perfume bottle, the college dropout living with his parents on Long Island began tinkering with different fruit juices and Vodka.

But the fitting recipe was not the only thing he needed. Raphael Yakoby needed money! Luckily his brother Solomon jumped in and invested $200,000 for 50% ownership of the company.

Solomon is also the one who brought in business connections. One of them was the relation to Nick Storm, an ex-Sony employee with a foot in the hip-hop scene.

However, Yakoby and Storm failed to convince major manufacturers of alcoholic beverages. Eventually, they decided to take matters into their own hands and started promoting the liqueur in various clubs.

Ultimately, Nick Storms' connection to rap and hip-hop artists was the key that made Hpnotiq successful.

The first appearance of the liqueur was in the music video of Fabolous’ “This Is My Party”. Later the blue liquor was mentioned and promoted by artists like R.Kelly, Kanye West, Ludacris, Diddy, Missy Elliott, and Jay-Z.

In 2003, only two years after the launch, Yakoby sold the brand for $50 million dollars to the Heaven Hills distilleries.

Since then, the product is produced directly in France, where most of the ingredients are sourced.

The ingredients of Hpnotiq liqueur

The base of the liqueur is a triple-distilled premium French Vodka and a Cognac blend aged in oak barrels for several years.

Hpnotiq smells like a mix of mango, pineapple, and passion fruit, and its taste is a mix of sweet and sour. The Cognac, though, is completely hidden behind the fruity flavors. It seems it is too small an amount to make a real impact.

In general, the liqueur is light, sweet, and sour. You can mix it with many ingredients to create some simple two or three-component cocktails.

For instance, Champagne or sparkling wines like Prosecco, Cava, or Sekt are good choices. Alternatively, you can add it as a side ingredient in classic cocktails.

An option is to add a bit of Hpnotiq to a classic Margarita, Gin, or Vodka Martini, or in a Gin Sour. Bringing in Hpnotiq will give them a tropical touch and change the color dramatically.

Check out some recommendations of Hpnotiq cocktails below.

The list of cocktails you could make with Hpnotiq is long. However, only a few can be considered more or less established drinks. The incredible Hulk is probably the most famous one of them all.

So, these are the best cocktails to make with Hpnotiq liqueur!

A sweet and fruity tropical liqueur like Hpnotiq mixed in a 1:1 ratio with Cognac is nothing you see everyday.

I have to admit, though, that this drink is oddly satisfying in a bizarre way. Flavors of sweet mango and passion fruit meet vanilla and oak, but the result is quite interesting. Probably due to the Cognac base of Hpnotiq.

The Hpnotiq Breeze is a bright and tropical Rum cocktail with lots of fruity flavors.

The mix of white Rum, tropical Hpnotiq liqueur, lime juice, and pineapple juice makes for a great poolside drink. -The bright blue color does the rest.

This twist on a classic Daiquiri brings in some tropical vibes. The color and fruity notes of mango, passion fruit, and pineapple make this drink one more delicious poolside cocktail. 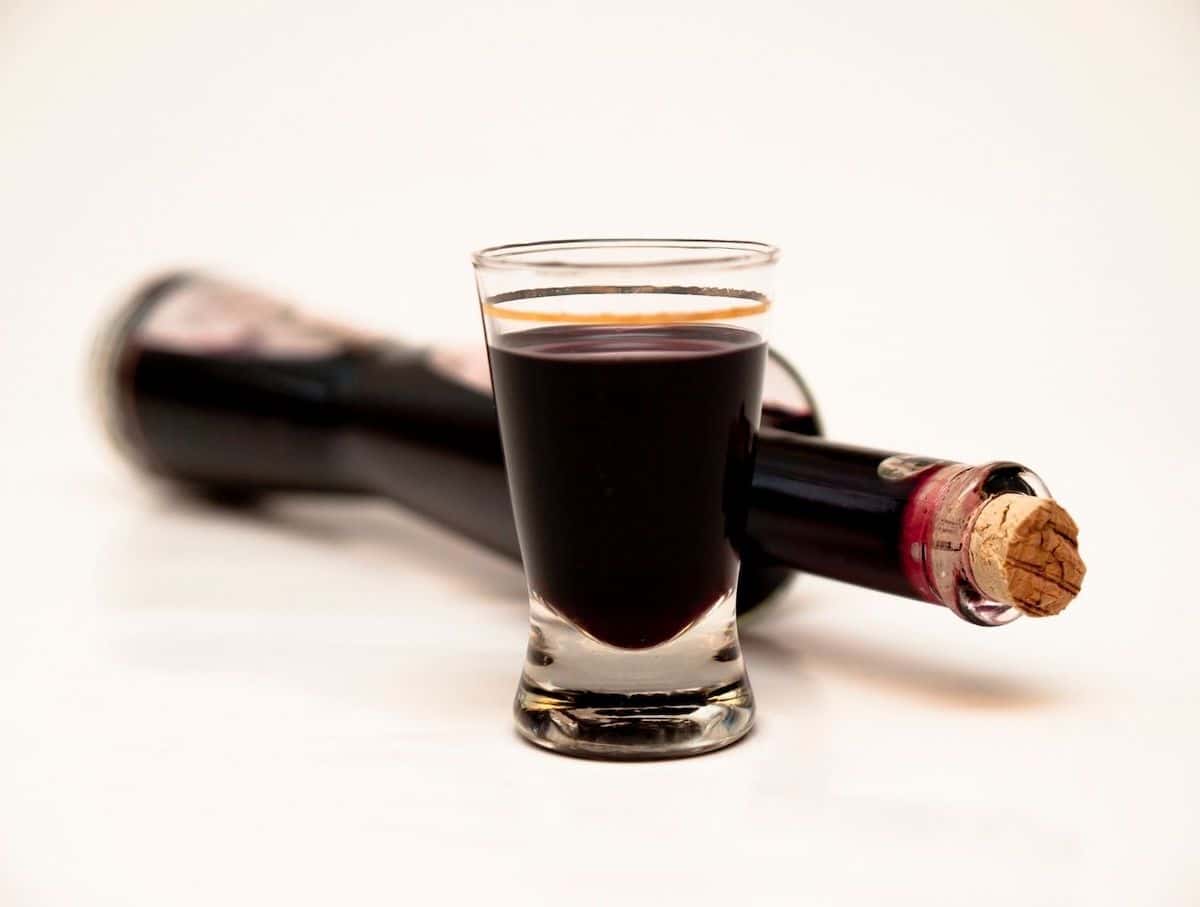 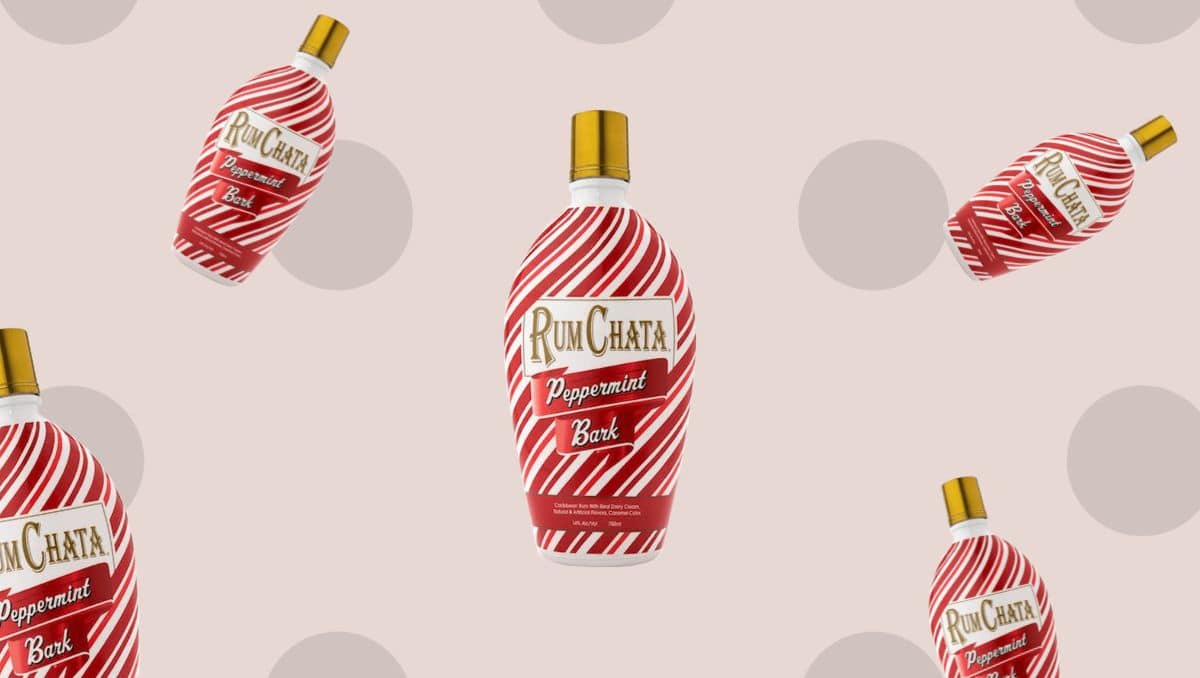