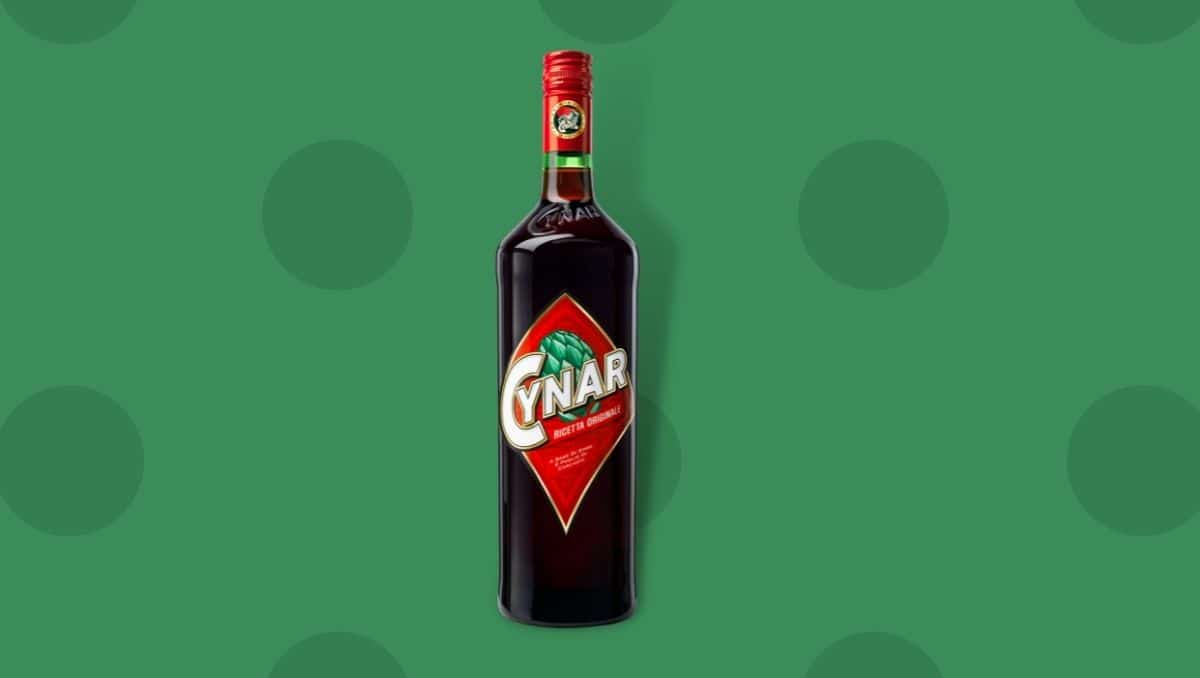 Cynar - An Italian Amaro made of Artichoke leaves

Cynar is a bitter-tasting Italian liqueur of the Amaro family. It is bittersweet with herbal notes and works perfectly in a Spritz cocktail.

Italian bitters or Amaros are among the essential ingredients for many cocktails. The most famous two are probably Campari and Aperol. Yet, there are many others worth talking about, and Cynar is one of them.

Cynar is bittersweet and has warm notes of toffee and caramel alongside the usual herbal taste. Its distinctive flavor profile is one reason why Cynar is currently a popular and trending option for cocktails.

Another reason why Cynar catches a lot of attention is the artichoke leaves that are a part of the cynar ricetta originale - the original recipe of the liqueur.

The recipe of Cynar is closely guarded. That doesn't come as a surprise, considering this is the case for many other Italian liqueurs and Vermouths.

In sum, 13 different herbs and plants are used to make Cynar Amaro. And, at least I can name some ingredients that most likely are part of the recipe: Gentian, lemon, fennel, and angelica are plausible components.

The only element we know to be included for sure is artichoke. Not only is the vegetable used for production, but artichoke leaves are also on the label of the bottle. And then artichoke, in Latin Cynara Scolymus, also lends its name to the liqueur.

Additionally, the artichoke leaves are a great deal responsible for why Cynar is a popular digestif.

When mixed with alcohol, the artichoke inhibits the receptors on your tongue that can detect sweetness.

When you drink or eat something after consuming the vegetable, the receptors are cleansed and then send sweetness "notifications" to your brain once again.

This complex process is why anything you eat or drink after artichokes will taste delightfully sweet.

Cynar is one of the younger Italian Amaros. Created in 1949 by Angelo Dalle Molle, Cynar was introduced to the public only in 1952.

The initial marketing strategy for the Italian market was as unique as it was successful.

For their ads, they placed a famous Italian actor (first Ferruccio De Ceresa, who later changed his name to Ernesto Calindri) in the middle of a busy street.

His task was to stop people passing by, then ask them to stop whatever they were doing and have a drink with him instead. The headline for this series of commercials was: "Cynar, against the attrition of modern life."

Everyone who has been to Italy knows the Italian love of la dolce vita, and a quick break from the busy life is always welcome. So, Cynar became pretty successful through this move.

However, outside of the country, it was less triumphant. The only region where the Amaro was remotely successful was South America. Luckily for the manufacturers, South America's general love for Italian bitter liqueurs also applied to Cynar.

Because the brand struggled to grow its customer base, it was sold to the Campari group in 1996. However, the recipe stayed the same, and after some years of stagnation, Cynar started to gain traction.

Its low ABV combined with a less bitter and more approachable taste eventually made it a popular replacement for Campari in various cocktails.

How does Cynar taste?

The taste is best described as bittersweet with herbal notes. But compared to other Italian Amari, the bitterness is less pronounced. In turn, the Cynar carries unusual sweeter notes like toffee and caramel.

Within the Amaro family, Cynar has a very peculiar place making it a borderline part of it. It's less bitter than Campari, less sugary than Aperol, and at the same time, less herbal than Fernet Branca or Averna.

How to use Cynar

Its extraordinary taste offers sensational options for using Cynar. In Italy, Cynar is predominantly consumed neat on the rocks, but the possibilities to use it in Spritz or other cocktails are endless.

For instance, it is beautiful in a Cynar Spritz, replacing the common Aperol as a base: Cynar combined with Italian Prosecco and a splash of soda water. The result is a balanced and less sweet version of this beloved Spritz cocktail.

Or stir a Cynar Negroni, replacing the Campari in the classic Negroni recipe with Cynar.

You will get a very different and less bitter version of this cocktail. In fact, many will find it a more approachable cocktail due to its mellow flavor and less pronounced bitterness of the drink.

Cynar is a very interesting Amaro bitter liqueur. It is almost impossible to compare with other Amari and offers a unique way to twist cocktails based on various Amaro liqueurs.