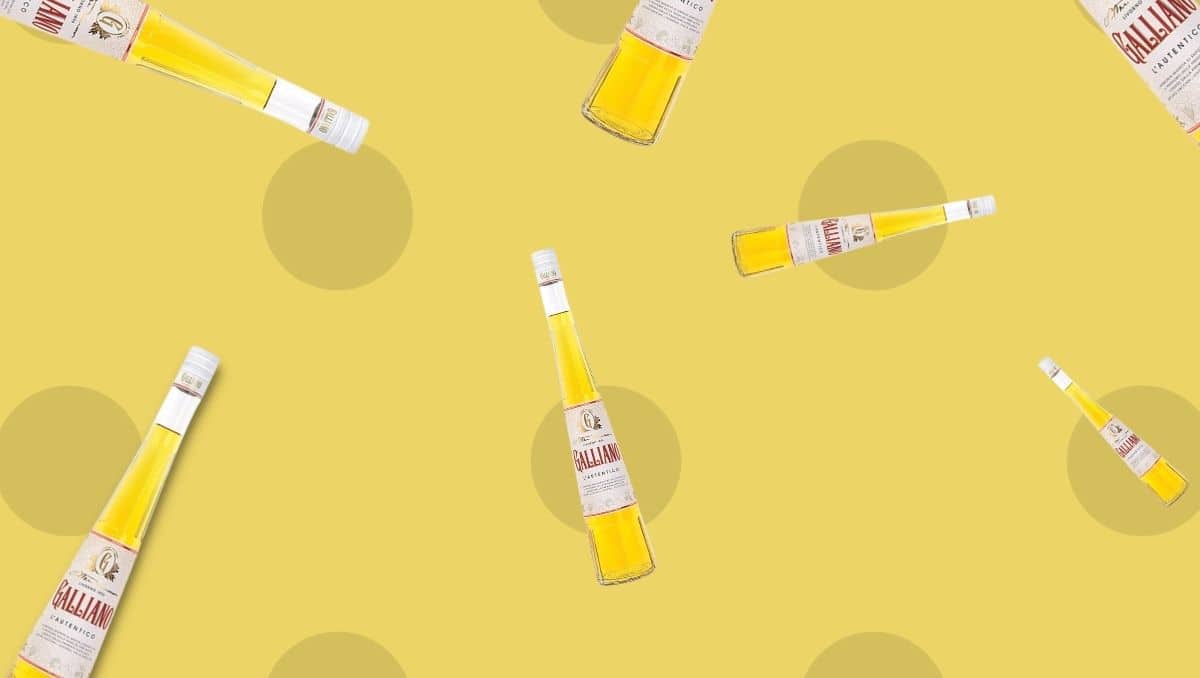 Galliano Liqueur - What is it?

The Galliano L'Autentico, better known as Galliano liqueur, is a yellow-golden, vanilla-flavored sweet herbal liqueur made out of 30 different ingredients.

Galliano liqueur or Galliano L'Autentico is a popular digestif, but it's also known for its use in cocktails like the Yellow Bird, Harvey Wallbanger, and the Barracuda cocktail.

For some of them, especially the Yellow Bird and the Barracuda, the Galliano brand even ran quite successful marketing campaigns. And these campaigns not only made the cocktails famous worldwide but cemented Galliano's place in the line of popular cocktail ingredients.

The sweet herbal liqueur was created in the late 1800s by Arturo Vaccari in Livorno, Italy. Due to him, Galliano is part of the great classic liqueurs from Italy in line with Campari, Cynar, Aperol, Amaretto, Maraschino, and others.

Read on and learn more about the yellow-golden liqueur that stars in countless cocktail recipes.

In short, Galliano is a sweet, vanilla-flavored, herbal liqueur of yellow-golden color. Compared to other liqueurs, it is in the mid-price range.

It usually sells for around $20 for a small bottle (0.375 l). And even though it's a liqueur, Galliano is still quite strong at a whopping 43% ABV.

The recipe is a secret, and as such, of course, not all its presumed 30 ingredients are known.

However, some of them are known, and so here's a brief list of ingredients that you'll find in Galliano L'Autentico liqueur:

Again, that's not an exhaustive list of ingredients, but one can already guess that the flavor and aroma of this liqueur are strong.

When pouring Galliano liqueur into a glass, the liqueur shows a deep yellow-golden color with slight shades of green.

The aroma is fresh. Notes of sweet peppermint mix with anise, juniper, and a distinct vanilla aroma.

The first sip is dominated by peppermint and anise and is immediately followed by a total flavor explosion. You can taste herbs, citrus, cinnamon, ginger, and hints of nutmeg.

The characteristic vanilla note is especially prominent in the aftertaste, where it creates a refreshing finish with peppermint and spices.

Overall, the taste is quite unique, and there is really no adequate substitute for Galliano. The complex flavor and unusual combination of ingredients are hard to replicate.

Arturo Vaccari, a distiller from Livorno in Tuscany, was the mastermind behind the sweet herbal liqueur. The first time he produced Galliano was in 1896.

Named after an Italian legend of this time, Maggiore Galliano, Vaccari's liqueur is most known for its distinct taste and bottle shape.

The tall and fluted bottle is reminiscent of the iconic ancient Roman columns, and the taste comes from 30 different ingredients.

Well, actually, there are discussions about the exact number of ingredients. Some say there are only 25. However, the recipe is unknown and strictly guarded, so it's almost to tell who is right.

I decided to follow the general opinion that Vaccari used 30 different herbal ingredients in his masterpiece.

In the 1970s, Galliano was a tremendous hit. Therefore, it is no surprise that most of the classic cocktail recipes asking for Galliano got created in the 70s.

During that time, Galliano just did an excellent job in marketing. Cocktails like the Yellow Bird or Barracuda would never have received that much recognition if it wasn't for Galliano.

Nowadays, its popularity faded. It became more difficult to find in stores, and it's also only used rarely for new cocktail creations.

Galliano appears in an impressive number of cocktails recipes. And two of them even are listed by the International Bartenders Association IBA.

So let's have a look at the most popular representatives of Galliano cocktails.

The Harvey Wallbanger is a tasty and easy-to-make cocktail. The drink consists of Vodka, Galliano, and orange juice and is closely related to the Screwdriver, a simple drink made of Vodka and orange juice.

When mixing a Harvey Wallbanger, make sure to use fresh orange juice. And add some cocktail bitters, as well. Otherwise, the drink will fall flat.

The Yellow Bird is a delicious Tiki cocktail originating in the Caribbean. The recipe includes Rum, Galliano, Cointreau, and lime juice and has a pretty fascinating history.

The Barracuda cocktail is a bright yellow Rum cocktail. It got invented by Italian bartender Benito Cuppari while he was working on a cruise ship.

When Galliano started promoting the drink, they designed a branded ceramic pineapple mug, which many guests took home as a souvenir.