Here's an overview of the best and most popular Tiki Cocktails. These tropical drinks will make you want to jump onto the next plane to the Caribbean in an instant.

Tiki Cocktails - or tropical cocktails as they should actually be called - did become a thing in the mid-1930s, when prohibition ended in the United States.

Since then, the fruity, sweet, Rum-based drinks have seen many ups and downs. -Mainly because the fruit juices make them excellent party drinks you can butcher with cheap spirits and overly sweet juices made from concentrate.

Plus, one of the evergreens in Tiki cocktails is grenadine - the bright red syrup made from pomegranates that has a bad reputation for being overly sweet and tasting artificial.

A good workaround is using homemade grenadine to maintain a more natural taste. If that's too laborious, go with quality syrup brands like Monin.

So, when you treat Tiki drinks with the same respect as you make an Old Fashioned, Negroni, and the other refined cocktail classics, you get some seriously delicious summer drinks.

Tiki Cocktails are a bit difficult to define because they sprung from a fantasy of one - and later of two- individuals. So, unlike the name suggests, there's no actual cultural background behind the concept.

It's more a term that includes all sorts of drinks featuring tropical ingredients and radiating a beach vacation mood. That is also why there's a constant debate on which cocktail is Tiki and which is not.

The obvious way to look at it is to check which recipes were invented by the two Tiki legends Donn Beach and Trader Vic.

However, that would require you to know their recipe books in and out. And it would exclude modern recipes, as well.

So, it's easier to define a cocktail as Tiki by looking at its ingredients: They all have Rum, lime or lime juice, and sugar as the base.

There are exceptions, though. A Rum Sour, for instance, is not considered Tiki, even though it contains all three elements. A Painkiller, in turn, is considered Tiki despite working without the lime.

So, additionally, Tiki cocktails usually also feature fruity and sweet components, and often they have a pretty long list of ingredients and flamboyant garnishes.

If you want to know more about Tiki culture and how it came about, read this article on the history behind Tiki cocktails.

This list of Tiki drinks is not complete. The number of cocktails Donn Beach and Victor Bergeron thought up is sheer endless.

But it should give you a good overview of the most popular creations and a good base for your next beach party.

The Zombie is one of the most legendary Tiki cocktails. Together with the Navy Grog and the Mai Tai, it is the so-called Holy Trinity of Tiki. Its long list of ingredients includes different types of Rum, Pernod, pineapple and lime juice, syrups, and bitters.

The Navy Grog is one of the first cocktails in history, and was born out of necessity. Unlike most other Tiki cocktails, its list of ingredients is short: Rum, lime, water, and sugar syrup.

Mai Tai is the third pillar of the Holy Trinity of Tiki. Trader Vic is credited with the invention of this beautiful blend of two types of Rum, Curaçao, lime juice, and orgeat.

The Hurricane cocktail is another fruit bomb with roots in New Orleans. It also lent its name to the famous Hurricane glass and contains three types of Rum, lime, orange, pineapple, passion fruit, sugar syrup, and grenadine.

With this cocktail, you have to be careful to get the balance right. It can turn out overly sweet really quickly.

Featuring ginger beer, the Dark n Stormy is a welcome diversion from fruity Tiki drinks. Apart from the spicy brew, the recipe calls for Rum, lime, syrup, and Angostura bitters.

The Rum Runner most likely was invented in a bar at Islamorada in the Florida Keys. It contains aged Rum, Giffard Banane du Brésil, Crème de Mûre, pineapple juice, lime juice, and grenadine.

The Bahama Mama is a relatively well-balanced Tiki cocktail. Apart from the standard ingredients like Rum, pineapple, and lime, it calls for coconut and coffee liqueur. The latter brings a hint of bitterness without taking away from the tropical vibes.

A Piña Colada can be incredibly easy to make. But when you want to get it right, you need to put more effort into preparing the drink. The recipe for this iconic drink includes cream of coconut (not coconut cream), aged and unaged Rum, limes, and fresh pineapple.

Basically, the Painkiller is a Piña Colada spiked with orange juice. It is a little easier to make, though.

The Scorpion includes Cognac, which you won't often find in Tiki drinks. Apart from 0.75 oz of the French quality brandy, the recipe calls for 1.5 oz Rum, 2 oz orange juice, 1 oz freshly squeezed lemon juice, and 0.5 oz orgeat. All ingredients are blended with a cup of crushed ice.

The Blue Hawaii is a typical Blue Curaçao drink and sports a smurf-like color with a slightly tart taste.

Both are blue-coloured Tiki Cocktails, but the Blue Hawaiian is a blended drink with 1.5oz white Rum, 1.25 oz Blue Curaçao, 1 oz Cream of Coconut, 3 oz pineapple juice, and only 0.25oz of freshly squeezed lime juice.

The Jungle Bird is a Tiki drink with Southeast-Asian roots, or at least it was served there for the time, in Kuala Lumpur, to be precise. The unconventional mix features Rum, lime, Campari, pineapple, and demerara syrup.

The Beachcomber cocktail is a rarity in Tiki cocktail culture. It's an entirely colorless drink, traditionally garnished with only a lime wheel. To make it, you need 1.5 oz white Rum, 0.75 oz triple sec, 0.5 oz lime juice, 1 tsp of maraschino liqueur, and 1 dash of simple syrup.

The Singapore Sling is actually older than the whole Tiki cocktail movement itself and does not contain Rum. But due to its tropical flavors, many consider it part of that category.

The list of ingredients for the Singapore Sling is long and complex, including Gin, Heering cherry liqueur, D.O.M. Bénédictine, Grand Marnier, wine, lime and pineapple juice, bitters, and soda.

The Planter's Punch is another widely known Tiki drink, and it's also one of those easier to make. It only calls for Rum, lime, simple syrup, soda, and bitters.

Last but not least another one of Donn Beach's Tiki creations: the Pearl Diver cocktail. It's made with 1.5 oz aged Rum, 0.5 oz Demerara Rum, 0.5 oz of Don's Gardenia Mix, 0.5 oz fresh lime juice, 0.5 oz fresh orange juice, and one dash of Angostura bitters. 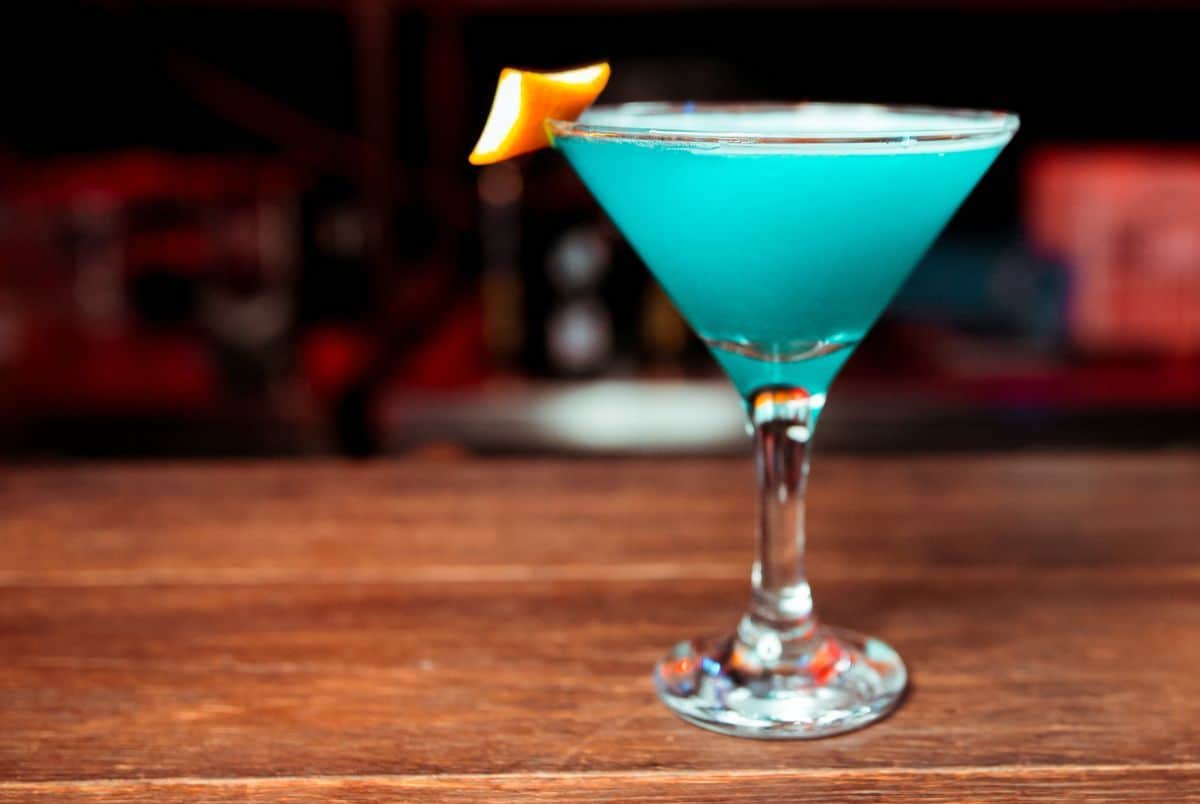 3 comments on “The 20 best Tiki Cocktails”