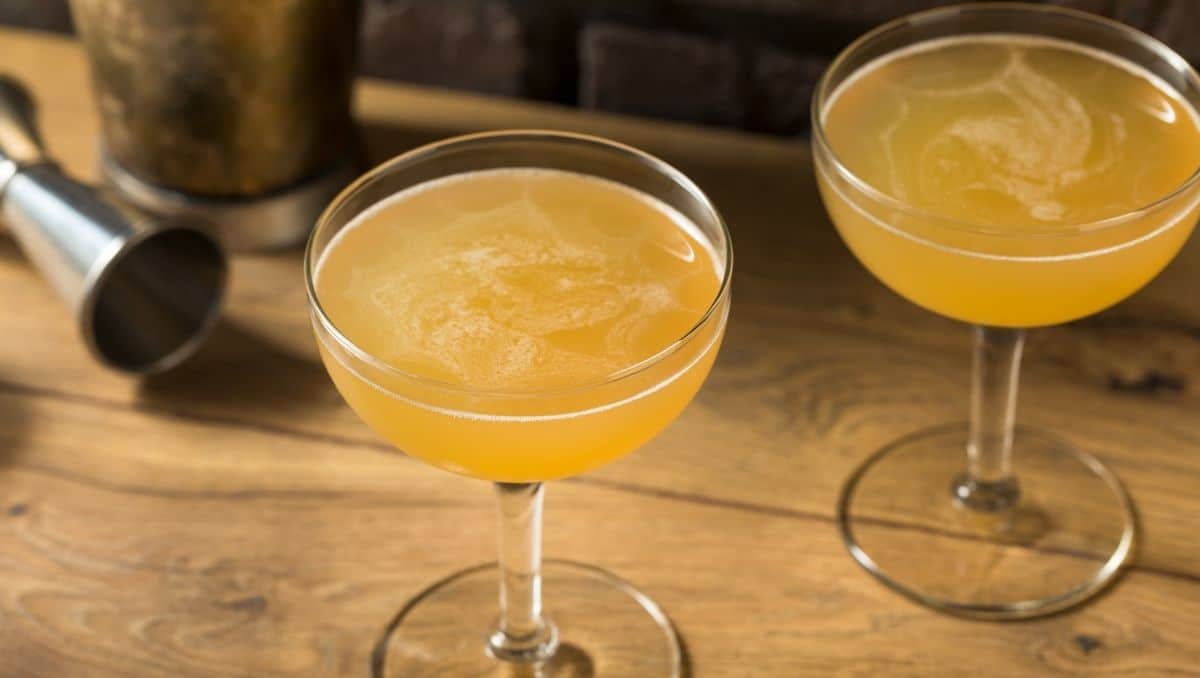 The "Between the Sheets" is a riff on the classic Sidecar cocktail. It is a delicious blend of Cognac, light Rum, triple sec, and fresh lemon juice.

The Sidecar is a cocktail with a long history. A drink that has been there for ages and that's frequently available on bar menus around the world. Its cousin, the "Between the Sheets" cocktail, is not quite that famous. Nonetheless, it carries bright and tangy flavors that are definitely worth a try.

In the classic Sidecar recipe, Cognac is the base of the drink. For the Between the Sheets, a split-base of Cognac and Rum adds more complexity.

History of the Between the Sheets cocktail

There's not much information on the history of the cocktail, but I want to share the few things I found out.

Invented by Harry MacElhone, the Between the Sheets is a descendent of the traditional Sidecar recipe. MacElhone is a famous bartender who has been credited with other creations like the White Lady. The Between the sheets, too, was created in the famous "Harry's New York Bar" in Paris, France. The exact time is unsure, but it's commonly believed that it was during prohibition. Most likely between the late 1920s and the early 1930s.

Unlike the traditional Sidecar, his new creation is a split-based cocktail. And apparently, it may be that this reflects in the name of the cocktail -something that is in-between. At least there's no better answer on why the drink got named Between the Sheets.

The split base of Cognac and light Rum makes the cocktail more complex than its traditional cousin, the Sidecar. The rich flavors and aroma of aged Cognac blended with the fresh, crisp, and tropical taste of white Rum create a distinct flavor profile for the base of this cocktail.

To get a decent base, invest in a quality Cognac and Rum. For the Rum part, a solid unaged white Rum like Bacardi Carta Blanca is fine. The Cognac part will be a bit more expensive but without breaking the bank. A V.S. or V.S.O.P. Cognac is sufficient and will deliver beautiful results. You can also opt for a Remy Martin 1738 and get a great cocktail out of it.

For the triple sec, I usually choose Cointreau. It's my go-to triple sec and is always in stock in my home bar.

Freshly squeezed lemon juice and simple syrup will round off your Between the Sheets drink. If you feel the drink might need a richer mouthfeel, try using a rich simple syrup (ratio of 2:1) instead of the normal 1:1.

My measurements below are not exactly the traditional take on the cocktail. The original recipe requests a full ounce of each Rum, Cognac, and Cointreau. Combined with just a bit of lemon juice and syrup, the resulting drink is quite strong.

In my recipe, I reduced the amount of the three base spirits to create a better balance between the elements without changing the character of the cocktail.