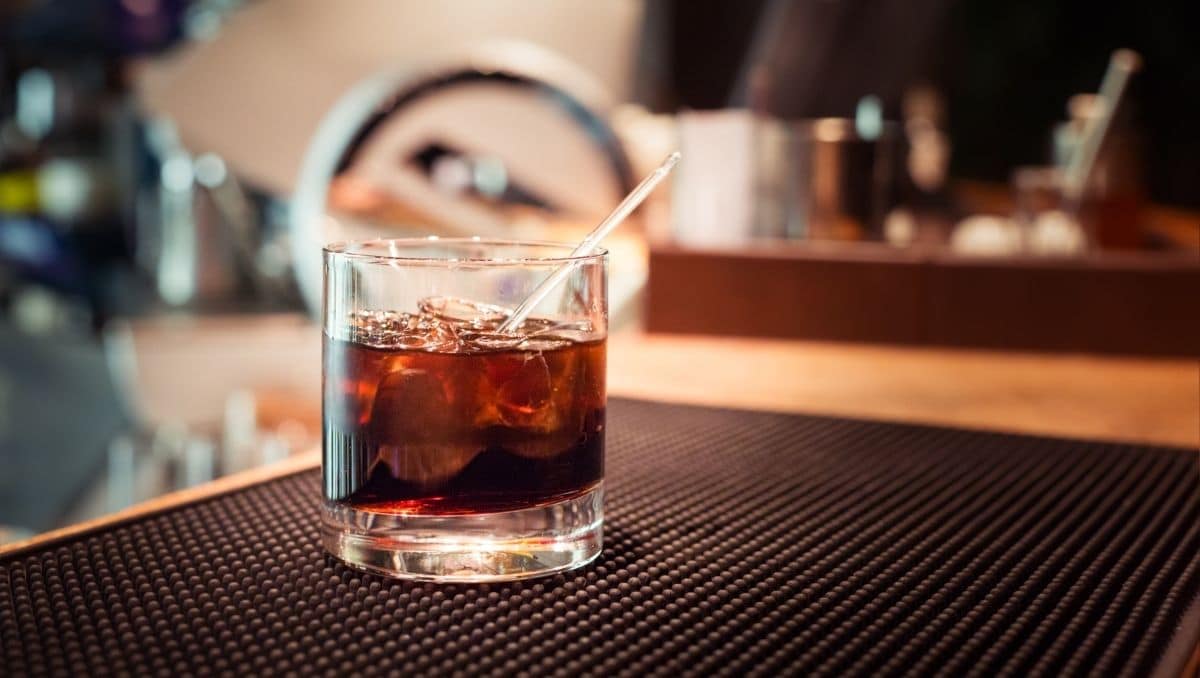 The Black Russian is a simple two-ingredient cocktail. The blend of coffee liqueur and Vodka is delicious and has been the base for many variations.

The IBA (International Cocktail Association) lists a large variety of complex cocktails. But it also includes drinks that are pretty simple in terms of ingredients and preparation. A perfect example of this is the Black Russian.

The easy-to-make cocktail consists of only two components: Vodka and coffee liqueur, which make for a delicious drink. Because the list of ingredients for a Black Russian is that short, balance is crucial. The ratio will define how sweet your cocktail is.

History of the Black Russian

The Black Russian recipe was invented in the late 1940s by Belgian bartender Gustave Tops. Back then, Tops used to work at the bar in Hotel Metropole in Brussels - the capital of Belgium.

He created the Black Russian drink to honor the American Ambassador, Mr. Perle Mesta, who was one of his regular guests.

The first element is Vodka, the symbol of Russian (drinking) culture. The second one is Kahlúa, which is a famous coffee liqueur from Mexico and made of arabica coffee beans, sugar, and Rum.

Thus, the name of the dark and boozy cocktail reflects the mix of both ingredients. And when the cold war began, the reference to Russia became even more timely as Russia was a daily topic during these days.

Vodka has a significantly higher proof than Kahlúa. But the liqueur has a high alcohol level, too. Therefore, both of them combined will make a seriously potent drink.

And when you further consider that the classic ratio for a Black Russian is 2:1 (Vodka to Kahlúa), you know you will get a cocktail that could blow your socks off.

Prepping the drink is very simple. It gets stirred with lots of ice and strained into a chilled glass with fresh ice. And as with many simple recipes, there's plenty of room for twists and riffs. So there are many popular variations on this drink.

The most popular variation of the drink is the White Russian. In fact, nowadays, it is even more popular than the classic version.

Adding fresh cream turns the Black Russian into a creamier and silkier cocktail. Invented already in the 1960s, it was a movie from the 90s that brought the drink to fame.

The movie is called "The Big Lebowski" and became a cult. That made the drink famous as well. In the film, Jeffrey "The Dude" Lebowski's favorite drink was the White Russian, which he often referred to as the "Caucasian".

Other famous twists on the classic recipe are, for instance:

And this list goes on and on. It is not even close to being complete. The Black Russian recipe from Gustave Tops is the base for many more drinks.

If you like the Black Russian and are looking for more cocktails with Kahlúa, I recommend to check out our posts about Espresso Martini or the Dirty Horchata.