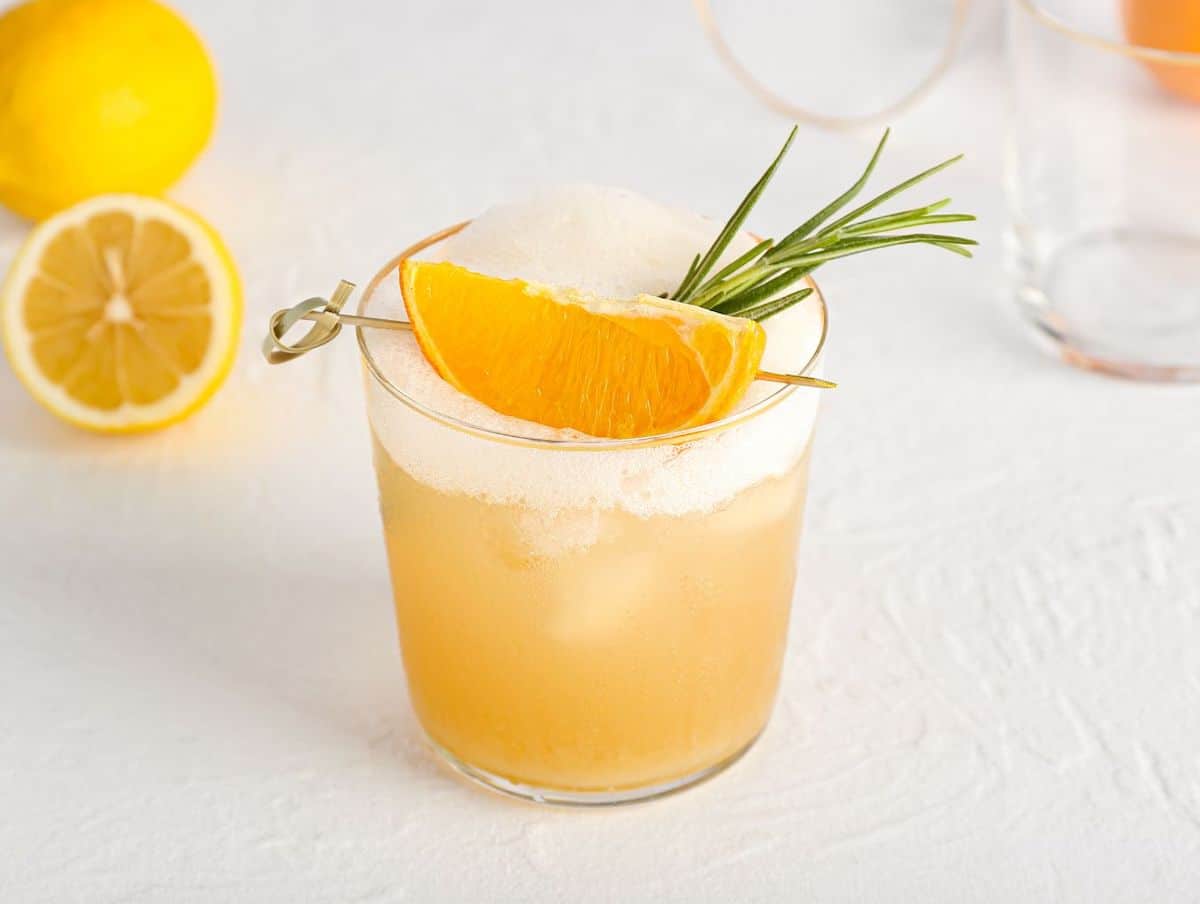 The Bourbon Sour is one of the most popular cocktails made with Bourbon. It follows the classic template of sour cocktails and can easily be tweaked.

A Bourbon Sour is a particular type of Whiskey Sour. Usually, that drink is based on either Rye Whiskey or Bourbon. So by renaming it and replacing Whiskey with Bourbon, you automatically define the base spirit.

I have to admit, that sounds petty. But then again, generally, a Whiskey Sour can contain any kind of Whiskey. So, if nothing else, the distinction is specific and convenient for a bartender. After all, Bourbon tastes a lot different than Rye or Scotch Whisky.

The choice of Whiskey does matter. Depending on the spirit you use, the taste and aroma of your sour cocktail will vary notably. While a Scotch Sour brings in a peaty smoke flavor, a classic Bourbon Sour is definitely a sweeter version of the cocktail.

The template of a Bourbon Sour

Like all sour cocktails, the Bourbon Sour follows the template of spirit base, sour element (fresh lemon juice), and sweetener.

The combination of sweet Bourbon and zesty lemon juice gives a nice balance to the drink. Its sweetness soothes the harsh acidic flavors of the lemons. Combined with a bit of simple syrup, this cocktail is an absolute winner.

Egg white in a Bourbon Sour

Egg white in cocktails is a bit of a controversial topic. Some love it. Others hate it.

But we surely can all agree that a drink with a frothy foam on top looks nicer. -And additionally, egg white also creates a richer mouthfeel.

If you're still not convinced, you can use a vegan alternative called aquafaba. Aquafaba may have a fancy name, but in the end, it's just chickpea water. It creates a beautiful foamy top without using raw egg white.

If you want to try it out or learn a bit more about this topic, please refer to our guide about egg white vs. aquafaba.

Best Bourbon for a Bourbon Sour

We have some excellent options of Bourbon Whiskey for a Bourbon Sour in our selection of best Whiskies for a Whiskey Sour. Our favorite Bourbon picks include the following three options.

This super smooth Bourbon Whiskey is distilled at Buffalo Trace Distillery. Buffalo Trace is known to produce some of the most popular Bourbons out there.

Eagle Rare is one of these memorable spirits. It's a carefully crafted Bourbon with subtle notes of coffee, leather, and oak. It's an excellent base for a Bourbon sour and impresses with a perfectly balanced taste.

Elijah Craig's Bourbon has an unusual flavor profile with lots of pepper and spice notes. In combination with a whopping 47% ABV, it's a bold Bourbon to use in a cocktail.

Thanks to its perfectly balanced flavors, you likely won't notice the high proof. Instead, it blends nicely with fresh lemon juice and simple syrup, creating a well-rounded drink.

Woodford Reserve Bourbon is the perfect choice if you like a quality Bourbon with a traditional flavor profile. It's a medium-bodied Whiskey with a well-balanced, mild, and sweet taste.

The flavor profile includes subtle hints of vanilla and honey. When sipping it neat, the spirit might almost taste a little too mild or bland. But this subtleness and mildness make Woodford Reserve Bourbon blend so well with lemon and simple syrup.