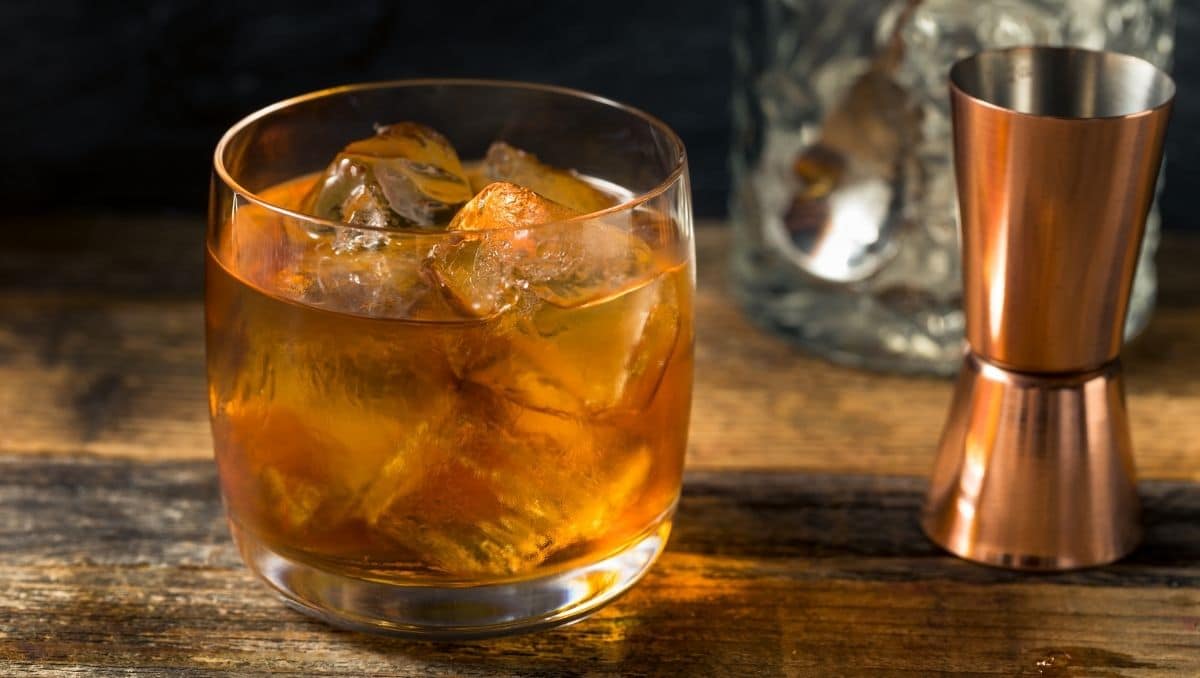 The French Connection is a simple two-ingredient cocktail made of Cognac and Amaretto. Despite the limited ingredients, it is a tasty and complex drink.

Made of fine Cognac and Amaretto, the French Connection is a delicious member of popular Brandy cocktails. Both ingredients go perfectly together and create a very complex flavor profile. Cognac lends the drink a deep and very fruity base that blends well with the sweet almond taste of Amaretto. This sweetness makes the composition a perfect after-dinner cocktail.

Another after-dinner drink from the same era is the Godfather cocktail. The Godfather has a very similar approach. The only difference is the base spirit as the Godfather usually bases on smokey Scotch Whiskey instead of Cognac.

History of the French Connection

The French Connection got his name from a 70s movie with the same title. This crime thriller from 1971 starred Gene Hackman, Fernando Rey, Roy Schneider, and more. Funnily, the Godfather cocktail has a similar background. It, too, was named after the corresponding movie, which was released only one year after French Connections. It seems as if that was some kind of trend back then.

So far, so good. But sadly, we do not know who actually invented the French Connection drink. There's hardly any information on by whom or how the cocktail got made for the first time. It just appeared out of nowhere.

And for those of you thinking that the French Connection is just a riff on the Godfather with a different base spirit. In fact, it is the other way round. As explained above, the drink already existed when the legendary Godfather movie was released. But as more people are familiar with the Whiskey-based Godfather, the French Connection is often wrongfully regarded as a copycat drink.

As simple as the drink seems to today's standards, in the 70s, that kind of two-ingredient cocktail was quite unusual, classy, and sophisticated. In a time were colorful and overly sweet disco drinks were trending, cocktails like this or the Rusty Nail, indeed, seemed very cosmopolitan.

Ingredients of the French Connection

The base of the cocktail is Cognac. Cognac is a specific type of Brandy originating from Cognac, a district in the French Charente region. The production is strictly regulated, making it a consistently high-quality spirit. There are different types of Cognac ranging from young (VS) to slightly aged (VSOP), up to aged-for-a-long-time (XO).

For the cocktail, you can use any of those, no matter how long it aged. A younger Cognac will create a more fruity and fresh drink, while an XO-based drink will carry more notes of vanilla and oak developed during aging in wooden barrels.

Amaretto is a sweet Italian liqueur made of almonds and pits from stone fruits. Besides Maraschino, Campari, and Cynar, it's one of the most often used Italian liqueurs - at least when it comes to cocktails. And even though Amaretto is pretty sweet, it works exceptionally well in cocktails when done right.