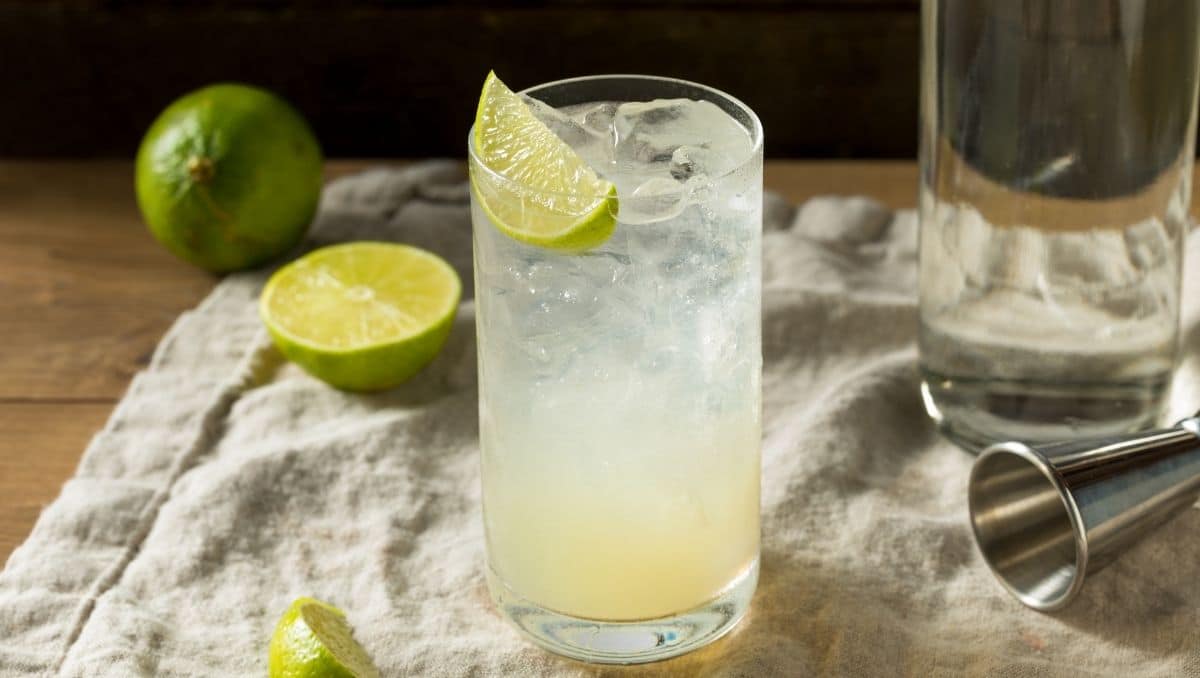 The Gin Rickey is an easy-to-make three-ingredient cocktail that initially started out as a Whiskey cocktail. And since 2011, the Rickey cocktail is also the official drink of the city of Washington.

For a perfect Gin Rickey, you need only three ingredients: Gin, fresh lime juice, and chilled soda water. Since the drink works beautifully without additional sweetening, it is relatively low in calories.

And unlike the majority of other cocktails, the Rickey cocktail is a drink with a well-documented history. So let's find out more about this drink and how it became the official cocktail of Washington, D.C.

History of the Gin Rickey cocktail

The story of the Gin Rickey cocktail begins in Washington during the 19th century at a place called Shoomaker's bar. Shoomaker's was a popular venue that opened in 1858 and was owned and managed by two German immigrants.

It was there a bartender named George A. Williamson created the first-ever Rickey cocktail in the 1880s with Bourbon.

Only a decade later, a twist using Gin instead of Bourbon was what made the cocktail popular. So popular, in fact, that it was later declared an official cocktail of the city of Washington. -But why was it named Rickey?

The drink owes its name to Joe Rickey, a Democrat living in Washington when Williamson invented the drink, who had a fondness for sugar-free drinks.

His favorite drink used to be classic Bourbon Soda Highball. The story goes that the Rickey cocktail was a co-production by Rickey and Williamson when they experimented with adding lime to the simple two-ingredient recipe.

Other guests quickly picked up the name and kept on ordering a "Rickey" or a "Joe Rickey". The drink's popularity grew, and soon twists on the recipe came up.

And decade after the first Bourbon Rickey was served to a customer, the Gin Rickey came around. And with it, the orders and the enthusiasm for the drink skyrocketed.

The Bourbon-lime-soda combination already had worked well, but Gin with its various botanicals was an even better match.

The Gin Rickey was a super successful cocktail for decades. It even appeared in "The Great Gatsby" in 1925. Almost 100 years later, in 2011, it became the official cocktail of Washington. Every July, bars in Washington celebrate the cocktail by calling out "Rickey Month".

Which Gin for a Gin Rickey

The taste of a Gin Rickey heavily depends on the choice of Gin. But with so many different Gin types available, it is always a challenge to choose.

My suggestion here is to keep it traditional. Back in the 1890s, there weren't that many brands and types. Most were juniper forward with only slight differences in taste. Thus, I recommend a classic London Dry or Dry Gin with a strong juniper note.

Sipsmith'S VJOP is a good choice if you prefer something strong. VJOP stands for Very Junipery Over Proof. And juniper is what you get, alright. Other great options are a classic Tanqueray 10 or Beefeater 24.

How to make a proper Gin Rickey

You don't need much to make a decent Gin Rickey. Unlike most cocktails, you don't have to use a cocktail shaker or mixing glass. Instead, you can build the drink directly in the cocktail glass.

And all that's required to make a Gin Rickey at home is:

Fill ice cubes into your glass and let it cool down for a minute. Also, refrigerate your Gin and soda water before using them. Otherwise, the ice melts too fast, causing unwanted dilution.

Once the glass is cooled down, add Gin and lime juice first. Then fill it up with soda water and quickly stir the drink before drinking.