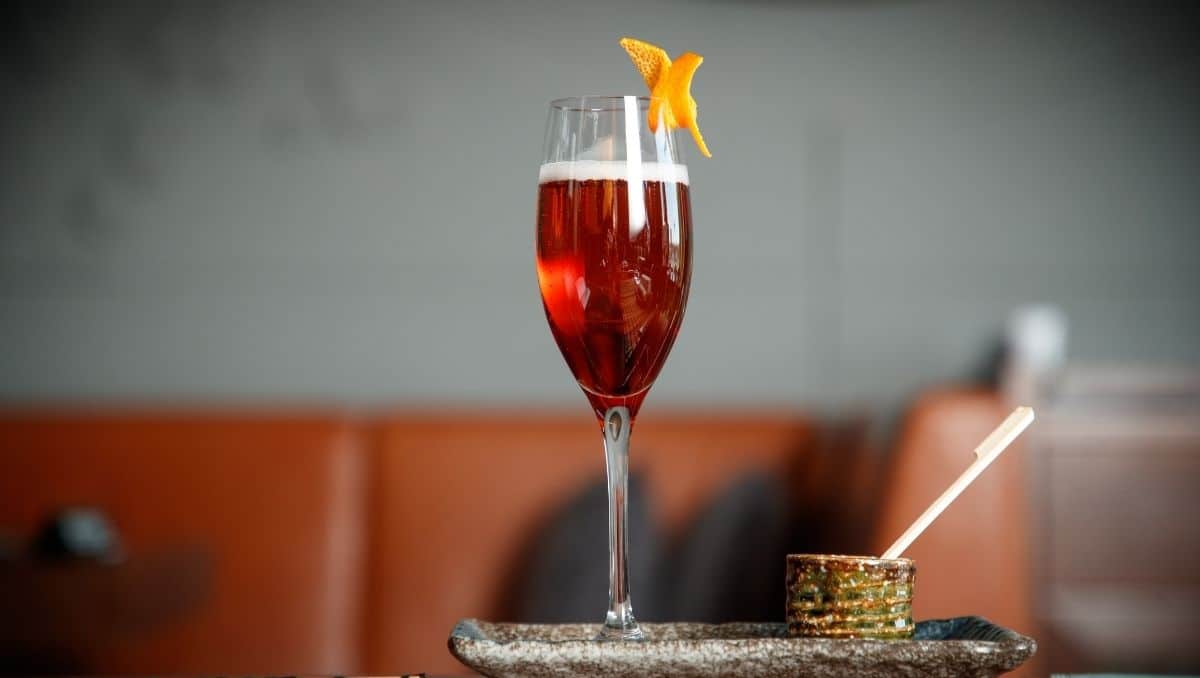 The Kir cocktail is a white wine cocktail originally from France. The aperitif is made of Bourgogne Aligoté, a specific type of white wine from the Burgundy region.

Historically, the Kir cocktail is a classic aperitif. And the balance between its two ingredients is the key to making this drink perfect.

Usually, that means six parts of wine to one part of crème de cassis. Today, we also have the Kir Royale, a variation on the classic recipe, which is just as famous as the original cocktail.

Read on to find out more about the classic French cocktails and how they got their names.

History of the Kir cocktail

The Kir cocktail was invented in 1904 by a waiter who worked at Café George. At first, the cocktail's name was Blanc-cassis. And it was quite a while later that his fusion of crème de cassis and white wine got renamed Kir.

That name change happened due to Félix Kir, Mayor of Dijon. In addition to being mayor of the city, he was a fond promoter of the aperitif.

After World War II ended, Félix Kir started the so-called twinning movement. Twinning in this context means that cities engage with cities from other countries through a legal and social agreement.

Each time Kir welcomed guests to his city as part of his twinning campaign, he served his favorite drink invented in Dijon - the Blanc-cassis.

Word got around, and after some time, Kir was approached by a producer of crème de cassis who asked if it would be alright to use his name for a recipe.

Kir agreed, and another short while later, other producers were allowed to use his name, too. And eventually, the whole drink was named after Kir.

As mentioned, measurements are crucial when making the Kir cocktail. Yet, there are different approaches.

The IBA only asks for 1 part crème de cassis per 9 parts Bourgogne Aligoté, where the original recipes asked for more.

In this case, to get a better-balanced drink, I recommend deviating from the recommendation of the IBA and using 1 part cassis per 6 parts white wine.

And because you want to avoid serving a lukewarm drink, it's vital to chill all your ingredients. Ideally, this also includes your glass to help your drink stay cool for longer.

The Kir Royale is a beautiful variation of the classic Kir. Instead of white wine, sparkling wine is used to prepare the aperitif. To be precise, when you want to stick to the recipe, it has to be Champagne.

The resulting cocktail is super easy to make and also extremely easy to drink.

Further, when preparing a Kir Royale, you should adjust measurements slightly. For one part of crème de cassis, you need eight parts of Brut Champagne to achieve the right balance.

The Kir Royale also is reminiscent of other famous combinations of fruity components with sparkling wine like the Mimosa or Bellini cocktail. All of them are elegant drinks and similarly easy to make.