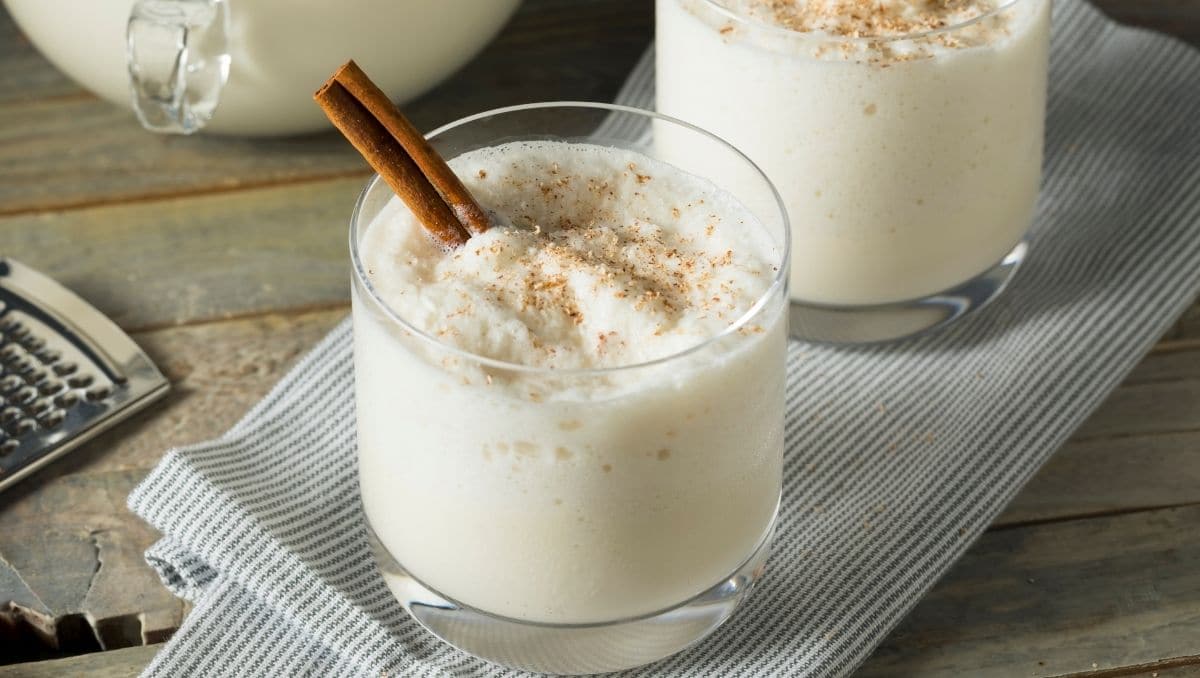 A Milk Punch is a milk-based drink spiked with Bourbon or Brandy that usually is served cold garnished with grated nutmeg.

Milk Punch is a popular drink served during the festive season throughout the Deep South of the United States. Ordering one in a restaurant or bar in New Orleans will get you a rich, creamy, milk-based drink with some seasoning on top. At first sight, you could almost confuse it with Eggnog.

And indeed, Eggnog is very closely related to this milky beverage. The main difference is the addition of eggs which is why this drink is sometimes even called egg milk punch. And just like Eggnog, the Milk Punch has a long history, and its roots lie in Great Britain.

History of the Milk Punch

The earliest evidence of the Milk Punch appears in a recording from 1688: William Sacheverell's travelogue contains a short and casual mention of the drink from his time on the Scottish island Iona.

More than 20 years later, in 1711, the recipe book Dr. Oliver's Almanac got released and featured a proper Milk Punch recipe. Also around that time, the first variants that resembled Eggnog were created. And the word of this new beverage spread fast so that during the further course of the 18th century, the Milk Punch quickly reached its peak in popularity. The main reason for this was its long shelf life.

In an age when shelf-stable foods were rare and unavailable to many because shelf life could not be increased artificially, the mixed drink based on milk was a very welcome beverage. Even the British Royals loved to drink Milk Punch from time to time. Milk Punch has been supplied to the royal family by Nathaniel Whisson's company since 1838.

Today the rich and smooth drink is still widely popular in the Deep South of the United States. Especially in New Orleans, this creamy beverage is ubiquitous. And also, the people in Ireland do love a good Milch Punch. Only that the Irish version is called scáiltín and consists of equal parts milk and Whiskey and often gets refined with butter, sugar, honey, cinnamon, and cloves.

What is clarified Milk Punch?

The classic Milk Punch looks opaque and creamy. In modern craft cocktail bars, however, you can find more and more often a clear variant, the so-called clarified Milk Punch.

The addition of acidic ingredients causes the milk to flocculate. After the Milk Punch has sat for a while, it can be filtered. The result is a see-through, clarified Milk Punch.

The best thing about this mixed drink is that you can store it for several months, and it won't go bad. So, you can either drink your Milk Punch directly or keep it in the fridge for later.

How to make a classic Milk Punch

When you think about something called Milk Punch, the first thing that comes to mind probably is a warm, comforting winter drink served on cold days. But in fact, this milk-based cocktail is shaken on ice like most other cocktails, and the only thing that'll bring some heat is the Bourbon in it.

All you have to do is put all ingredients, except garnishes like nutmeg and star anise, into a cocktail shaker with ice. Shake the drink until the cocktail is chilled, then strain it into a rocks glass.

Now, it's time to add some spicy garnish. And freshly grated nutmeg and star anise or a cinnamon stick make your milk punch not only prettier but also add some beautiful aroma and spice to the cocktail.

Even though the recipe for a Milk Punch is simple, there's still room for interpretation and personal preferences. Besides milk, the base is usually 2 oz of strong liquor. Typically it is a combination of two ingredients - either a mix of Brandy and Bourbon or dark Rum and Bourbon.

A bit of syrup and two dashes of vanilla extract make the recipe complete. Now all that's left is the garnish part, and as mentioned above, you need a bit of freshly grated nutmeg and some star anise to make this cocktail look amazing.

If you want to add a bit more depth of flavor, replace the standard simple syrup with a Demerara syrup. This dark and flavorful syrup is a beautiful addition, especially when you use dark Rum in your liquor base.