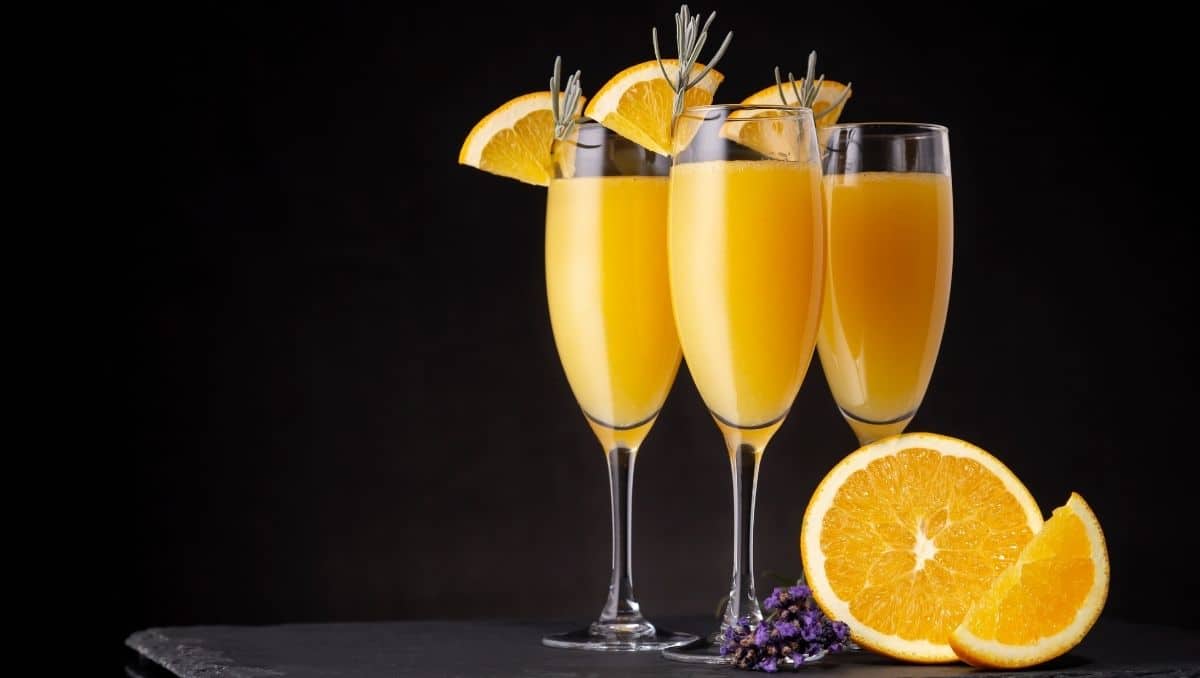 The Mimosa is one of the most popular brunch cocktails out there. It is a fizzy drink that is classy and simple to make, and the recipe offers many opportunities to tweak it.

To me, Brunch feels incomplete without eggs benedict and some delicious pancakes. And then, there are brunch cocktails. When it comes to that, only a few instantly pop up in my mind.

And the Mimosa is one of them - surprisingly, the Bloody Mary comes close second for many. Two cocktails that could not be more different. Opposed to the spiciness of the famous tomato cocktail, a Mimosa is a fruity mix of Champagne and freshly squeezed orange juice.

Interestingly, the so-called Buck's Fizz cocktail shares the same ingredients but with different measurements. Further, when you add orange liqueur like Cointreau to the mix, you get a Grand Mimosa.

So let's have a closer look at the classic recipe and who invented it.

How to make the best Mimosas

To make a Mimosa, you only need two ingredients: freshly squeezed orange juice and Champagne. Yet still, some things can go wrong. -Most of them are related to losing the bubbles of your Champagne.

That is why the first important thing to do is to choose suitable glassware. This means don't use a wine glass. The Champagne flute should be your glass of choice.

The reason for this is simple: Champagne flutes are designed to preserve the carbonation of sparkling wine. However, if you do not have one handy, a wine glass would actually be the next best option.

The second important thing is to chill everything properly. A Mimosa will fall flat as soon as the temperature rises. And the same thing will happen if you add ice cubes.

Therefore, chill your Champagne flutes in the freezer to have them ice-cold once you need them. Naturally, your Champagne should be ice cold, too, and also make sure you cool down your orange juice after squeezing it.

That way, all ingredients contribute to preserving the bubbles in your Champagne.

Another pro tip is to double-strain your orange juice. You don't want fruit pulp in this elegant drink.

And again, don't use ice. I know there's a trend to put ice cubes in sparkling wine and Prosecco, but the downside of doing this is that the drinks fall flat way faster than usual.

History of the Mimosa cocktail

As ever so often, there is an ongoing debate about the origin of the drink. But the majority sees Frank Meier as the inventor of the Mimosa cocktail. And given that he was also the first ever to include the recipe in a cocktail book, that story has quite some substance.

Most likely, Meier invented the drink in the mid-1920s when he was bartending at the Hemingway in the Ritz Carlton hotel in Paris.

Further, Frank Meier is no stranger to the history of mixology. His name often gets mentioned in stories about cocktail classics like the Bee's Knees cocktail.

In 1936 he published the Mimosa recipe in his book The Artistry of Mixing Drinks. The drink came with two names, "Champagne Orange" and "Mimosa". The latter refers to the sensitive, yellow-flowered plant called Mimosa or Touch-me-not (Acacia dealbata).

According to Meier, the drink should be served in a wineglass with an ice cube. But that's because fridges just began to become a thing at the time.

If you want to make your Mimosa the Meier way, use the juice of half an orange and pour it into the wine glass filled with an ice cube(s). Top off with Champagne and stir quickly and gently. But with modern cooling technology, the preparation described above will still deliver a better result.

I mentioned two closely related drinks, the Buck's Fizz and the Grand Mimosa.

But there are way more fabulous and classic Champagne cocktails out there. Some are twists on the classic, others classics in their own right. A popular autumnal version is, for instance, the Apple Cider Mimosa.

Other drinks include the Champagne cocktail, a drink consisting of Champagne, sugar, and Angostura bitters.

Then there is the French 75, a gin-based cocktail balanced with syrup, lemon juice, and sparkling Champagne, or the Kir Royale.

And if Prosecco works for you, the famous Aperol Spritz and Bellini are similar options, both with a raving fan base. -Having said that, you can, of course, replace Champagne with something more affordable in all the above.