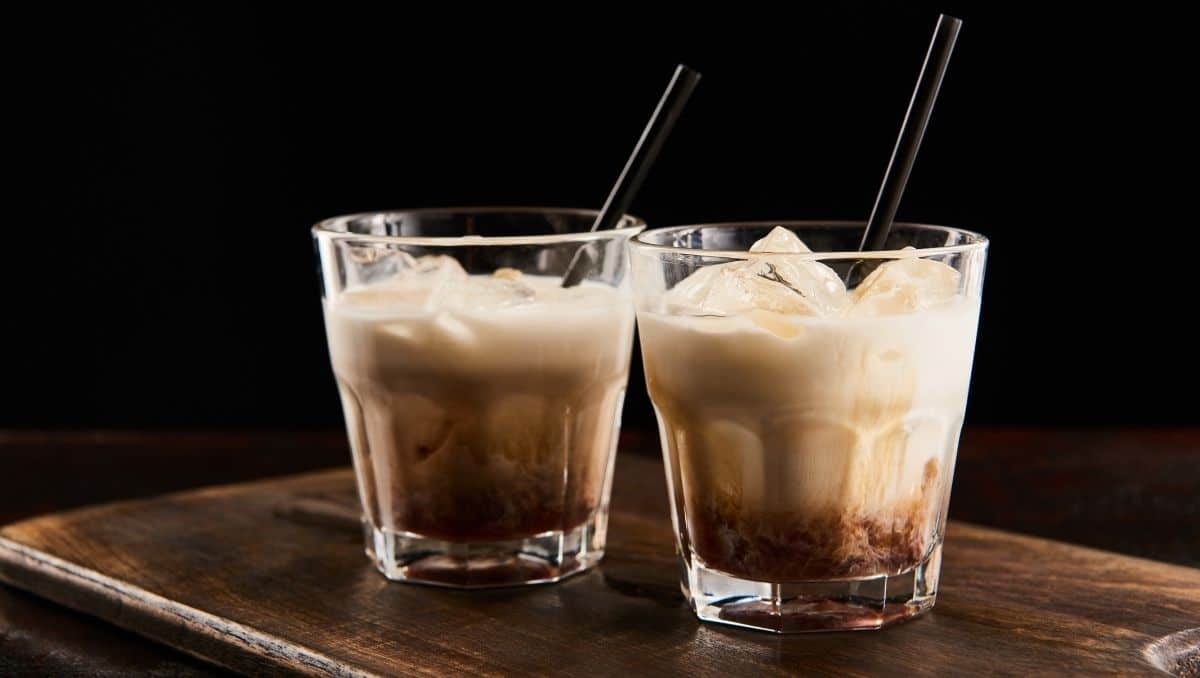 This cocktail recipe is a twist on the traditional White Russian that uses Peppermint Bark Rumchata to bring festive flavors to the cocktail.

This Christmas cocktail is super easy-to-make. The recipe follows the list of ingredients for making a White Russian. It's a mix of Vodka and Kahlúa, but instead of heavy cream, you use Peppermint Bark Rumchata.

The result is a perfect drink for the holiday season. It is a rich and creamy concoction best served with a small candy cane for easy stirring. So let's see how you can make this cocktail at home.

How to make a White Russian with Rumchata

Making a White Russian with Rumchata isn't that different from making a traditional White Russian. As mentioned above, you merely have to replace heavy cream with Rumchata. In this particular case, the festive version, the Peppermint Bark Rumchata.

The measurements also stay the same as in the traditional White Russian recipe. So you take two parts of quality Vodka, one part of Kahlúa coffee liqueur, and one part of Peppermint Bark Rumchata.

First, Vodka and Kahlúa are mixed in a mixing glass and then poured into a rocks glass on ice. Then, Rumchata is added gently using a bar spoon to keep the layers intact.

What exactly is Peppermint Bark Rumchata?

Rumchata, in general, is a cream liqueur based on Rum. The name RumChata is a combination of the words Rum and Horchata.

The goal was to create a liqueur that combines these two tastes. It's somehow a bottle version of a Dirty Horchata.

The Peppermint Bark variation of the liqueur first hit the shelves in the winter of 2020. It was sold as part of a special holiday gift set to introduce the new liqueur variation to consumers.

These days, you can typically find this version of the liqueur on the shelves of liquor stores during the holiday season, and it comes with a themed bottle design. The red and white stripes strongly remind you of sweet candy cane.

In combination, it's a beautiful winter liqueur that's perfect for making some festive cocktails like the Peppermint Bark White Russian.

If you liked the recipe, make sure to leave a rating or a comment below. And should you be looking for more festive cocktails and cocktail recipes, check out our list of the best Christmas cocktails.

Or do you want to try more recipes like the Peppermint Bark Rumchata? You could try replacing Baileys with the minty liqueur in recipes like the Baby Guinness, Chocolate Martini, or the B-52.