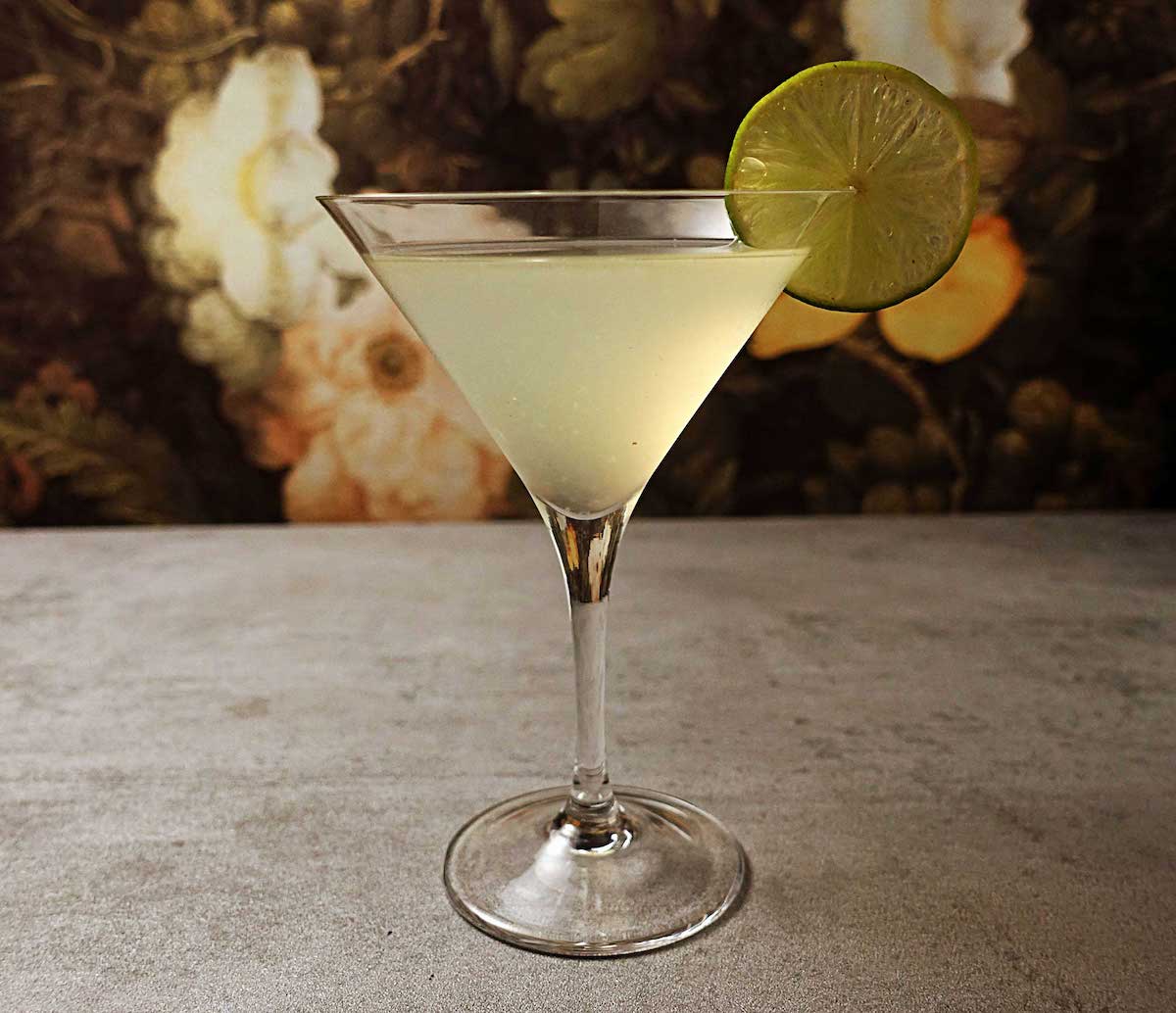 This Sour cocktail with the catching name combines Pisco, elderflower liqueur, and lime juice. It's a modern and easy-to-drink take on the classic template.

The Peruvian Elder Sour is twisting the classic template of a Sour Cocktail and incorporates the sweet, subtle citric elderflower liqueur from St. Germain.

The result is a tart Pisco drink, slightly on the boozy side, with a sweet, floral touch that falls in somewhere between a Daisy and a Sour.

Ingredients of the Peruvian Elder Sour

To make this Sour drink, you need Pisco, elderflower liqueur, and lime juice, usually served in a Martini glass. Optionally, you can also upgrade it with an egg white.

Pisco for the Peruvian Elder Sour

Pisco is a South American grape-based spirit with a smooth taste and an ABV of around 40%. It can be produced in either Chile or Peru.

There's an ongoing debate on whether Peru or Chile has invented Pisco. Yet, most cocktails are based on the Peruvian version, which is usually more fruity and aromatic.

And the name already makes it quite clear that this is no different for the Peruvian Elder Sour.

In keeping it Peruvian, you can't go wrong with a bottle from BarSol. -Or, if you can get a hand on it, our personal favorite in mixed drinks: a bottle of Pisco from Cuatro Gallos.

The original version of the Peruvian Elder Sour contains St. Germain, the first elderflower liqueur that entered the markets. It even was invented for the brand.

Until now, I have not found another product that's equally good as the French original, so I recommend sticking to the original.

In most cases, Sour cocktails call for lemon juice as the sour component.

It's different with this Pisco-based version. The taste of limes is slightly more bitter than lemon, and that creates the perfect balance with the addition of the sweet elderflower liqueur.

As always with citrus juices in craft cocktails, use freshly squeezed lime juice for best results.

Egg white or no egg white in the Peruvian Elder Sour?

The original recipe does not include egg white. However, if you are a fan of the smooth and silky texture it brings to mixed drinks, there's no reason not to add it.

Just remember to perform a dry shake first, should you decide to go for the foamy top.

Origin of the Peruvian Elder Sour

The Peruvian Elder Sour is a creation of American bartender and drinks writer Gary Gaz Regan. He was born in Britain but emigrated to the US in his early 20s and started working in bars in New York City.

Almost two decades into his career as a bartender in the city that never sleeps, he published his first book about the craft. Over the course of 25 years, at least 15 more books written by Regan followed.

He developed his own take on orange bitters produced by the Sazerac company and created various cocktail recipes. One of those is the Peruvian Elder Sour he invented in 2006 for the release of St. Germain.

The Elder Sour is one of the few modern Pisco cocktails. Most are twists on existing recipes and templates like the Pisco Collins.

Also, the number of traditional Pisco Cocktails is extremely limited. In fact, there are only as few as four, including the El Capitan and the Pisco Punch.

To get a better overview, check out our list of the best Pisco Cocktails.

Elderflower is a relatively new ingredient in mixology. -Especially elderflower liqueur, as it was released only in 2007. So there's only a small number of established drinks that contain this beautiful floral element.

The Necromancer is one of them. It's an unexpected combination of Absinthe and elderflower that tastes fantastic.

Another one is the Spicy Fifty, straight out of Italy. It's a blend of Vodka, lime, honey, and elderflower.