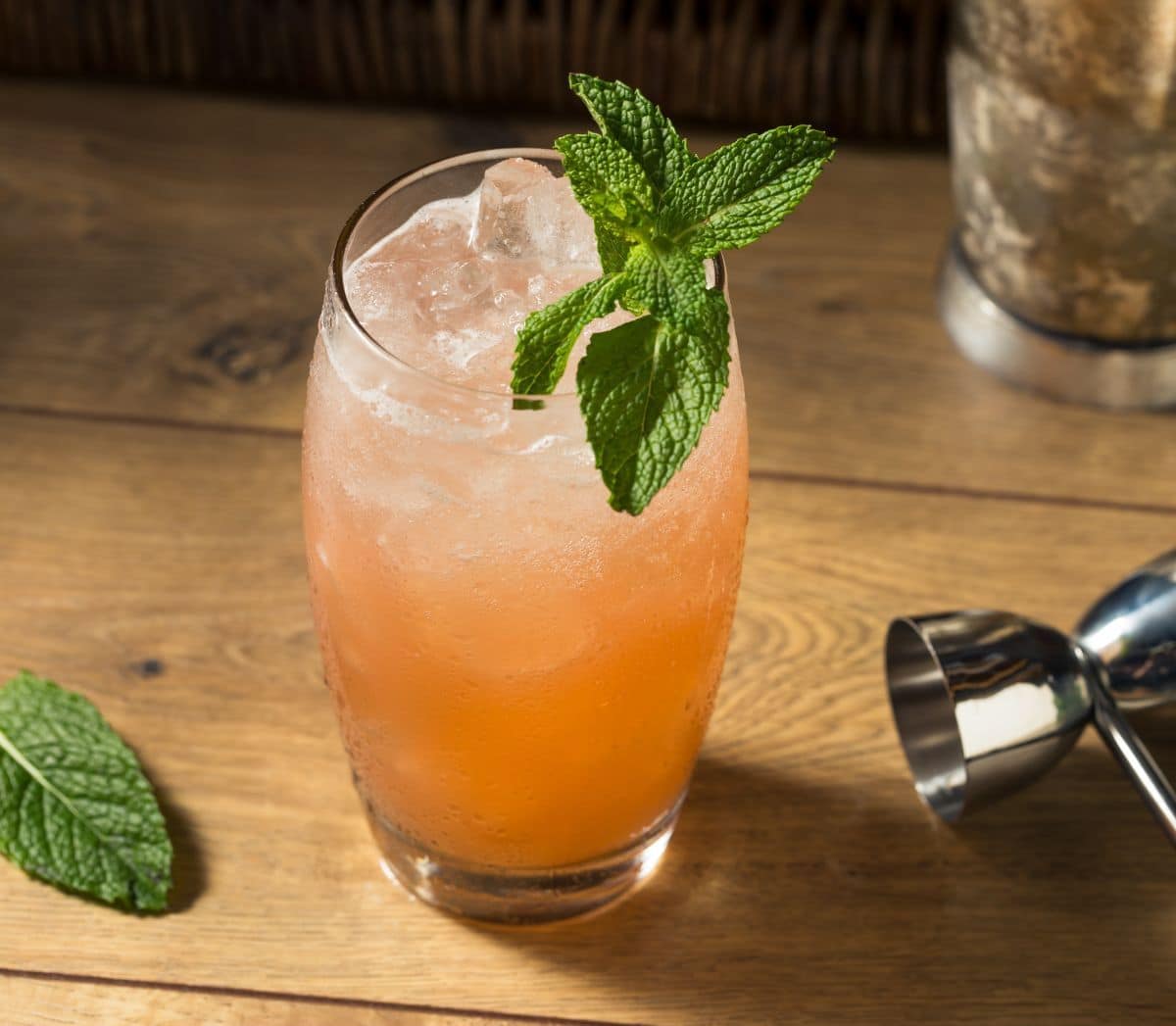 The Planter's Punch is a classic Rum drink, also known under other names like Creole Punch or Jamaican Rum Punch. It is a delicious Tiki cocktail that's at the same time refreshing and boozy.

The recipe for the Planter's Punch is a blend of dark Rum, citrus, sugar, and some subtle spice. However, the exact measurements vary significantly from source to source.

One version from the New York Times, published in 1908, calls for "Two of sour, one and a half of sweet, three of strong, and four of weak".

Others recommend a "two of strong, one of sour, 0.5 of sweet" approach. And the list goes on.

But not only ratios vary. Also, the list of ingredients for the Planter's Punch differs in some recipes. Some ask for additional pineapple juice, some for Grenadine, and some even bring both to the drink.

So it's about time to have a closer look at this classic Rum Punch.

Ingredients of the Planter's Punch

Tiki Cocktails are famous for their long list of ingredients. Recipes for drinks like the Zombie or the Hurricane can be quite overwhelming.

Compared to that, the Planter's Punch is pretty easy to make and calls for only a handful of ingredients:

At least that's my favorite version of this drink. You can also leave off the bitters or add some more fruity components.

Variations of the drink

More modern interpretations of the classic recipe bring in some new ingredients. As you now know, my favorite addition is Angostura bitters.

Those cocktail bitters bring some spice and depth to the cocktail that hasn't been in the original recipe. And that spice fits in perfectly.

Yet, Grenadine usually is a big no-no for me. There are only very few cocktails where the pomegranate syrup works for me. The sweet taste and artificially red coloring should not be allowed to spoil this classic cocktail recipe. If you want to try it nonetheless, best make your own Grenadine at home.

History of the Planter's Punch

Like with many cocktails, the origin of the Planter's Punch is a bit unclear. It's been around since the 1800s, and many hotels and bars were linked to its invention over the years.

Some of them are in Charleston and St. Louis. However, the true roots of the drink seem to be somewhere else, possibly in the Caribbean, and go back a little further.

That suspicion will only get stronger when looking at other names under which the Planter's Punch is known.

Other names for the Planter's Punch

The Savoy Cocktail Book refers to it as a Jamaican Rum Punch, while others call it Creole Punch. But all of those "different" drinks are made with the same ingredients in slightly different measurements.

One thing you can observe, though, is that the drink must be closely linked to the Caribbean, a region famous for making high-quality Rum.

That also corresponds with the most likely story of how the cocktail came to life. According to the narrative, Fred L. Myers, the founder of Myers Rum, once put the recipe on the back of each bottle of Rum he sold.

The American adaption of this recipe interchanged strong and weak measurements, leading to the drink being significantly boozier.

And this potent drink was a huge success. At the peak of the Tiki cocktail wave in the 1960s, the Planter's Punch was an extremely popular drink.

But as the Tiki hype passed, the cocktail practically vanished with it.

Eventually, when the Tiki cocktail culture celebrated its comeback in the late 2000s, the Planter's Punch had its second spring, too.

And up until now, there are no signs that this will change anytime soon. So get your shaker and try this beautiful Planter's Punch recipe.