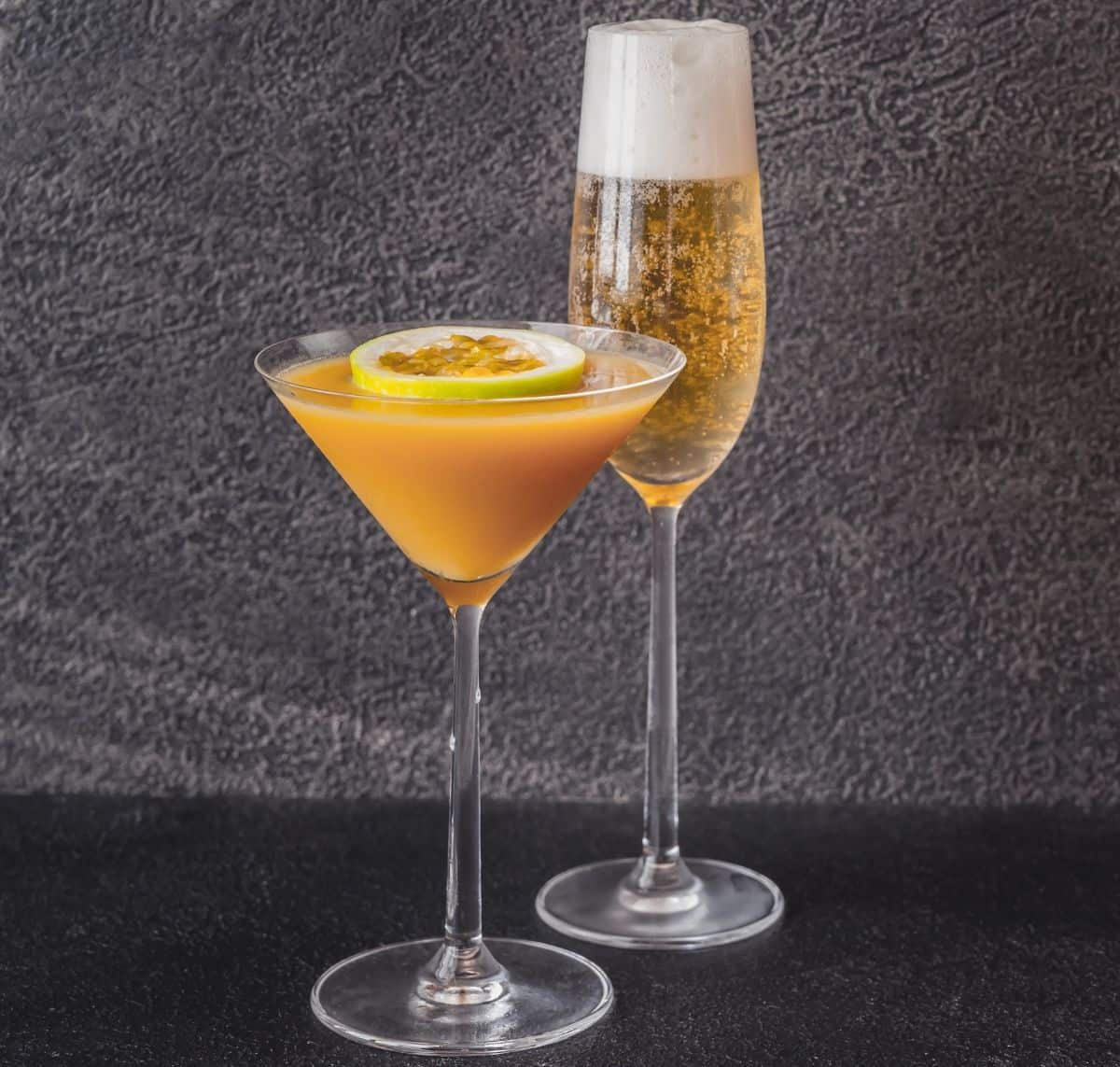 When asked about it, he stated that he intended to design a "stylish and confident drink". A cocktail that's "pure indulgence, sexy, fun, and evocative".

The drink quickly evolved into a modern classic. It is a real crowd-pleaser made of fresh passion fruit juice, vanilla-flavored Vodka, Passoã, and lime juice.

But that's no big deal as everybody is pretty much used to the concept, with so many types of Martinis. Most of these share only the Martini glass, and some not more than the name with the original Martini.

The sparkling wine is an extra element served on the side of the actual cocktail. You don't mix it with the other components.

Passoã is a passion fruit liqueur sold by Rémy Cointreau - the French distiller who also produces liqueurs like Cointreau and Metaxa and the famous Scotch brand Bruichladdich.

In the US, Vodka must have a minimum ABV of 40%. In the European Union, it is 37,5%. However, Vanilla-flavored Vodka sometimes has a lower alcohol content than that. In that case, it is not actual Vodka.

That's only a side note, though, because those spirits still have a high ABV of 35% and work perfectly fine in cocktails.

A genuine Vanilla Vodka with 40% of good quality is from Absolut. Products of other renowned brands like Stoli, Ciroc, and Smirnoff only have 35%.

You can use store-bought vanilla syrup. I like, for instance, the one from Monin.

Alternatively, you can make this flavored syrup at home. It only takes 30 minutes, and it's cheaper. Use our simple syrup recipe as a base and add 0.75oz vanilla extract.

You can use whichever bubbly you like best. Generally, it should not be too sweet, though. An extra dry, brut, or even extra brut Prosecco or Cava works perfectly. -And you can always upgrade to Champagne, of course.

Serve about 2oz in a champagne flute on the side and drink it alternating with the cocktail.

As the cocktail is still so young, identifying the roots is straightforward. In 2002 Douglas Ankrah invented the cocktail for his bar Townhouse in London. Ankrah also owned LAB bar in London since its early days when it was a bartending school and not yet a bar.

The recipe became an instant success. First in the bar, then in London, and ultimately all over the UK.

An incredible achievement considering the young age of the drink. And it was this popularity that led Ankrah to another project.

Ankrah didn't want to fill the pockets of spirits producers with his creation, as is the case with so many other famous cocktails.

Instead, he tried to make his share out of his own cocktail. Therefore, he developed a pre-mixed version of his drink which he launched in 2017 under the name P*star Passionfruit liqueur.

The distribution of the P*star Passionfruit liqueur and many other products and projects Ankrah had in place was supposed to be only the beginning.

Regrettably, at only 51 years, Douglas Ankrah passed away in August 2020. Still, he achieved something many other artists, including famous bartenders, didn't. He lived to see his success before he sadly had to leave for good. 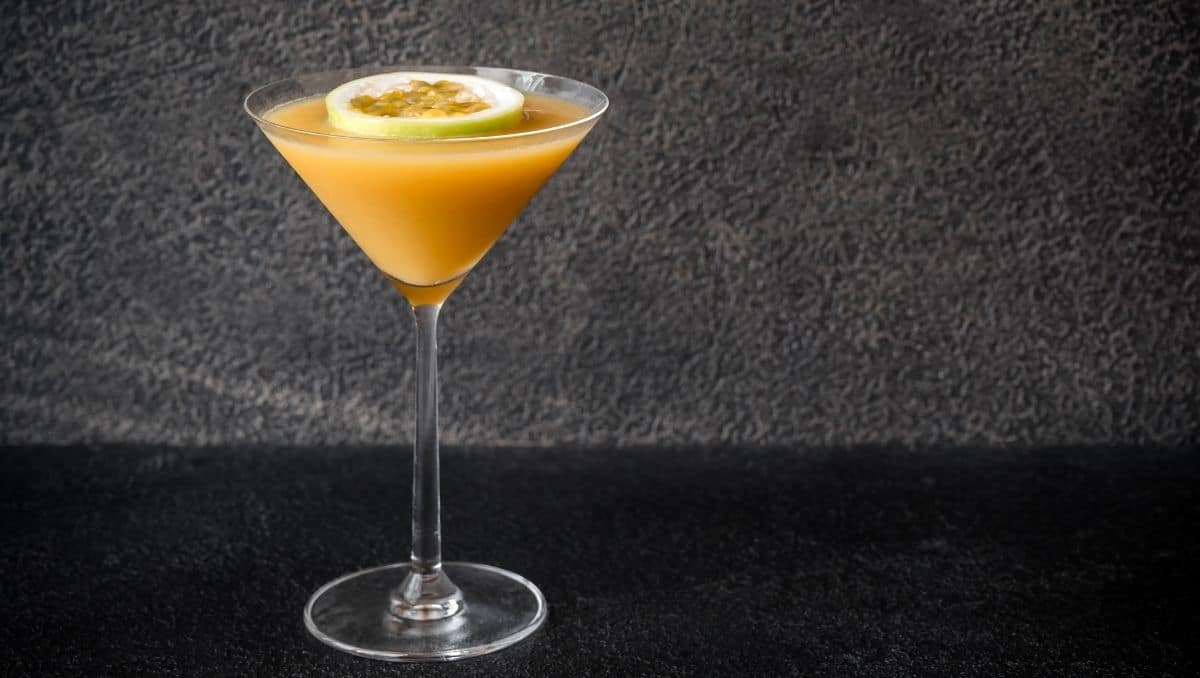