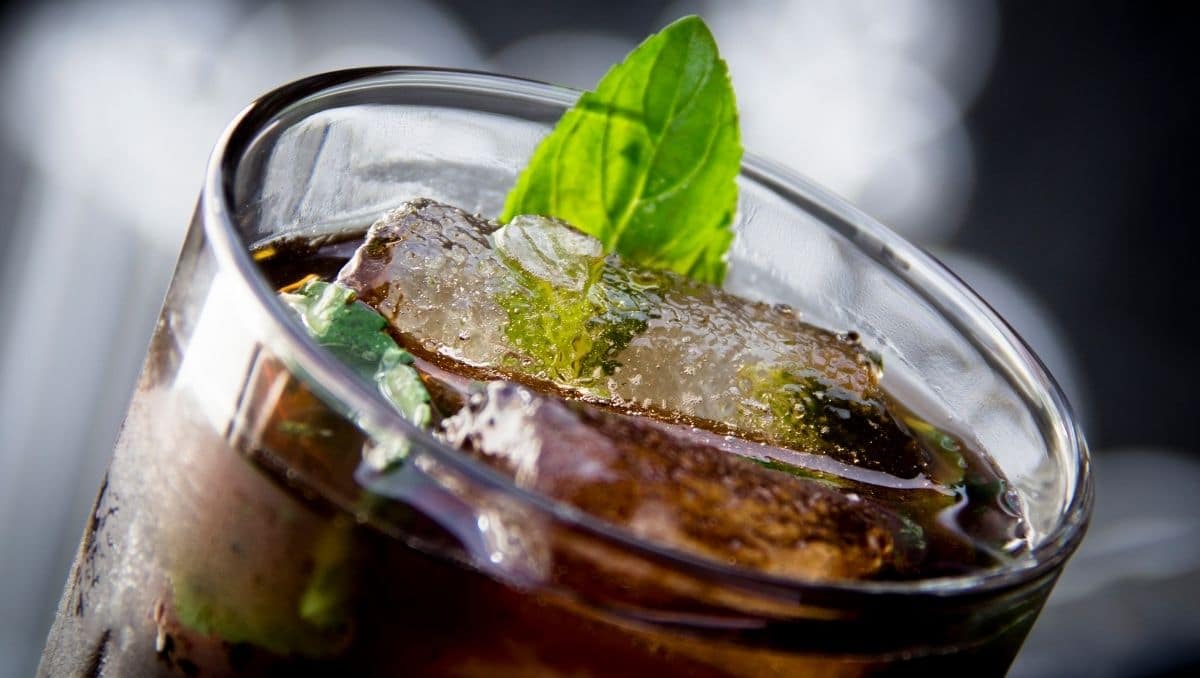 How to make the perfect Rum and Coke

Rum & Coke is a classic combination of flavors. When following our tips, you can take this simple drink from basic to fantastic.

Rum and Coke is one of the most popular long drinks in the world. The unpretentious Highball is a smooth mix of sweet flavors chilled with lots of ice - A refreshing cocktail known everywhere.

The mix of fizzy coke with Rum is delicious and easy to prepare. But with a little attention to detail, you get more than just an average mix of Rum & Coke.

Hang on and read all tips to make the perfect Rum & Coke.

Which type of Rum is best?

As with every Highball recipe, the quality of ingredients matters. Further, Rum is available in many different versions. From white to brown, aged or unaged, and specific styles like Rhum Agricole or overproof Rum.

Quality is key here. As long as you have a good Rum, you can basically go with any type - aged, unaged, spiced, etc.

What's worth mentioning about Rum & Coke is that many order their favorite combination by telling the brand name. For instance, Bacardi Coke or Havana Coke, and so on.

But if you don't have favorites, that answer won't help. So I will tell you which Rum I prefer in my Rum & Coke.

To say it in advance, between the different types of Rum and overall, I like an Añejo best for my Rum & Coke. It's rich, full-bodied, and sweeter than unaged Rum.

White Rum is a transparent and unaged version. It's what you usually get in cocktails. The flavors of white Rum are crisp, clean, and fresh.

My recommendation for the best white Rum in this Highball would be Flor de Cana 4 years Extra Seco. It is refreshing, crisp, affordable, and ideal for hot temperatures.

Since Gold Rum is aged, it's a bit richer and warmer than white Rum. These more robust flavors shine through when mixing them with coke.

It is quite similar to Dark or Aged Rum. The main difference is that it contains additives like caramel, which work nicely with coke. My recommendation is Gosling's Gold Seal Rum.

When choosing the right one, your usual long drink can taste like a carefully crafted cocktail. My recommendations for a dark Rum are El Dorado 8 years or Havana Club Añejo 7 years.

Overproof Rum contains around 60% alcohol by volume, some even more than 70%. The result is a very potent drink.

If you want to give overproof Rum a try, Smith and Cross Navy Strength Rum is a great way to start.

Spiced Rum is a special category. Some people don't like that at all in Rum and Coke due to the high level of sweetness. Others love just that. Nutmeg, vanilla, and cinnamon are common ingredients to spice Rum.

A pro tip for a spiced Rum & Coke is to put the Rum in the freezer before using it. Some of the sugar will crystalize and create a fun effect when mixed with coke. Personally, I like the Kraken spiced Rum for this drink.

The perfect ratio of Rum and Coke is between 1:2 and 1:3. As it is a classic two-component recipe, proportions are essential for getting things right. And it is also about using enough ice.

I suggest you start with a Highball glass and fill it to the rim with quality ice. Pour in 2 ounces of Rum followed by 4 ounces of coke. That means you start with a 1:2 ratio. From there, should you want to, you can gradually increase the amount of coke until the mixture is to your liking.

As a rule of thumb, the higher the quality of your Rum, the less coke you will need. Generally, in a recipe based on white Rum, your ratio should be more like 1:3. In a version made with aged Rum, you're better off with a 1:2 approach.

Which coke tastes best in a Rum & Coke?

The Coke part also has an impact on your drink. And I'm not even referring to the obligatory Pepsi vs. Coke debate. -Frankly, I do not like Pepsi in a Rum & Coke. I'm talking about the differences between Coke from the US and Coke from Mexico.

Have you ever been to Mexico and tried a Coke there? Did you notice a difference? Well, you should because American Coke is sweetened with corn syrup, and the Mexican version contains sugar cane.

Due to that small change, the Mexican version is way smoother, less sugary, and has almost no aftertaste. The fact that both, Mexican Coke and Rum, are made with sugar cane is a plus, too.

You can get the Mexiko Coke in Hispanic supermarkets. Or you can order it online on Amazon.

Tips to make your Rum and Coke even better

I already mentioned: ice does make a difference. So you want to use plenty of crystal clear ice. Ideally, a large collins ice cube, as it will melt even slower, and the fizz stays in your drink.

And to elevate your Rum & Coke further, add a squeeze of fresh lime or lemon juice. The citrus notes will cut through the sweetness and create a more balanced drink.

You look for cocktails made with coke? Check out our recipes for a Cuba Libre or the legendary Long Island Ice Tea. If you like to try something different, the Argentinian Fernandito might be for you. And if you want to know what to mix next with that bottle of Rum, here are our favorite Rum Cocktails.

One comment on “How to make the perfect Rum and Coke”