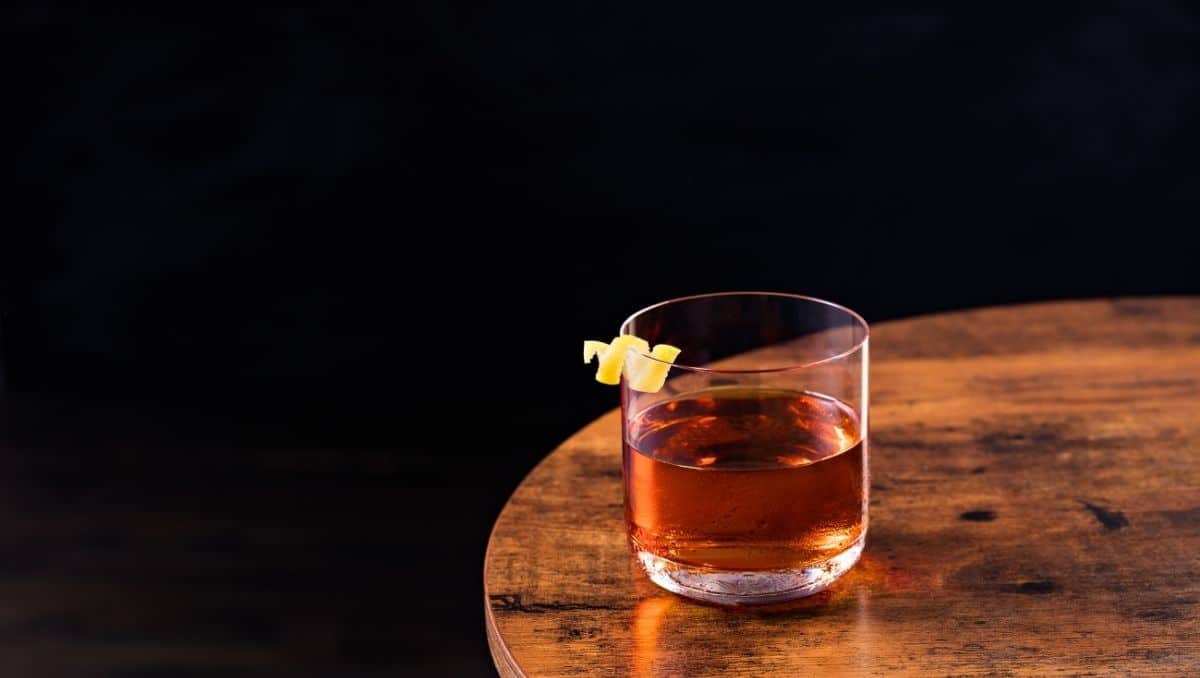 The Sazerac is the official cocktail of New Orleans. It's a boozy mix of Cognac, Whiskey, Absinthe, and sugar.

The city of New Orleans is famous for various cocktails beyond the Sazerac and also for cocktail ingredients.

Classic cocktails like the Ramos Gin Fizz, Vieux Carré, and the Brandy Crusta were all invented in New Orleans.

However, the most famous of them still is the Sazerac cocktail. It is made with the finest Cognac, Rye Whiskey, Absinthe, sugar, and cocktail bitters.

And not only is the Sazerac cocktail a remarkably delicious drink, but its preparation also is quite extraordinary. Read on and learn more about the history of the Sazerac and how you can make it at home.

History of the Sazerac cocktail

The heavy French influence in New Orleans during the 1800s lead to many cocktail recipes with French ingredients. Keeping this in mind, it does not come as a big surprise that the original version of the Sazerac includes Cognac.

Origin of the Sazerac

Although there is no written proof, it's widely acknowledged that the Sazerac got invented by Dr. Antoine Amedie Peychaud.

That name rings a bell? Indeed, it's Peychaud as in Peychaud's bitters. Peychaud presumably created the very first Sazerac cocktail in his own shop during the 1830s. -Not the first time he experimented with Brandy and his Peychaud bitters.

Where the name comes from

The first time someone prepared the Sazerac Cocktail in a bar was almost 20 years later.

The "Coffee House", a bar Peychaud commonly visited, mixed the original version of the Sazerac cocktail with an excellent Cognac, the Sazerac-de-Forge et Fils.

As you might have guessed, this specific ingredient lends the cocktail its name. Et voila, the Sazerac was born.

Cognac got replaced with Rye

At some point in history, Cognac got replaced by Rye Whiskey.

Some say this was because locals simply preferred Rye Whiskey as a base. That sounds reasonable as Rye Whiskey was the preferred spirit in New Orleans at this time.

But there's another reason which is also valid:

Back in the days, local vineyards were fighting an insect infestation which made the production of Cognac impossible. And when Cognac was no longer available, people substituted it with Rye Whiskey.

The preparation of the Sazerac is pretty unique. It is so special that this particular technique of prepping is often called Sazerac-style.

It's not complicated, though. All you need to do is rinse one glass with Absinthe while mixing the actual drink in another one.

That might sound a bit redundant and odd, but the Sazerac is all about such little things. Done right, you will get an elusive mix of aromas - a cocktail that is balanced just perfectly.

Whiskey or Cognac to make a Sazerac?

As I mentioned, the original Sazerac cocktail recipe called for Cognac. So far, so good.

But due to the circumstances described above, the recipe changed over time, and Rye Whiskey is now commonly used to make a Sazerac.

The launch of a Rye Whiskey with the name Sazerac further enforced this development. -Even though the company also acquired and relaunched the original Cognac brand Sazerac-de-Forge et Fils.

Honestly, both versions work and deliver splendid results. And because sometimes being indecisive is okay, my preferred version of a Sazerac is using a split base.

That means that the cocktail contains both spirits, Cognac and Rye. To round things up, I also like to add a bit of Bourbon in the base. It creates an extra broad and rich flavor profile.

If you like Cognac cocktails but look for something a little less boozy, try out the Horse's Neck with a kick. It's a beautiful combination of Cognac, ginger ale and Angostura Bitters.

Other Cognac cocktails to try are the Sidecar or Suffering Bastard, a rare combination of Cognac and Gin.