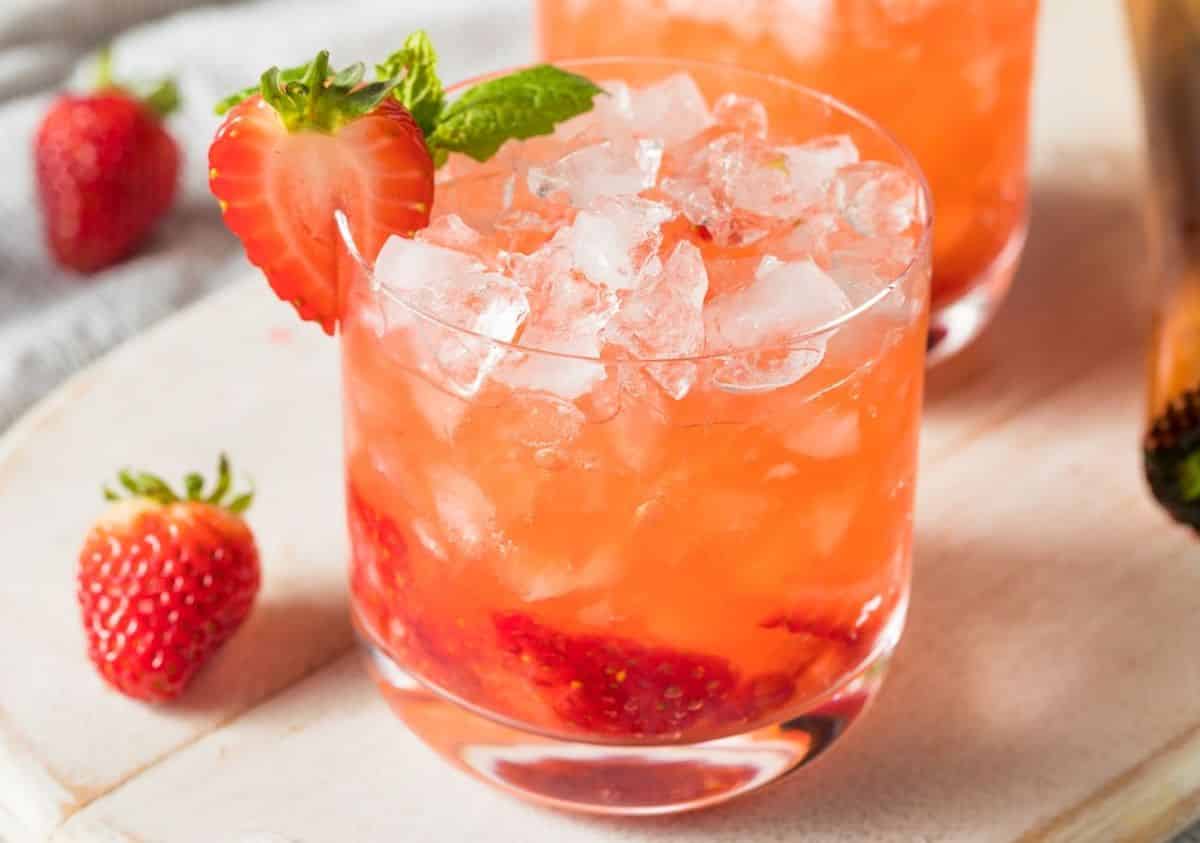 The template for Smash cocktails is older than you might think and dates back to the 19th century. The basic Smash recipe varies, though, and depends on the interpretation of a bartender.

A Smash, Smasher, or Smash-up cocktail describes a family of cocktails closely related to Julep cocktails.

It's a mix of base spirit, fruit, ice, and mint. However, it leaves room for interpretation for almost every part of this template.

Sounds overly vague to you? It is. Because even though Smashes are accepted as a family of cocktails, the ingredients are not clearly defined. Plus, sometimes it is served on ice, and sometimes, it is not.

So, let's take a closer look at what seems quite confusing at first sight.

What is a Smash in cocktails?

In general, a Smash is a cocktail made with a base spirit, ice, a herbal component (often mint), and a fruity component. The base spirit can vary, as can the herbal ingredients. The fruity part is often made with seasonal ingredients that are either incorporated into the drink or served as garnish.

The Smash is an old cocktail template that dates back to the 19th century. The first indirect mention of the twist dates back to 1862 in Jerry Thomas' cocktail book How to Mix Drinks.

The first printed Smash recipes were published a few years later, in 1888 by Harry Johnson.

Johnson published four different Smash recipes. You see, already at this early stage, the drink was subject to interpretation.

For instance, Johnson's Whiskey Smash was close to a Mint Julep. The drink was shaken and made of Whiskey, sugar, mint, crushed ice, and seasonal fruits.

His "fancy Smash cocktail" recipes were stirred and not shaken. The fruit part was also not integrated into the drink but served as a garnish on the side.

Looking at the classic Whiskey Smash, it is quite similar to the ingredients for a Mint Julep. And that's right because the Smash is a subtype of the Julep. -So, every Smash is a Julep but not every Julep is a Smash.

One major difference between the two is, however, the preparation.
For Juleps, you stir in the fresh mint gently, whereas, for a Smash, the mint leaves are muddled and smashed rather heavily.

Another difference is the addition of fruit. Smash cocktails often but not always make use of seasonal fruit either as part of the drink or in form of a cocktail garnish.

The history of the Smash cocktail

Cocktail book author and drink historian David Wondrich claims that Smashes have been around since the 1840s.

Also, he says that this cocktail category had reached its peak in popularity as early as the 1850s. This snippet from 1859 describing a young man's college experience only supports this theory:

That statement had been published in Harper's Magazin (a forerunner of Harper's Bazaar) three years before the first printed version of a Smash cocktail was even published.

The very first recipe introducing the idea for the Smash in written form was published by Jerry Thomas in 1862.

As I mentioned before, his take is introducing the template only indirectly. In simple terms, this means that Thomas published it under the umbrella of a Julep cocktail.

A few years later, in 1888, Harry Johnson was the first person to write up Smash cocktail recipes and address them as a separate category of drinks.

In sum, he published four distinctive Smash cocktails. Some served with crushed ice, others with shaved ice, some with fruit as an ingredient, and others only using fruit as a garnish.

In 1930, the famed Savoy Cocktail Book included the template for the Smash and listed it as a variation of the Julep cocktail. Literally, they stated that the "Smash’ is in effect a Julep on a small plan."

In the 1990s, bartending legend Dale DeGroff brought the Whiskey Smash back to life. As he got bored of serving regular Mint Juleps, he started muddling mint leaves with lemon juice and shaking up the Whiskey Smash.

That initiated a renaissance of the Smash template as many bartenders started mimicking DeGroff's approach.

If you want to try it, clearly, there's no better way than ordering at Meyer's Bar le Lion - one of the most popular cocktail bars in Hamburg. 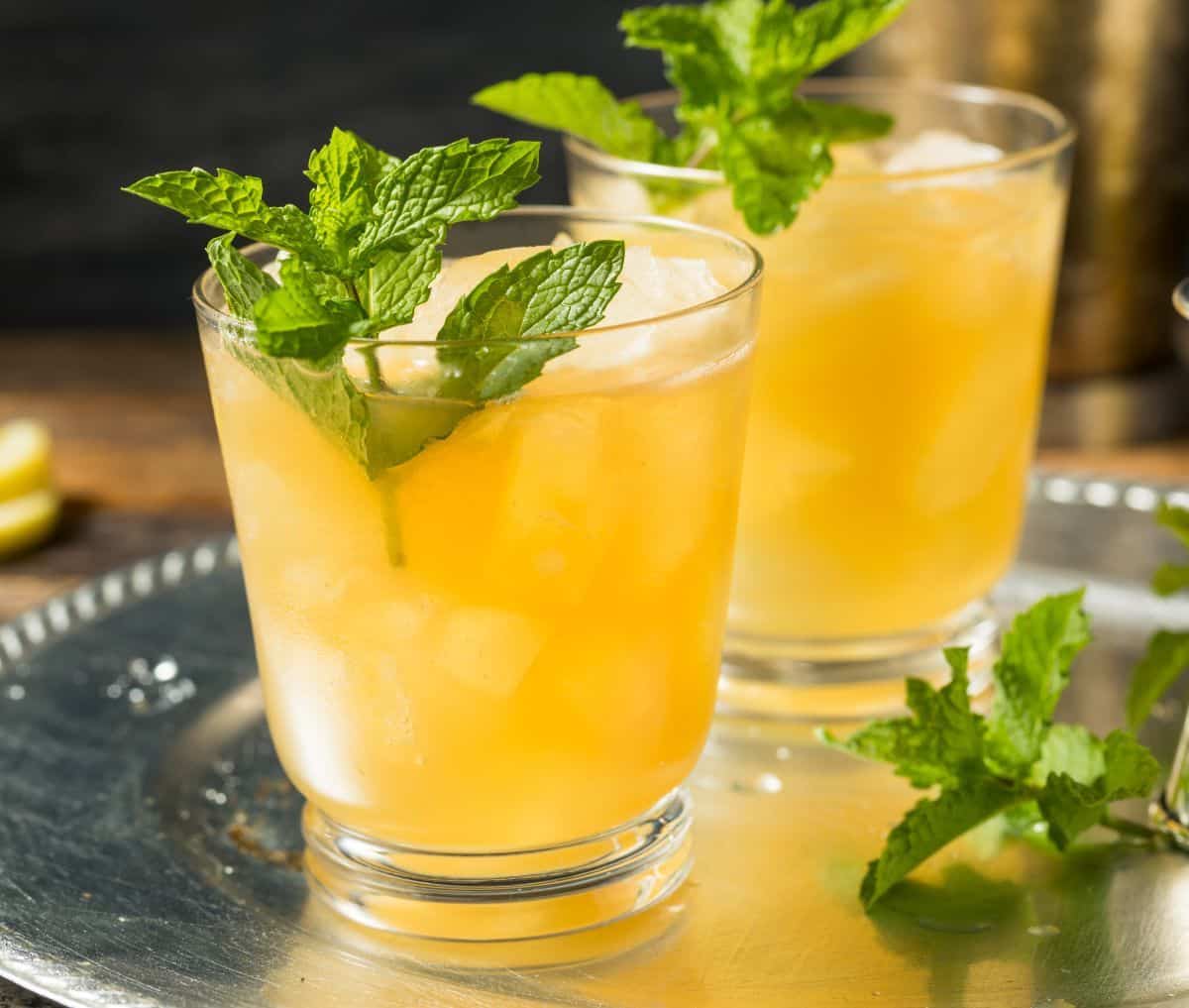