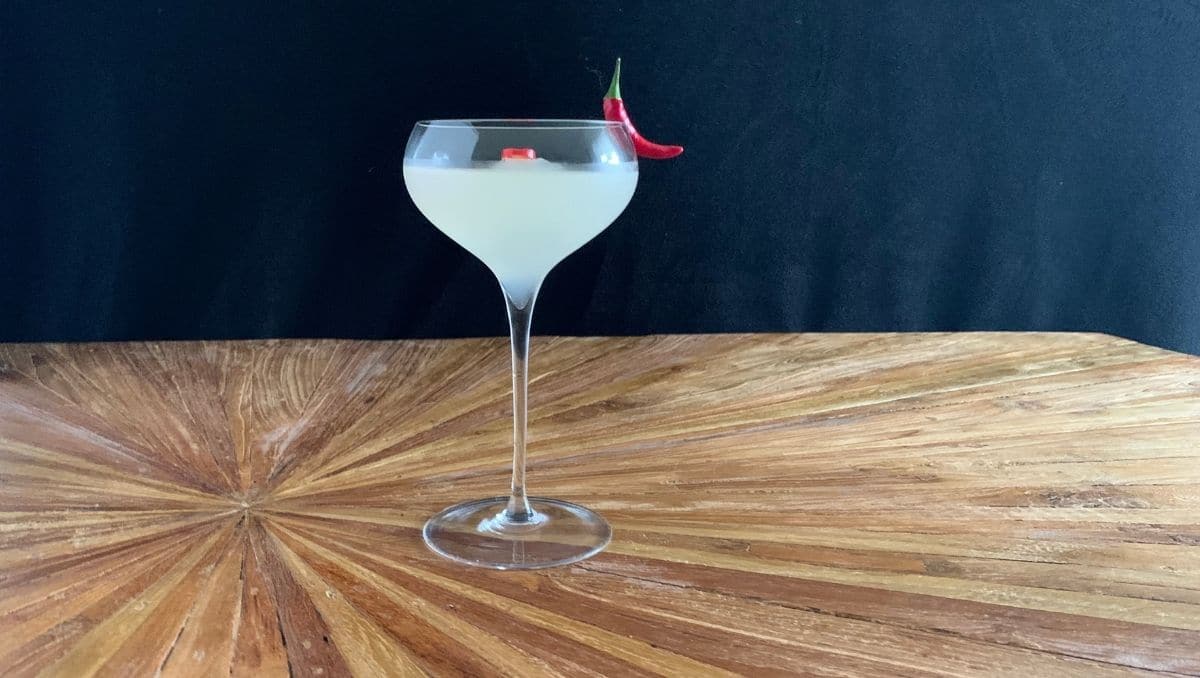 The Spicy Fifty is a true Masterpiece. It combines the heat of freshly sliced chili with the soothing mix of vanilla and honey.

Salvatore Calabrese, one of the Master bartenders of our age, created the Spicy Fifty cocktail. When you look at the list of ingredients, you can already tell you've got a unique mix of flavors in front of you.

Salvatore developed the recipe for his London bar called Salvatore at Fifty. And it was the signature drink of their first menu when the bar opened in early 2005.

"It's one of my best-selling cocktails, one of my most famous drinks, and a modern classic in its own right."

The Spicy Fifty's base is a vanilla-flavored Vodka. It may sound like an unusual base for a classic cocktail now, but it was pretty fashionable in the 2000s.

So now, let's look at the recipe chili-spiced cocktail and how Salvatore Calabrese came up with the idea for the drink.

Ingredients of the Spicy Fifty

The original recipe asks for a particular Vodka - Stolichnaya Vanil Vodka. That is a vanilla-flavored Vodka made by a famous Russian Vodka producer.

Besides the Vodka, elderflower cordial, lime juice, and honey syrup go into the mix.

Honey syrup is easy to make at home. Usually, a ratio of 1 part honey to 1 part water is a suitable formula. However, for the Spicy Fifty, I recommend a ratio of 2:1. Increasing the amount of honey will make the syrup sweeter and create a richer texture.

The spice in the cocktail comes from sliced red chili and a pinch of pepper.

The taste of the Spicy Fifty

Spicy chili slices are the key to the Spicy Fifty cocktail. Salvatore describes their role as "… a highlight so that it gives an unforgettable taste and is very difficult to hide."

The drink is composed in a way that makes it gradually change its taste and perception.

At first, the sweet notes from elderflower, vanilla, and honey are dominant. They slowly change into zesty, citrusy notes that overlay the sweetness and bring sourness to the drink.

Origin of this spicy cocktail

It's no secret that Salvatore Salva Calabrese was influenced by another bartender when he came up with the recipe for the Spicy Fifty.

In June 2004, Myles Cunliffe won third place in the UKGB Cocktail Challenge. His creation from the competition, named MyZo, shows some similarities to Salvatores Spicy Fifty.

Both cocktails use Stoli Vanilla Vodka, elderflower cordial, citrus, and chili. And it is a known fact that Calabrese was aware of this cocktail: He was in the photo with Myles, handing him the £1000 cheque for winning third place.

Another source of inspiration for Salvatore Calabrese was Jean-George Vongerichten. The Michelin star chef worked in the restaurant Rama, located in the same building as Salvatores bar used to be, near Buckingham Palace.

And it was for the Asian restaurant that Salvatore created the chili-inspired menu leading to the Spicy Fifty.