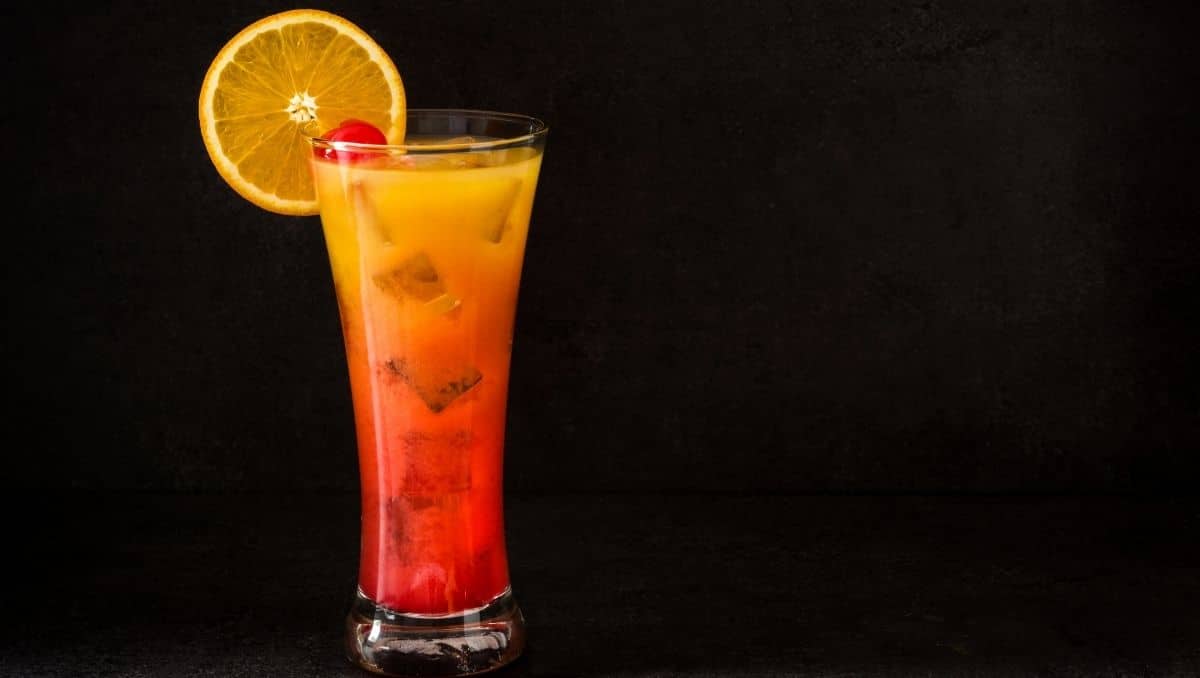 The Tequila Sunrise is famous for its bright colors mimicking a beautiful sunrise. But as fancy as it looks, the cocktail isn't exactly appreciated by everyone. So how to turn this subpar party drink into something actually enjoyable?

Few drinks look more appealing than a properly layered Tequila Sunrise. Just by the looks, this cocktail would surely be one of the more promising ones.

But it isn't just about the looks. Regarding the most common version of the drink, there's hardly anything to like about its taste once you leave your college years behind.

It's basically an overly sweet juice-like drink spiked with Tequila. And in most cases, even the choice of Tequila leaves a lot of room for improvement.

Also, the visual appearance, the strongest suit of the drink, has its downside: Without stirring and thereby ruining the orange and red layers, a Tequila Sunrise is almost unenjoyable.

So this thing definitely needs some adjustments. Luckily, by altering the regular recipe, the balance of the flavors gets much better: more depth, more complexity, and less sweetness.

So, if you want to make a truly pleasant Tequila Sunrise, read on.

History of the Tequila Sunrise

The Tequila Sunrise as we drink it today is far from the historical original. It was mixed for the first time in the 1930s by a bartender called Gene Sulit.

Back then, there was neither Grenadine nor orange juice on the list of ingredients. Instead, the drink was a blend of Tequila, Creme de Cassis, lime juice, and soda water.

More than 40 years later, Bobby Lozoff reinvented the Tequila Sunrise and thus is the creator of today's commonly used recipe of Tequila, orange juice, and Grenadine.

And let's face it: if Mick Jagger hadn't loved the drink so much, we wouldn't have to suffer the consequences today. But from the beginning.

Lozoff worked at the Trident when developing the Tequila Sunrise. And to kick off the Rolling Stones Tour in 1972, Mick Jagger and his colleagues had a private party at this location.

Of course, Mick Jagger had the chance to try the Tequila Sunrise. He apparently enjoyed it so much that he kept ordering Tequila Sunrise at every stop in the US - during the whole tour.

Later on, Mick Jagger even named the tour the"cocaine and tequila sunrise tour".

The Trident was, at this point, the largest outlet for Mexican Tequila in the entire US.

As soon as Jose Cuervo heard about the success of the Tequila Sunrise in early 1973, they boosted the hype by printing the recipe on the back of their Tequila bottles.

At this point, the victory march of the Tequila Sunrise was unstoppable.

In the same year, another rock band, the Eagles, contributed to the success, as well, by releasing a song called "Tequila Sunrise".

If you look at it in retrospect, it's no wonder why the drink is still known by so many, despite often being somewhat underwhelming.

The pretty impressive visual presentation and the countrywide hype made everyone believe that this is something you have to try - and like. So people liked it, at least for a while.

How to make a better Tequila Sunrise

The Tequila Sunrise is uncomplicated and easy to make. You don't even have to shake the drink, as this would only ruin the layers.

So now, how do you bring more complexity to this often one-dimensional, sweet drink?

Something that ultimately screams not pleasant to a lover of craft cocktails. It is also very, very sweet, which is why I, like many others, try to avoid using it.

One way to better counterbalance the sugary taste is to reduce the amount of Grenadine used in the drink. You can mix Creme de Cassis with Grenadine to preserve the red-colored layer.

Also, making your own Grenadine is an excellent way to make it taste more natural.

To create a more complex orange flavor in the drink, mix it with Cointreau. Cointreau is an orange-flavored liqueur that's also a key ingredient in the Tequila-based Margarita cocktail.

This addition will create a way more elaborate drink. Besides its different orange taste, Cointreau also brings a subtle bitterness to the Tequila Sunrise that balances the sweet ingredients perfectly.

Using a high-quality Tequila will also improve the result. But which type of Tequila is the best fit?

Well, you should make sure you use a 100% agave-based Tequila. I prefer to use an aged Tequila, either an Añejo or Extra Añejo Tequila, for making the cocktail.

If your budget is limited and you don't have an Añejo at home, get yourself a Reposado Tequila.

Finally, you want to marry all the flavors together. The perfect way to do this is by using aged lime juice.

You have never heard of aging lime juice? Then read about it in this guide to lime juice in cocktails.