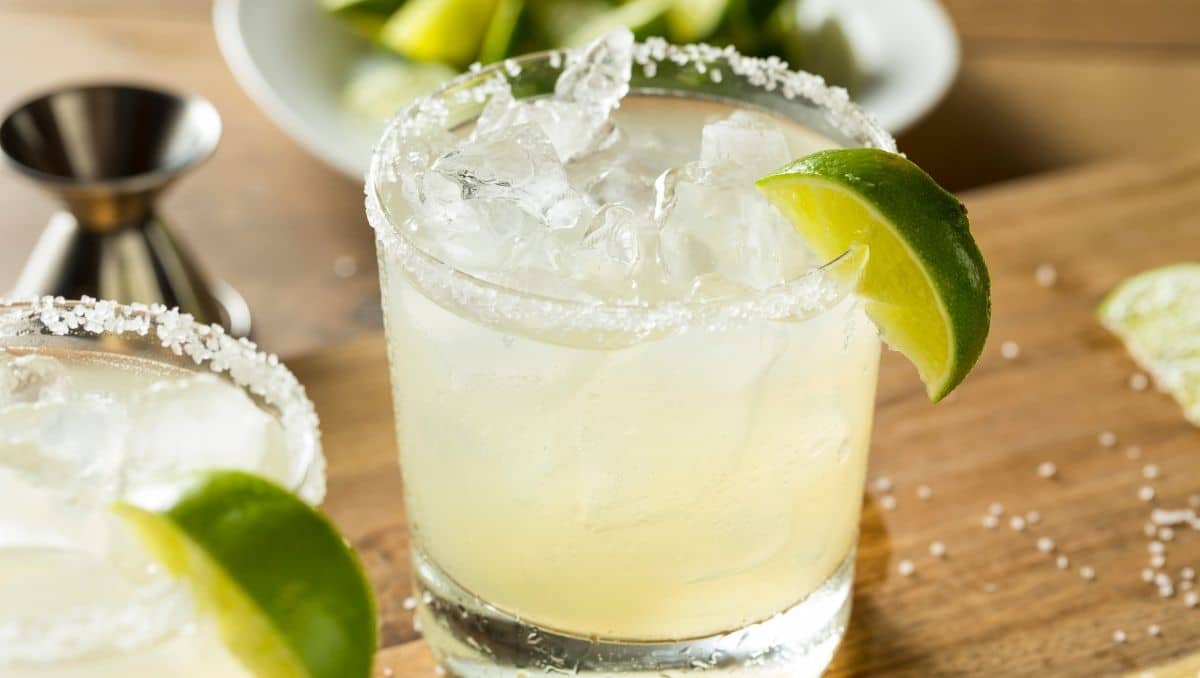 The Tommy's Margarita is a variation of the traditional Mexican Margarita recipe. The cocktail is a modern classic recognized by the IBA as a New Era Drink.

By omitting the orange liqueur, the cocktail relies on three ingredients only: Tequila, lime, and syrup.

Of course, one could now argue that if you leave out the orange liqueur, it is no longer a true margarita. And indeed, a lot of people did question the status of the drink.

Yet, as soon as the IBA recognized the Tommy's Margarita and classified it as a New Era Drink, most discussions calmed down.

Read on and find out who invented this simplified version of the classic Mexican drink, and learn how to make this Tequila cocktail at home.

So Tommy's Margarita is made with agave syrup instead of regular simple syrup.

To be precise, the original recipe only uses agave syrup made of the Blue Weber Agave. That's the same type of agave used for making Tequila. This seemingly minor twist enhances the taste of the agave even more.

Speaking of Blue Weber agave, Tequila is the key ingredient for every Margarita, also in a Tommy's Margarita.

So which type of Tequila works best in the drink? Usually, a silver Tequila, also called Plata, is used. Although, I prefer a slightly aged Tequila Reposado for making a Tommy's Margarita.

Whichever type you choose, make sure it's 100% agave. Everything else gets referred to as a mixto, and that basically means you got a Tequila of inferior quality.

Lime juice is an essential component and cannot be left off. And despite there being many drinks where I prefer aged lime juice, a Margarita works best with the acidic taste of freshly squeezed lime juice.

No bottled or pre-packed juice and also not the aged version. If you want to learn more about using lime juice in cocktails, have a look at our guide for lime juice.

Although the name suggests that the drink got invented by a "Tommy", it was, in fact, not.

The inventor of the cocktail is Julio Bermejo. And Bermejo created the simplified version of a Margarita in the 1990s while working at his parent's restaurant named Tommy's.

The restaurant is located in San Francisco and is famous for its enormous selection of agave spirits. So if you happen to be in the area and are into Tequila or Mezcal, this place is an absolute must.

An ordinary Margarita is sweetened with a combination of orange liqueur and simple syrup. But when Julio Bermejo discovered agave nectar, he was intrigued.

Agave nectar or syrup was not very common in those days. Still, Bermejo experimented a bit and came up with a Margarita recipe that solely works with the sweetness of agave nectar. No syrup, no orange liqueur.

At that time, Agave syrup was way more expensive than combining syrup and orange liqueur, but Bermejo loved the result.

A Tommy's Margarita has a much more pronounced agave taste than the citrus-forward classic version. It is a beautiful twist, not only for Tequila and Mezcal aficionados.

Ultimately Tommy's version is a lighter and fresher version of the traditional Margarita recipe. Reason enough for barkeepers to put the cocktail on their menu.