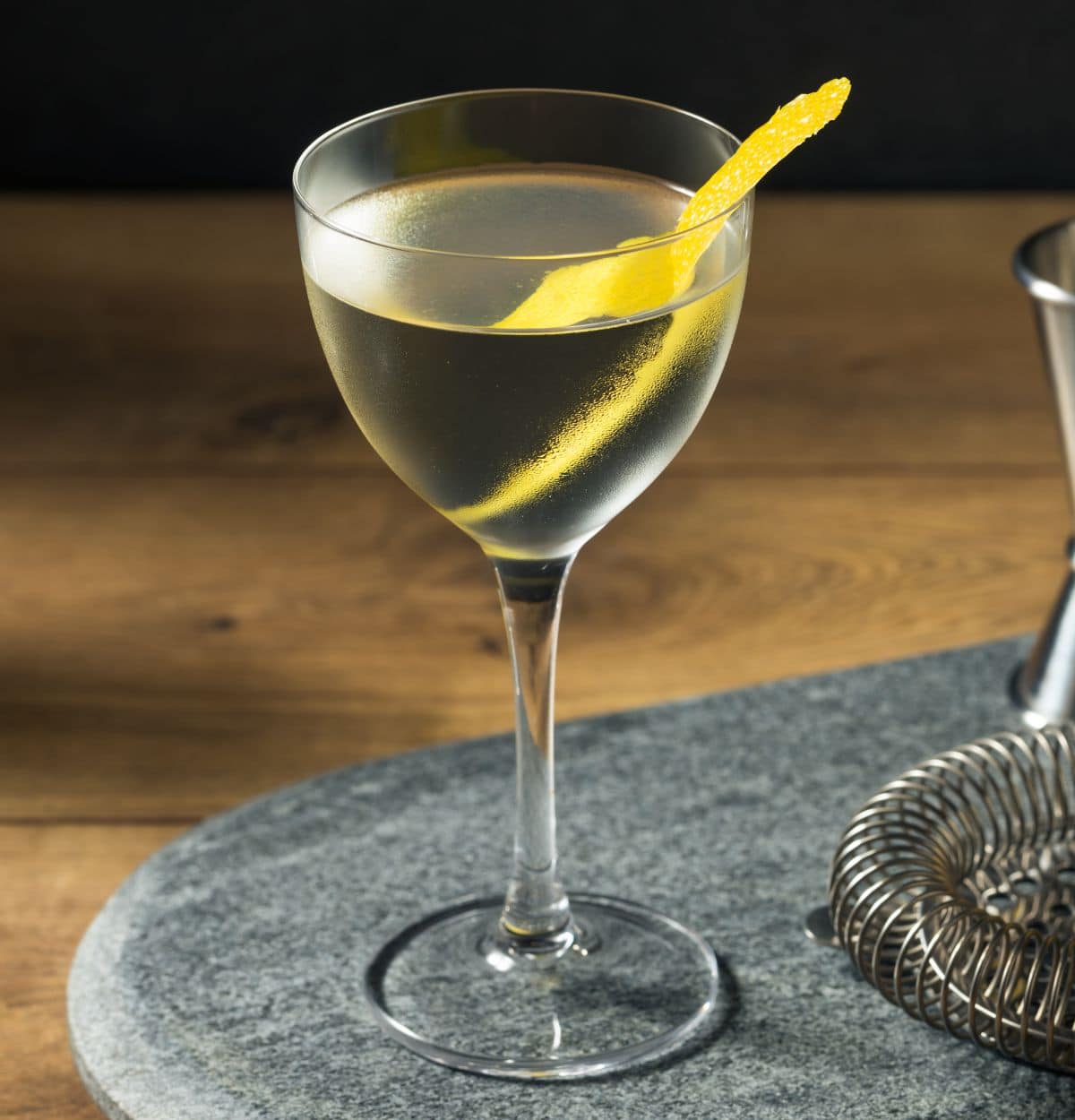 The Vesper Martini is a riff on the classic Martini and one of the cocktails James Bond ordered in one of the newer films. It is a classy and elegant drink with an interesting history.

The Vesper Martini is a classy and elegant drink that even made it into one of Ian Fleming's books. Certainly, when thinking about James Bond, one of the first things that come to mind is how he orders his favorite cocktail, the classic Martini.

The cocktail that should be "shaken, not stirred" is something that stuck with our favorite secret agent. And as can be expected, 007 is not a fan of light drinks.

So, the Vesper Martini is a variation Bond ordered in the "Casino Royale" novel and the riff that contains only high-proof alcoholic ingredients. It is a boozy mix of Vodka, Gin, and Kina Lillet.

The Vesper is one of many delicious Martini recipes that evolved from the traditional version. And next to major winners like the Espresso Martini, it's undoubtedly one of the more popular riffs.

Read on if you want to learn how the drink got invented and what you need to make a delicious Vesper Martini.

History of the Vesper cocktail

The story of how the Vesper came to life is pretty unusual. Most cocktails were invented in a bar or at least first mentioned in books written by experienced bartenders.

It is rare that such a famous cocktail comes from someone who is a consumer rather than a drink inventor. But that's just what happened with the Vesper Martini.

The first mention of the Vesper Martini

Perhaps this comes as a big surprise, or maybe you already guessed: Ian Fleming, the author who invented and wrote the James Bond novels, is the person who thought up this famous Martini riff.

He describes how 007 orders the drink in his 1953 novel Casino Royale and explains how he later names it after his lover, Vesper Lynd. A secret agent who also works at MI6 but turns out not to be what she first seemed and -spoiler alert- dies a tragic death.

But back to the drink: because the Vesper is a relatively recent creation and well-documented thanks to its first appearance in a famous book, we know the components and exact measurements: A mix of Gin, Vodka, and Kina Lillet. Or as James Bond said it:

"Three measures of Gordon's, one of Vodka, half a measure of Kina Lillet. Shake it very well until it's ice-cold, then add a large thin slice of lemon peel."

Usually, a drink that only contains alcoholic ingredients is not shaken but stirred. Yet, shaking the Vesper Martini will make for a more aerated, colder, and more diluted drink.

The appearance will be more cloudy than its stirred counterpart. And there might also be some ice shard left in your Vesper if you don't strain carefully.

Ingredients for a Vesper Martini

Ian Fleming was exceptionally precise when it came to describing the cocktail and its ingredients. So if you want to make the drink as close to the original as possible, here's what you need:

Gin for the Vesper Martini

For the Gin part, James Bond explicitly asks for Gordon's Gin. Even though this is not the fanciest and most exclusive brand of Gin, it has a long tradition in the UK.

In fact, not only James Bond swears on it, but also Queen Elizabeth. She appreciates a good drink with Gordon's Gin & Dubonnet.

If you want to experiment with the recipe, I recommend trying out other types of Gin. Today, there's a large variety on the market, from fruit-forward, more floral, herbal, and even maritime Gins.

That is a great way to create a slight twist on the recipe without re-inventing the wheel.

Vodka in the Vesper

For the Vodka, there's no specific brand mentioned in the book. But there's an interesting note stating what kind of Vodka is the preferred choice of Mr. Bond.

After taking a sip of his Vesper, he praised the result. However, not without a recommendation on how to make the drink even better.

"Excellent … but if you can get a Vodka made with grain instead of potatoes, you will find it still better,…"

So Gordon's Gin and grain Vodka is for the base. The only ingredient missing is Kina Lillet.

Unfortunately, this product is no longer available as production has stopped. The Lillet company decided to replace it with Lillet Blanc, a slightly sweeter version than the original Kina Lillet.

If you're looking for a better replacement for the original, try Cocchi Americano, an Italian Dry Vermouth. It's much closer to the traditional taste of Kina Lillet and a great substitutional product. 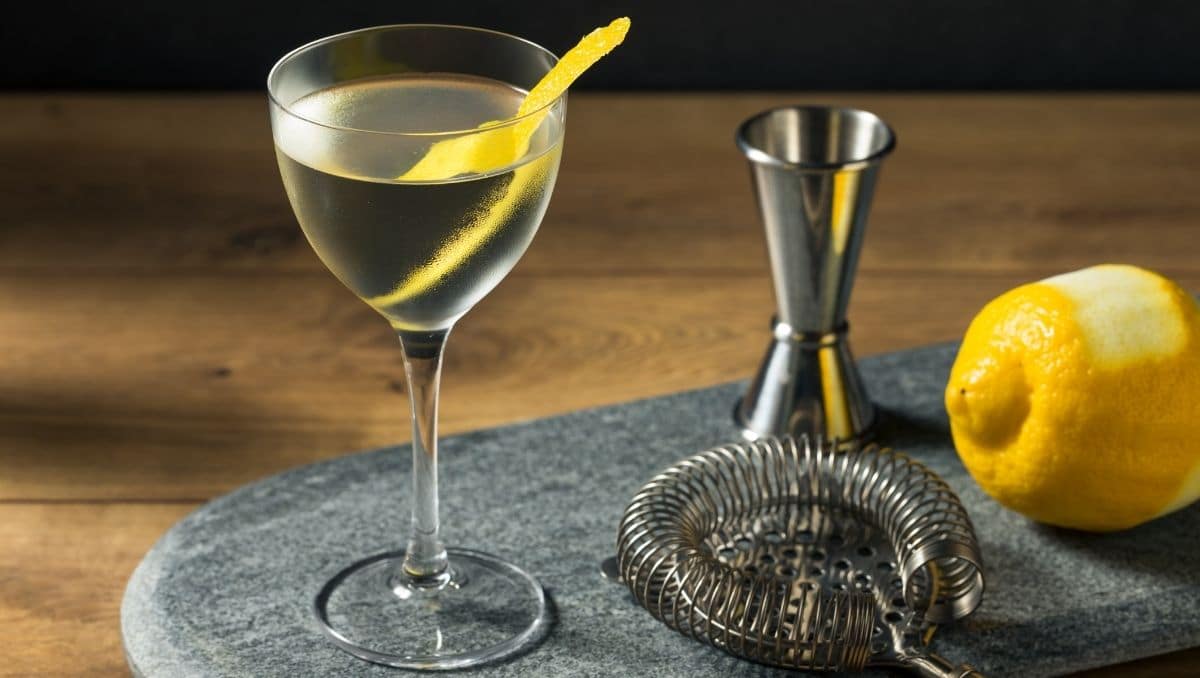