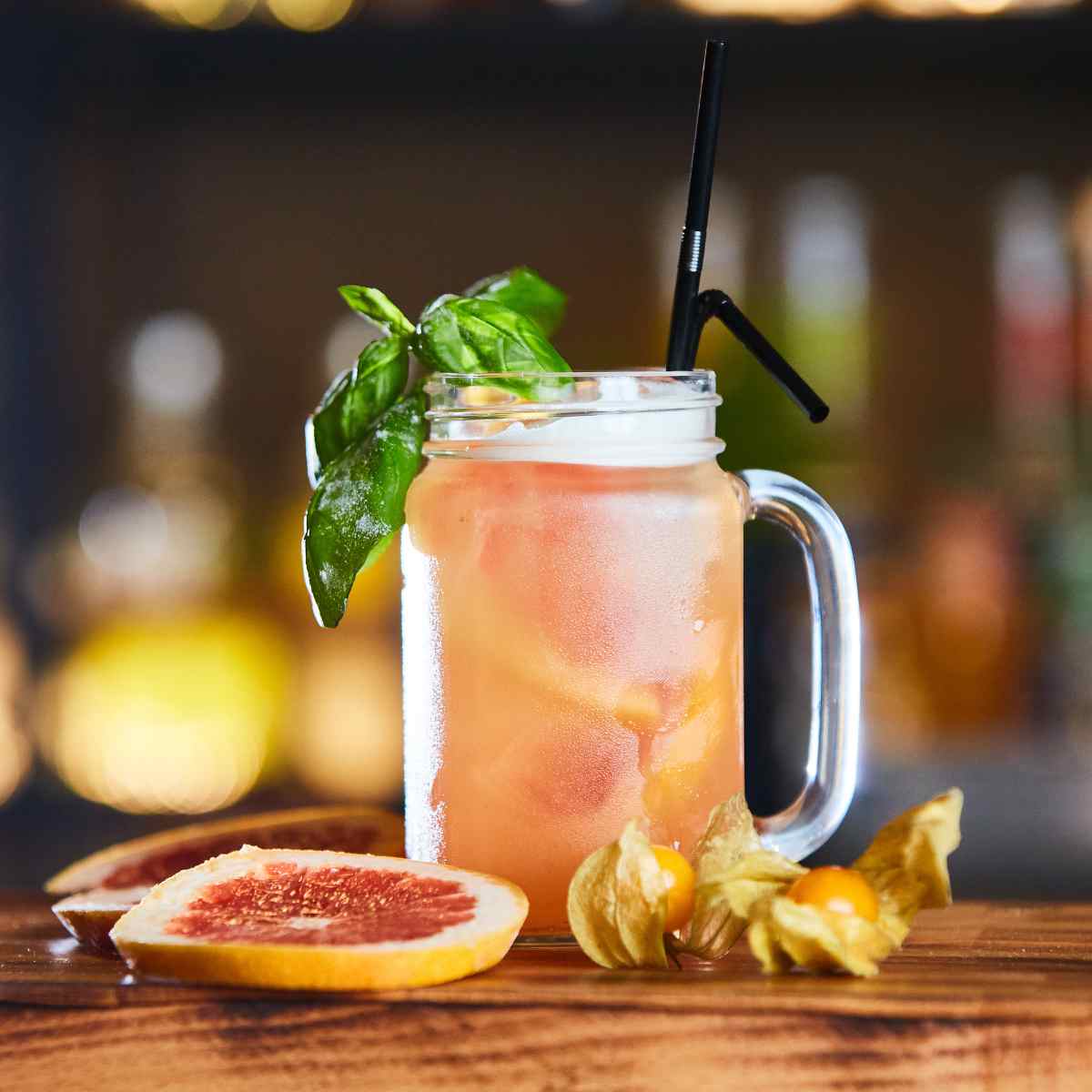 And even though this whole thing looks like a mere marketing stunt from Jack Daniels, the story of this drink is a bit more complex than that.

The inventor of the Lynchburg Lemonade is Tony Mason, a bartender and bar owner from Alabama.

Jack Daniels unashamedly put his recipe on their website without crediting Mason. As you can imagine, the situation ended up in a lawsuit. -One of the biggest lawsuits about cocktail copyrights so far. But I'll get to that later.

The drink, sometimes also referred to as Jack Daniels lemonade, is based on the renowned Tennessee Whiskey combined with four other ingredients. The original recipe for Lynchburg Lemonade asked for a sweet and sour mix. Yet, you better replace this with fresh ingredients. Here's what's in the cocktail:

How to make a Lynchburg Lemonade

The original recipe for making a Lynchburg Lemonade asked for a sour mix. But you better replace this with some fresh lemon juice and simple syrup.

It's almost as convenient and will taste much fresher.

And besides lemon juice, you need Jack Daniels, Triple Sec, and lemon-lime soda like Sprite or 7-up.

You don't even need a cocktail shaker or mixing glass. You can easily build the drink in the cocktail glass.

Just take a glass filled with ice. Add Whiskey, lemon juice, Triple Sec, and syrup, and give it a quick stir. Now top up with chilled soda and garnish the drink with lemon slices.

Variations on the recipe

If fresh lemons make the drink too tart for your tastebuds, there are two ways to make it more palatable.

The first one is using rich simple syrup or gomme syrup instead of regular syrup. That increases the sugar levels in the drink without adding additional elements. And due to the higher concentration of sugar, the resulting Lynchburg Lemonade also has a richer mouthfeel.

The second option is using honey syrup, also called honey mix. That makes the recipe slightly sweeter and adds a touch of honey which works exceptionally well with Whiskey.

As an alternative to lemon juice, you can use other citrus juices. Grapefruit juice, for example, makes for a fancy little twist to the classic recipe and is best used in combination with gomme syrup.

If you want to solidarize with Tony Mason and don't want to use Jack Daniels in your Lynchburg Lemonade, I have a few Tennessee Whiskey recommendations you could use alternatively.

The first is George Dickel No.12 - This traditional sour mash Whiskey has a super smooth mouthfeel, a deep and rich flavor profile, and packs a punch at 45% ABV. And the best part is that this long-aged spirit is quite affordable at $25 per 750ml bottle.

History of the Lynchburg Lemonade recipe

In 1980, Tony Mason developed the recipe for the Lynchburg lemonade. His formula was simple. It asked for 1 oz of Jack Daniels, 1 oz of Triple Sec, 1 oz of sour mix, and 4 ounces of lemon-lime soda.

When he decided to serve the drink to his guests at his restaurant and lounge, he received positive feedback throughout.

Two years later, a Jack Daniels sales representative, Winston Randle, came to the place and was introduced to Mason's creation.

Randle enjoyed the serve and asked about the recipe. And, as you might have guessed, this was when the trouble began.

In good faith, Mason told Randle the recipe and only asked to credit him should they decide to promote the drink.

As you already know, Jack Daniels did, indeed, promote it. Barely one year later, they launched a massive marketing campaign around the Lynchburg Lemonade recipe. The problem was they conveniently forgot to mention Mason anywhere.

In 1987 Mason sued Jack Daniels in a, for those times, monumental 13 Million Dollar lawsuit that he ultimately lost. An in-depth recap explains why and how the jury decided against Mason.

And until today, you can find the recipe for the Lynchburg Lemonade on their website without a hint of credit for its original creator.