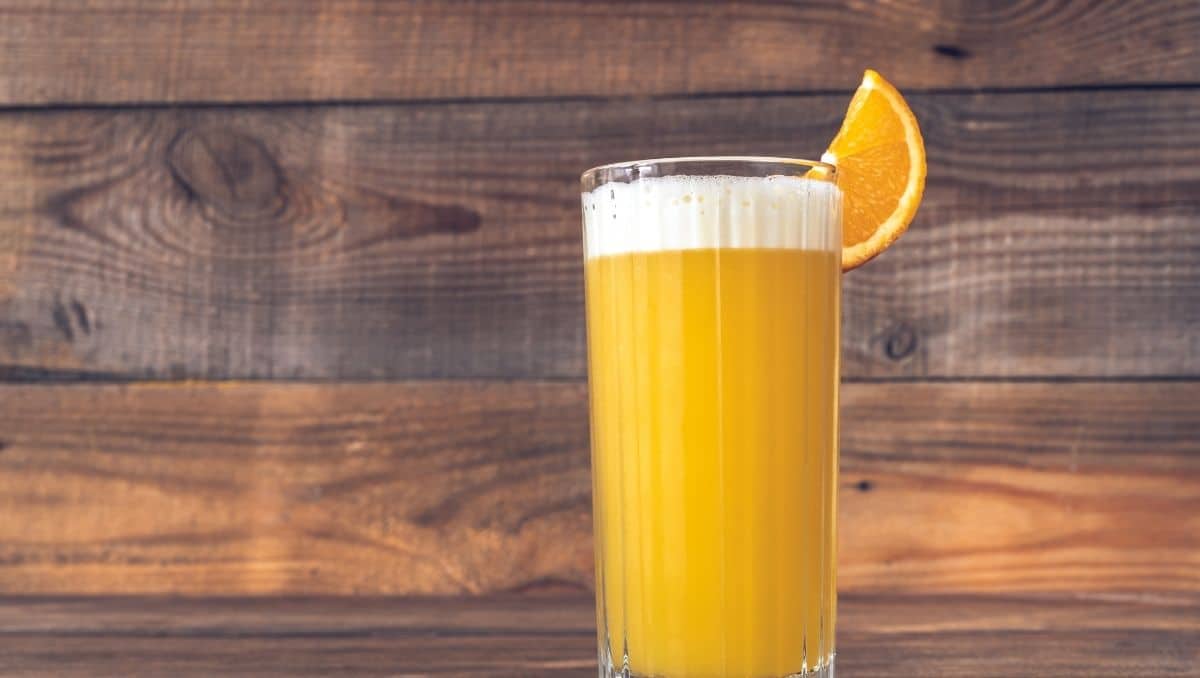 The Yellow Bird cocktail is a vibrant and tasty drink from the Caribbean. A bright-colored cocktail with notes of vanilla and licorice.

Like most other Caribbean cocktails, the Yellow Bird contains Rum. But besides Rum, Triple Sec, and lime juice, another ingredient is responsible for the characteristic taste and appearance - Galliano.

Galliano, as you might have guessed from the sound of the word, is an Italian ingredient. It's a sweet herbal liqueur with a very complex flavor profile. Most dominantly, you can taste notes of vanilla and anise.

But Galliano is not only an essential ingredient for the taste of a Yellow Bird, but it's also responsible for the bright yellow color which gave the drink its name.

And to emphasize the tropical theme, the cocktail is commonly garnished with a banana carved to imitate the shape of a bird.

History of the Yellow Bird cocktail

Trying to reconstruct the history of the Yellow Bird seems impossible. Very little documentation is available, and the parts that are on record provide no ground for further research.

So there's quite some guesswork involved when I talk about the drinks past. But everything I could find out is part of the following story.

And this story starts in Haiti as the cocktail's roots are linked tightly to Haitian culture. Although there is no direct indication that the drink got invented in Haiti, there's quite a chance it was the birthplace of the Yellow Bird.

The main reason for this assumption is that the name of the drink most likely derived from a lyrical poem from 1883 named Choucoune.

Choucoune is a ballad about a man and his love for a Haitian woman. Eventually, that poem evolved into a song that became a beloved slow meringue in Haiti.

More than 60 years later, in 1957, Choucune was re-written in English. The title of the English version is "Yellow Bird".

The first written documentation of a "Yellow Bird" cocktail is actually from Jamaica. On the Caribbean Island, at Half Moon Resort in Rose Hall, the drink was served as a mix of Rum, coffee liqueur, crème de banana, and fresh orange juice.

Soon, both the Yellow Bird song and cocktail gained local popularity. -The cocktail in the Half Moon Resort; the song mainly in bars on Hawaii. And one of these bars also served a Yellow Bird cocktail using Galliano in the recipe.

Galliano's role in the story

In the end, it was Galliano that accelerated the popularity of the drink. A multi-page advertisement of Galliano in the Palm Beach Post promoted the Yellow Bird cocktail as a drink with roots in Haiti.

Obviously, the ad also included a recipe for the cocktail that asked for Galliano, White Rum, Triple Sec, and lime juice.

The advertisement was a huge success. Hence, the recipe promoted in the ad became the standard way to make this cocktail. Even the IBA version heavily relies on this recipe from the Galliano marketing team.

The recipe based on the one Galliano Company promoted is made from a crisp White Rum, fresh lime juice, Cointreau, and Galliano. The measurements for making the cocktail are:

A more tropical version also includes the above ingredients. Although, in slightly different measurements. On top of that, pineapple juice, orange juice, banana liqueur, and Dark Rum join the party.

With both versions, you'll get a delicious cocktail. But I personally favor the 2nd.

With the addition of just a teaspoon of acid lime cordial, you can lift the drink even more. If you don't know what that is, read on to find out.

How to make acid lime cordial

Acid lime cordial is a great way to sweeten a cocktail without making it overly sweet.

Making acid lime cordial at home is fairly easy and similar to making a simple syrup, except for some extra steps to make it more acidic.

Start with equal amounts of sugar and clarified lime juice. Add peels of two to three limes to the mix and heat it all up in a small saucepan.

Simmer until the sugar fully dissolves. Now it's time to increase the acidity. For this, you want to use citrus acid and malic acid.

Naturally, the measurements depend on the amount of cordial you intend to make. So, per one liter of cordial, you should use 14.5 grams and 7.5 grams of malic acid.