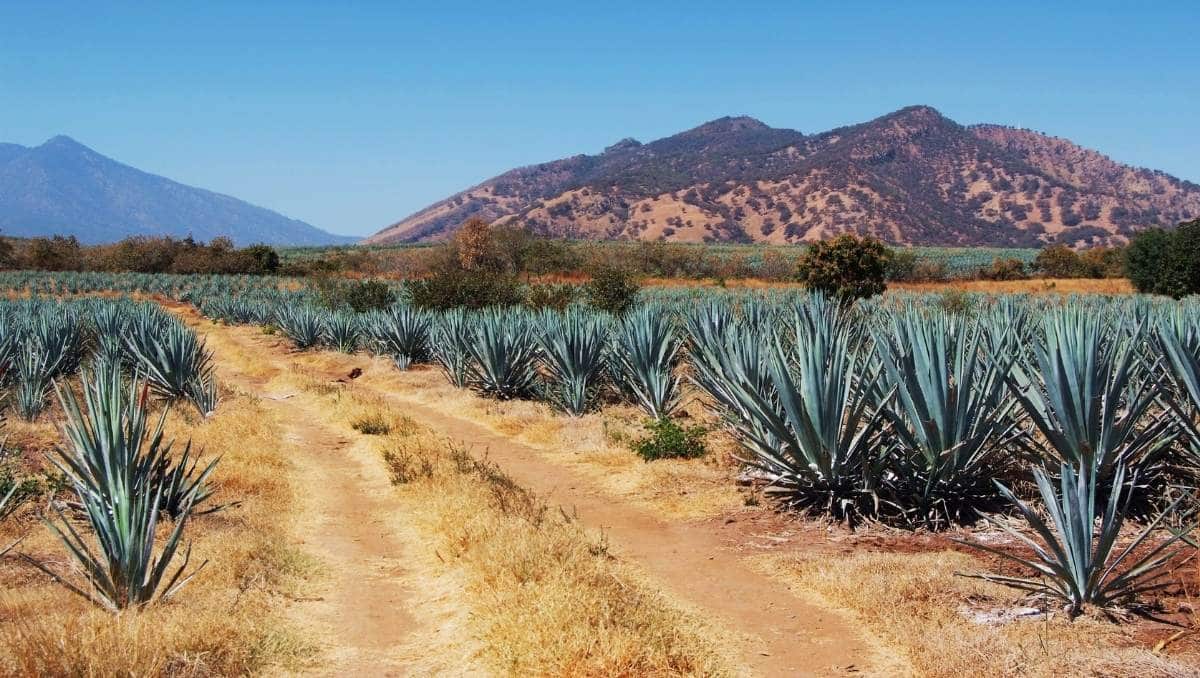 Mexican spirits are among the most popular in the world, with Tequila still being the most famous. But there's a lot more to discover. From smoky Mezcal to floral Charanda, here's a list of all traditional Mexican spirits.

Everybody knows Tequila, and lately, more and more people know Mezcal. But few know that Tequila, in fact, is a type of Mezcal and even fewer are aware that there are way more Mexican spirits. And not all of them are made from agave - even though, admittedly, the majority are.

This article is about traditional Mexican spirits. Of course, Mexico also produces Whiskey and a lot of other stuff, too. But those do not originate in Mexico, and I save those for another time.

So, here is our overview of traditional Mexican Spirits, starting with the most popular one.

Tequila certainly is the clear number one on this list. The spirit is made from one particular kind of agave, the blue weber agave. And it has to be produced in one of the five Mexican states of Jalisco, Guanajuato, Michoacan, Nayarit, or Tamaulipas. Tequila comes in different types, classified by their quality and by the time they are aged.

Tequila also is one of the most famous spirits to have as a shot. And for some of us, this may have led to bad ideas and severe hangovers in the past. So, if you've had your share of Tequila shots already, try one of the many Tequila cocktails instead. For instance, the Spicy Grapefruit Margarita, the Tommy's Margarita, or another riff on a classic, the Oaxaca Old Fashioned. If it's close to the festive season, a White Chistmas Margarita Punch is quite an eye-catcher, too.

Mezcal is becoming more and more popular in recent years. The spirit is also made of agave, has a distinct smoky taste, and is not as strictly regulated as Tequila. It must be double-distilled and can be made of 30 different agave species, with the most common being Espadin. And just as for Tequila, you can get different types of Mezcal.

There are also fewer geographic restrictions, which brought the spirit on the radar of celebrities. As a result, we now have Casamigos Mezcal by George Clooney. Or Dos Hombres Mezcal by two of our favorite Breaking Bad actors, Bryan Cranston and Aaron Paul.

Yet, the majority of Mezcal still comes from Oaxaca, Mexico. If you have never tried Mezcal before, try a sip neatly to get an idea of what smoky taste means in the context of agave spirit. It can be quite an experience. To balance the intense smokiness, you can also beautifully incorporate Mezcal in cocktails.

Should you need advice on which Mezcal to buy, check out this list with our Mezcal recommendations.

Sotol has had a bit of a difficult childhood. Once belonging to the category of Mexican agave spirits, it was re-classified when the plant used to make it, the so-called desert spoon, suddenly wasn't considered an agave anymore. But apart from the scientific/botanical aspect, Sotol nonetheless is closely related to Mezcal and Tequila.

The taste of Sotol is closer to Tequila than it is to Mezcal, simply because the production process doesn't involve roasting the plants, and therefore it's not a smoky spirit. The plant used for making Sotol grows anywhere between Texas, US, and Oaxaca, MX. And the taste of this Mexican spirit strongly depends on the territory where the plants get harvested.

Except for the Desert Door Distillery in Texas, Sotol is distilled only in Mexico, with Chihuahua, Coahuila, and Durango being the main producers.

Pox is the first spirit on this list that is in no way related to agave. Its base is fermented corn, wheat, and sugarcane. And it is even more of a niche product than Sotol. But, like Sotol, this ancient Mayan spirit slowly starts to gain some international recognition. In case you were wondering, Mexicans pronounce the "x" like "sh". So the correct way to say it would be "Posh".

Because the product is not legally regulated, you can get a whole variety of different Pox with flavors ranging from sweet, slightly rum-like to notes reminding of smoky corn tortillas.

When you want to use Pox in Cocktails, you can substitute it for Rum or for Gin even. Despite being a Mexican spirit, it's not the best choice for classic Mexican cocktails like the Margarita or the Paloma.

Charanda is best described as Mexican Rum. And it is made from sugarcane in the form of either juice, molasses, piloncillo, or a combination of those.

Piloncillo is unrefined sugarcane in solid form. After fermenting the sugar cane, the mash is distilled twice before being bottled.

The Mexican spirit is commercially available unaged only, but some experiment with barrel-aging.And even though it is referred to as Mexican Rum because of its base product, it tastes nothing like Rum. It has some unexpected floral and fruity notes mixed into the spiciness coming from the sugarcane.

In the Purépecha language, Charanda means red-colored soil, which derives from the hill range Cerro de la Charanda, where the first distillery was built in the 16th century. And the characteristics of the spirit depend a lot on the territory of origin.

Therefore, since 2003, Charanda has been officially a protected denomination of origin spirit. Since then, only products made from sugarcane growing and being distilled in one of 16 municipalities (from a total of 113) within the Mexican state of Michoacán can be called Charanda. So the territorial restriction is a lot stricter than it is for Tequila.

However, the passion for distilling Charanda also is way less than for Tequila. And where once were almost 100 distillers, there are only about 6 or 7 left today. And because the name is so little known, these producers write aguardiente or artisanal Rum on their bottles. But with the rise of Mezcal and Sotol, Charanda, too, prepares for a comeback.

Now we're back with the Mexican spirits from agave again. Raicalla basically is a Mezcal produced outside the designated Mezcal states. Funnily enough, the largest part of the production happens in Jalisco, the state primarily associated with Tequila.

As for Mezcal, the agave hearts are roasted before distillation. But unlike other Mexican spirits that need to be double-distilled, Raicilla is usually single-distilled. It has a four times longer fermentation process than Mezcal and can be made of any agave species.

Because of the extended production process and the countless agave varieties used, the flavor profile of Raicilla is hard to pin down. It has a massive range. Yet, usually, it is pretty acidic and not the ideal Mexican spirit to use in cocktails.

Raicilla once was the drink of the poor and, as such, first prohibited and then heavily taxed. Production moved underground, quite similar to the Irish Poitín. And because taxes were only on spirits made from the piña, peopled lied when tax collectors became suspicious. They said they used the roots instead of the piña - of course, they didn't. But it still manifested the name Raicilla or little root.

Comiteco is yet another agave spirit, but it is solely made in one town in Chiapas, Comitán de Domínguez, and from the juice of one type of agave, the maguey Comiteco.

It is quite a smooth drink with an herbal and earthy aroma, but none of the smokiness we know from Mezcal or Raicilla. For Comiteco, neither the piña (heart) nor the pencas (leaves) of the agave are used. Instead, only agave sap is extracted from the piña and then distilled. This sap is also called aguamiel, which literally translates to honey water.

In the mid-1900s, the production of Comiteco was almost on one level with Tequila, but a dramatic shortage of maguey Comiteco brought it to a sudden halt. And to protect the few plants left, the spirit was banned in the 60s. And that ban was lifted only in the 90s when the population had fully recovered. Thankfully, these days, the production of Comiteco is way more sustainable than it used to be in the 1950s.

It's hard to pinpoint the taste of Comiteco. It's a bit like Rum mixed with agave and a hint of honey. But because it's so smooth, it makes a decent good cocktail ingredient.

Like Tequila, Bacanora is a sub-type of Mezcal. The Mexican spirit was issued an origin denomination bill in 2000 and since then can be made only from agave growing in designated municipalities in the state of Sonora.

And to round up that article nicely, tastewise, it occupies a spot right between Mezcal and Tequila, with the production method being more similar to that of Mezcal. It has a complex and peppery aroma with an earthy finish. And it carries a subtle smokiness, too.

First, Bacanora could be made from any wild agave plant, but the more popular it became, the more refined got the production process. And eventually, only Agave Pacifica was deemed suitable for making the spirit.

And Sonorans loved this new, smooth spirit. So much, in fact, that government put an end to it. Not because of any shortage in agave, but because people drank it every day, and things started to get out of hand. That was in the late 19th century, and it took almost 100 years for the ban to be lifted again. Since 1992, Sonorans can enjoy their favorite spirit in public again. Cheers to that!