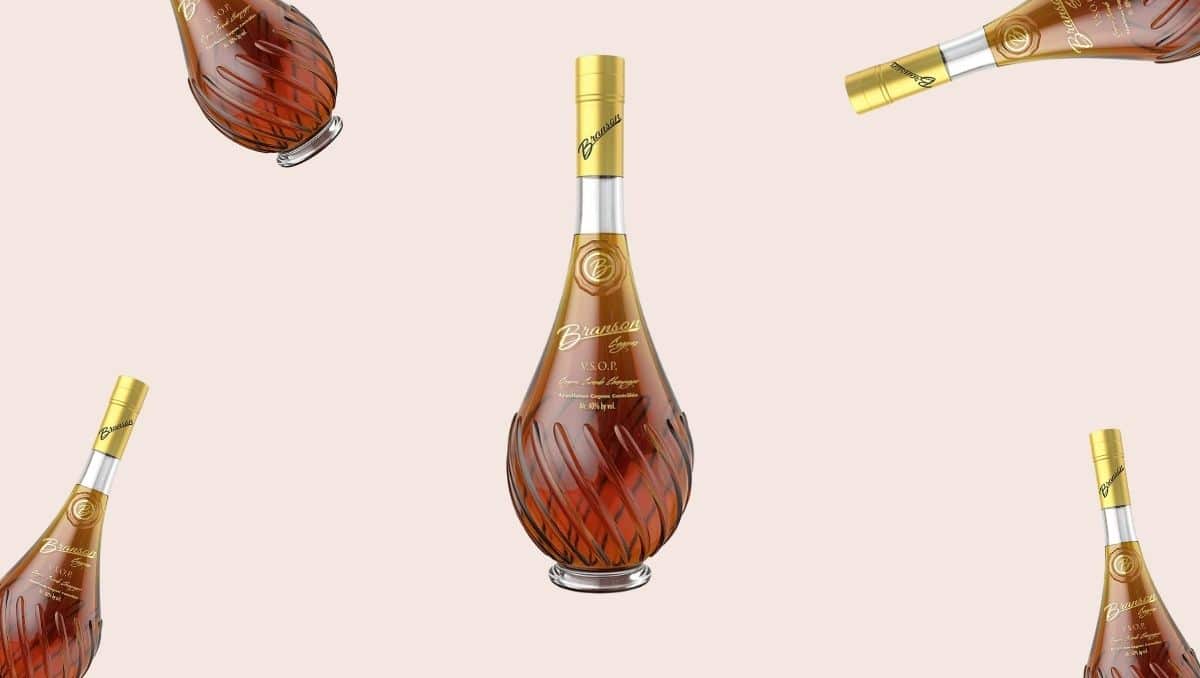 Branson Cognac is a new Cognac brand owned by Rap legend Curtis Jacks aka 50 Cent. The Cognac from the Grande Champagne region is available in four different expressions.

Celebrity releases of spirits are nothing new. In the past couple of years, there were plenty of successful celebrity releases like Teremana Tequila from the Rock or Dos Hombres Mezcal by Bryan Cranston& Aaron Paul.

Branson Cognac has been around for a few years already. In 2018, Curtis Jackson released his Cognac brand with quite a social media buzz. But as with the numerous other celebrity spirits, the big question is, are these products worth their price? And can they really compete with the leaders in their market?

Branson Cognac comes in four different versions: In addition to the standard VSOP, there are Branson Phanton, Bransom Royale, and a XO Branson Cognac available. But first, I want to give you some basic facts about the brand and who helps Fifty with the production of his Cognac.

To create a strong Cognac, you certainly need an expert in this field. And no disrespect to Curtis Jackson, his knowledge about producing fine Cognac might not be extensive enough. So who helped bring the Branson Cognac to life?

When doing some research, the necessary expertise comes from Raymond Ragnaud. The family of Ragnaud has owned vineyards in the Grande Champagne since the 1860s. They now produce Cognac in the 5th generation and have released some excellent bottles over the years.

The grapes used for their Ragnaud products are mainly Ugni-Blanc and Folle Blanche. And so, it only makes sense that the Branson Cognac is made with Ugni Blanc. These grapes are sourced and hand-harvested exclusively in the Grande Champagne region. They then get distilled in an old pot still from the 1800s and age in the finest Sessile Oak casks, some more than 50 years old. Due to complying with all these quality standards, you can also see that Branson Cognac is advertised with the addition of Grande Champagne.

Branson Cognac has four different offerings. And each version is aged even longer than it would need to according to the regulations. Their VS bottles age up to four years, with the minimum time being two years. The VSOP version ages up to seven years, compared to the four years required by law. And finally, the majority of their XO release ages for as long as 25 years. Legally, the minimum aging time for XO Cognac would be only ten years.

Phantom is probably the most classic Cognac from Branson. The grapes for this Cognac come from the Borderies and Fin Bois regions. After a pot still distillation, the resulting Cognac ages for up to 4 years in French oak barrels. Phantom is smooth but still has a noticeable burn to it. You can taste notes of French oak, citrus, tobacco, and a hint of apple.

Bransons Royal Cognac is a blend of different Eaux-de-Vie from various vineyards in the Cognac region. Most of them are located in the Petit Champagne and Borderies regions. Aged for a minimum of 5 years, the Cognac is a bit smoother than the Phantom. And the flavor profile includes notes of oak, vanilla, fruit, and spices, as well.

The VSOP is a true Grande Champagne Cognac. The grapes are harvested by hand and grow in the best parts of the Grande Champagne region. After aging for up to 7 years, this Cognac develops the distinctive bright golden color. It is smooth and contains the aromas of tobacco and fruits. And its overall taste is sweet and spicy with notes of cloves, vanilla, and oak.

Like the VSOP version, too, Branson XO is made from Eaux-de-Vie from the Grande Champagne region. As required per law, the XO version ages for a minimum of 10 years. However, the majority of the Cognac ages for a lot longer. More than 50 percent of the spirit age around 25 years, creating an extra smooth Cognac. The flavor profile of this extra old spirit includes notes of orange zest and honey.

The story of 50 Cent producing Cognac started in 2017. In July 2017, he went to visit the Cognac region to find and negotiate with potential partners. The media had no idea and thought he made a little trip there out of private interest -to learn more about the spirit and the production in general.

But about a year later, 50 Cent announced via social media that he has partnered with Branson Cognac. Others might have preferred a press release but Curtis being Curtis, announced it on his social accounts. A clever marketing tactic that brought up some viral posts creating quite some anticipation amongst his followers.

Then, in 2019, he released a post revealing being the mastermind behind Branson. In a post showing a couple of bottles of Branson Cognac as well as a Rémy Martin Louis XIII, he stated “What you thought l was doing in France fool. l went to get the work, l got da plug, get wit me."

And for those of you who saw the post: The Rémy Martin bottle in his photo was especially interesting because his Branson XO bottle looks strikingly similar. So similar, in fact, that Rémy Martin has initiated legal action.

Looking at the two bottles of Branson XO and the popular Rémy Martin XO, you cannot help but see the similarities. And as Rémy Martin XO Cognac is the second best-selling XO Cognac in the US, they feel that Branson tried to copy the design to benefit from their reputation. According to this Reuters release, this was reason enough for Rémy Martin to Sue Sire Spirits, the brand selling the Branson Cognac. In response, Curtis filed a motion on behalf of his company. So far, there is no news about any possible outcome, but time will certainly tell.

Sire Spirits filed the motion to dismiss the lawsuit on October 18th, 2021. In an interview Sire's attorney states that “Rémy Martin must be stopped, and the claims against Sire Spirits should not be allowed to survive.” He further explains that the bottle design is way more common than Rémy Martin thinks. And because of that “No brand or company has the right to exclude others from making or selling a curved bottle for Cognac or other alcohol,”.

In January 2022 the trademark claims by Rémy Martin were dismissed. Although they included detailed descriptions and hand-drawn images they failed to clearly and separately identify the elements of its claimed trade dress. Therefore the claims were dismissed with leave to replead.

Who made Branson Cognac?

Branson Cognac is produced by Sire Spirits, a company owned by Curtis Jackson, aka 50 Cent. The actual Cognac is made by Raymond Ragnaud, a family producing Cognac in the Grande Champagne region in the 5th generation.

How much does a bottle of Branson cognac cost?

The Branson VS Phantom sells for $49.99. Their traditional VSOP and VSOP Royal offerings Royal is priced at $59.99. And their high-end XO Cognac costs around $249.99.