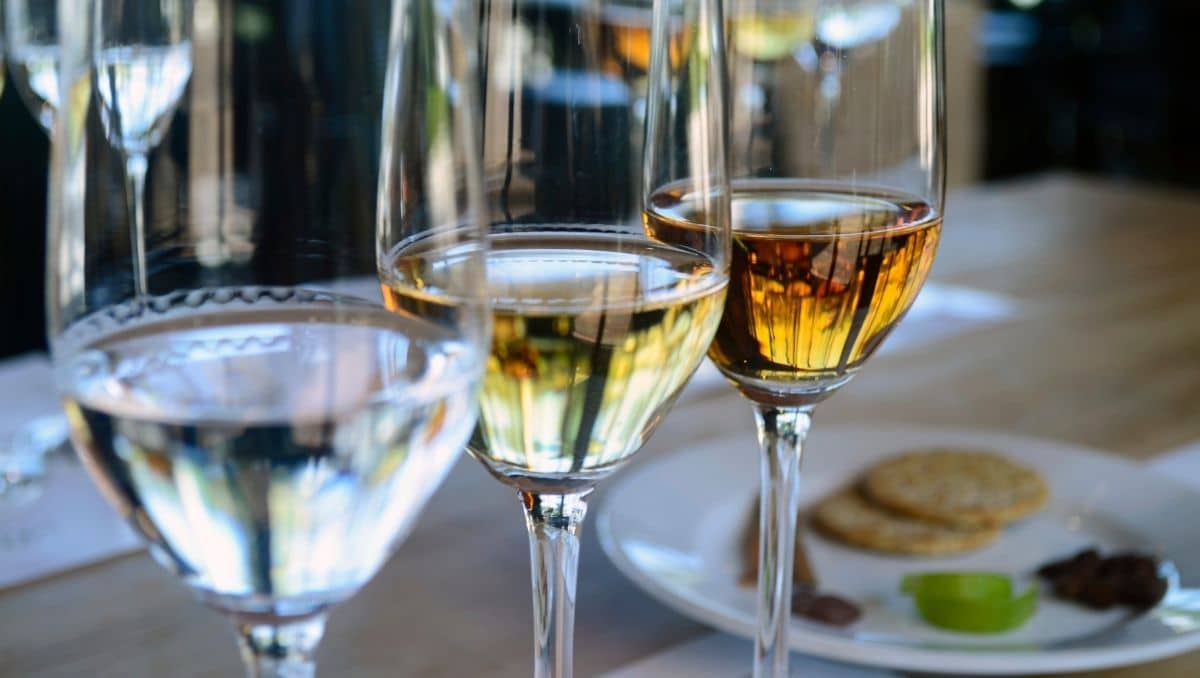 The Different Types of Tequila

Tequila is one of the most successful exports from Mexico. The spirit made of the blue weber agave plant is famous in countries all over the globe and comes in different types and quality grades.

I am sure that most of you had a shot of at least one of the different types of Tequila at least once. And some probably might have had a few more than that - including me.

That's hardly surprising, considering Tequila is one of the most popular spirits in the world.

To give the popularity of Tequila a face, in 2020, Mexico exported more than 270 million liters of Tequila worldwide. The majority of it went straight to its neighbor, the US.

However, not all Tequilas are the same. There are two different classes and seven different types of Tequila. But first, a short introduction to Tequila in general.

Tequila is a distilled spirit from Mexico. It's a specific type of Mezcal and can be produced only in a few Mexican states. Similar to top-shelf alcoholic beverages Champagne, Tequila is strongly regulated.

Unless having been produced and manufactured in some of the few designated regions, it can not be named Tequila.

Further, unlike other Mezcals, only one specific agave plant is allowed in the production of Tequila. And that is the blue weber agave, also known as blue agave plant or agave tequilana.

The two classes of Tequila

And before I explain the different types of Tequila, you should know that there are also two classes of Tequila. The first is Tequila mixto, and the second is 100% agave Tequila.

Here's a quick overview of the two.

Tequilas of this class are made of blue agave only. They get distilled from the piñas of the blue agave plant without added sugars.

Further, it is mandatory that 100% agave Tequila gets bottled within the designated production territory.

Usually, those Tequilas are of the highest quality. Thus, ideally, you would only drink Tequila shots that fall into this class. That will save you from some severe headaches.

As the name implies, the mixto Tequilas are mixed. That means that, before the fermentation process, other sugars are added to the mix.

On paper, most of this sugar still has to come from blue agave. However, on closer inspection, that translates to a reality of 51% natural sugar being enough to classify as a Tequila mixto.

So, basically, half the sugar of a Mixto can be whatever the producers want, which you can also identify by taste. -The agave notes are barely there in some cases.

The most annoying part here is that you will never find the word "mixto" on a bottle. The Mixto Tequila is sold as just "Tequila" all the same.

Therefore, only if the bottle states it's 100% agave do you know you have the real deal. Therefore, be wary next time you stock up your home bar.

The five different types of Tequila

When talking about Tequila, many can agree on five different types. Some others, however, argue that there are, in fact, seven types nowadays.

One way or another, I will cover the two new ones at the bottom of this article. So, the basic types of Tequila remain Blanco, Joven, Reposado, Añejo, and Extra Añejo.

For many experts, this is the purest version of Tequila. Blanco Tequila is also known as Silver or Plata, referring to its usually colorless appearance.

Blanco Tequila is also called an unaged despite aging for up to 59 days. This short amount of aging time is one of the principal reasons for the colorless appearance.

The other is that Blanco Tequila usually is aged in stainless-steel tanks rather than a barrel.

However, you can find Blanco Tequilas that have a light golden shade to them. It occurs when they are aged in oak wood barrels. Then they turn to a pale amber tone.

The term Joven is the Spanish word for young and indicates we are not talking about an aged Tequila. Its characteristic amber color is the reason it's often called "Oro" or "gold" Tequila.

There are two different ways to achieve this amber color. In the best case, Joven Tequila is a blended mix of unaged and aged Tequilas.
But unfortunately, most of the time, what you get is a Blanco Tequila "blended" with added coloring and flavoring.

So I recommend, if you want to make sure to get a Tequila that truthfully aged slightly longer, look for a Reposado.

A Reposado Tequila deserves to be called aged Tequila, as it matures in oak or Holm oak barrels for at least 60 days.

The barrels also cause a darker color because besides adding a richer flavor, the wood also brings color to the distilled Tequila.

You can find a wide variety of products within this type of Tequila. Some are barely different from Joven Tequilas, while others stay in the barrel for almost a year. At the upper end of the scale, those Tequilas can be nearly as mature as Añejo Tequilas.

Añejo translates to old. And this type of Tequila is aged for at least one year in large Tequila barrels.

If we talk about, let's say, Whiskey, that would by no means qualify as old. But in the world of Tequila, it does. That is not least due to one big disadvantage Tequila producers have:

Agava plants take almost a decade to grow before one can harvest them. That's a lot of time and effort already going into the product before it even exists.

The maximum size of barrels for Tequila-aging is 600l. Once filled, the sealed casks are set aside for one year or more. Age then gives the beautiful amber color to the Tequila, while it also develops vanilla and floral aromas.

In some cases, caramel is added to Añejo Tequila to enhance the color and flavor of the final product even further.

Tequila of the type Extra Añejo is aged for at least three years in the same barrels as Anejo Tequila. This type is relatively new and evolved due to the rising popularity of the agave spirit.

It was first released in 2006 and quickly became very popular. The main reason is that aged Tequila develops very intense, deep, and intriguing flavor profiles.

There are some top-shelf Extra Añejo Tequilas that are comparable to fine Cognacs in terms of complexity - and also in price.

The first time I tried an excellent Extra Añejo Tequila, I was blown away by its taste. Should you want to share the experience, it was a glass of Jose Cuervo's Reserva de la Familia. Certainly not cheap, but it is worth its price tag.

Now let's look at the latest two additions on the list, which are somewhat controversial.

Both change the traditional Tequila in a way that almost turns it into a different product. So let's talk about the Curados and the Cristalino Tequilas.

Tequila Curados get flavored with natural ingredients like fruits. Typical flavorings are lemon, orange, strawberry, and pineapple. But not only is the flavor different.

Tequila Curados only need to contain 25% agave during the fermentation process. That's even a lot less than a mixto needs.

The fact that additional sweeteners, coloring, and flavors are allowed makes this type very debatable. According to the standard, up to 7.5% can be "non-traditional" ingredients.

In my opinion, that's too much and takes away from the beautiful product Tequila is.

Another controversial type of Tequila is the Cristalino. Cristalino Tequilas are either filtered with charcoal or redistilled before bottling to get crystal clear Tequilas.

However, most of the time, the Tequilas are solely filtered to achieve the desired look.

Sadly, this usually is performed with Añejo Tequila, which matured for at least one year. The charcoal filtration will remove the beautiful golden coloring that it got from the wooden barrels.

But not only the color gets lost. -A considerable portion of the beautiful, slowly developed flavor also is removed by filtration.

The result is a clear Tequila that somewhat lost its identity. Personally, I would prefer the standard-aged Añejo Tequila over a Cristalino any time.