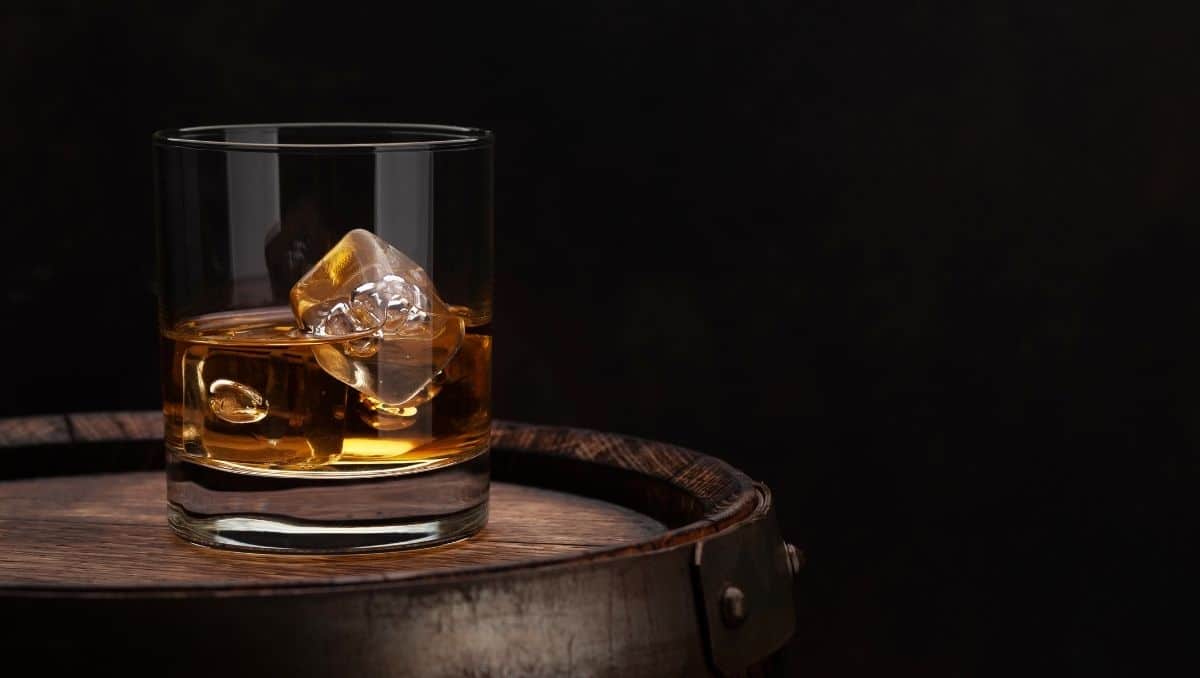 How Many Calories in Scotch or Whiskey?

Do you wonder how many calories are in Scotch or other types of Whiskey, like Bourbon or Rye? We've got you covered.

Scotch Whisky is a distilled spirit from Scotland. It is made of malted barley and other grains. A Whisky has to be produced in Scotland to be named Scotch. But how many calories are in Scotch?

So let's find out how to determine how many calories are in Scotch and how it compares to other Whiskeys.

Let's define what Scotch is first. As I already said, it's a distilled spirit from Scotland.

It is a specific type of Whisky fermented with yeast and aged in oak barrels for a minimum of 3 years. Generally, a good Scotch is amber-colored and more on the smoky side. You can usually taste warm notes of caramel, spices, and vanilla.

Scotch is one of the most common types of Whiskey besides Bourbon and Rye. And it is a drink you can enjoy in small quantities, even on a diet. To learn more, read this article about Scotch.

How many Calories are in Scotch

Compared to other alcoholic drinks, a dram of Scotch contains a moderate amount of calories. If you drink it neat, that is.

The calories also depend on the alcohol content. The higher the ABV, the more calories the Scotch does contain. As Scotch does not contain sugar or fat, the ABV is basically the only factor having a notable impact on the calories.

A serving of 1oz 50% abv Scotch contains about 80 calories. In the chart below, you can check out exactly how many calories your Scotch has.

Calories in Bourbon and Rye Whiskey

The amount of calories does not depend on the type of Whiskey but rather on the level of proof. As a rule of thumb, a gram of alcohol has about seven calories.

That means a Bourbon or Rye with 50% alcohol by volume has 25% more calories than an alternative with only 40% abv.

Whatever Whiskey you choose, they're all relatively low in calories -compared to alcoholic beverages.

You might now wonder how the situation is for Vodka, Gin, or Rum compared to Whiskey. The answer is short and sweet: it is pretty much the same.

Some have slightly more calories, especially Rums are sometimes sweetened. But in the big picture, the difference is negligible.

However, mixed into cocktails, it often is an entirely different story. The addition of syrups, liqueurs, or other high-calorie ingredients will severely increase the total calorie count.

So let's see what low-calorie options there are to drink Scotch.

The best way to keep the number of calories in your Scotch down is to drink it without additional ingredients.

If you have or want to add something, there are some clever ways to choose your ingredients. So, here's a list of the most popular ways to drink Scotch when on a diet.

As I said before, drinking your Scotch neat is, of course, a low-calorie option. I prefer to drink my Scotch neat over on the rocks. Yet, if you favor enjoying your Whisky cold, the next option is for you.

Drinking Scotch on the rocks is probably the most popular way to enjoy the peaty spirit.

The term "on the rocks" is so popular that the Japanese chose to make it a very similar phrase in their language. On the rocks is オンザロック (Onzarokku) in Japanese.

Regarding the calories, ice cubes will dilute your Whisky a little. So, the amount of calories per oz decreases by a fraction. But honestly, the difference is so small that it is irrelevant if you drink your Scotch neat or on the rocks.

This highball also doesn't add any extra calories. Scotch is usually mixed with club soda, not with sweetened soft drinks like coke. The calorie intake per oz decreases depending on your ratios.

Add a slice of lime to make this highball both refreshing and low in calories.

That is my least favorite of this selection. But ignoring personal preferences (I know many people happily drink their Scotch or Bourbon with a bit of water), this also doesn't add any calories.

You now know the low-calorie alternatives to enjoy your Scotch Whisky. But, clearly, there are some more sugary ways to enjoy it.

If you look at a simple cocktail like a Whiskey Sour, you increase your calorie intake by roughly 50%. The cocktail made with syrup and lemon juice will make for a sensational drink, though.

The same also applies to Scotch Highballs, not mixed with club soda but with Tonic Water or Ginger Ale.

These mixers also increase the calorie intake by 50% or even more. It all depends on the amount of mixer and also the type or brand.

But 50 percent is a lot. If you are on a diet, perhaps a steady Scotch & Soda can do the trick. If not, try one of our favorite cocktails made with Scotch.

Is Scotch Good For Weight Loss?

That's a big no followed by a tiny, conditional yes. A no because there are many other beverages with lower amounts of calories. Water, for example. And alcohol, in general, can always influence your metabolic rate negatively.

Yet, if the choice is not between no alcohol and alcohol but which alcohol, Scotch is a good choice. A regular jigger shot of Whiskey (1.5 oz) contains between 105 and 123 calories, which is comparably low for alcoholic beverages.

Scotch also doesn't contain any carbs, sugar, or salt. It also doesn't change your blood glucose levels as many other spirits do.

Still, the calories of a serving of Scotch are empty. That means they're not useful for our bodies in any way. Plus, alcohol also causes an increased appetite.

Drunk moderately, Scotch can be beneficial

You might have heard this before, and it is true. Drinking Scotch or other Whiskey can be beneficial to your health.

The benefits of regularly drinking a glass of red wine were proven a long time ago, but there's evidence that a moderate intake of alcohol, can positively affect your health. -With a strong emphasis on moderate.

That does not mean you should start drinking alcohol. There are countless other things you can do to improve your health.

It means that drinking moderately and having a sip of Whiskey after a long day is not as much of a guilty pleasure as you thought it was. Again, "moderate" is the critical element here.

In the article linked above, you can read what moderate means and what the benefits can be. Cheers!