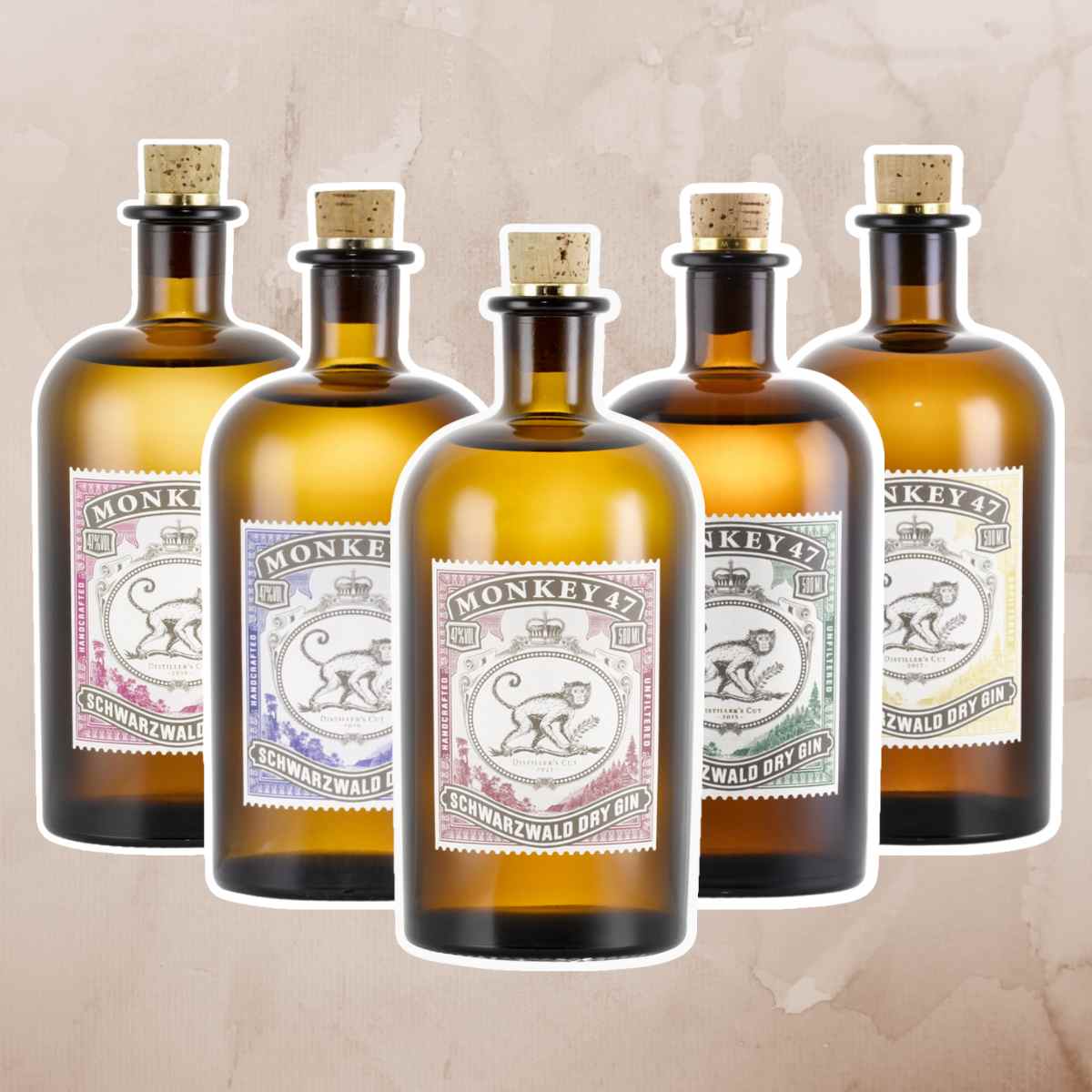 The Distiller's Cut from Monkey 47 is a limited edition release produced only once a year. The bottles are strictly limited and, therefore, sought-after collectibles.

Once per year, the famous Gin distillery deep in the Black Forest surprises us with something new. The standard recipe of Monkey 47 consists of 47 different botanicals and follows a standardized production process. But their Distiller's Cut is different.

With each release, they alter only one element. That can be an addition to the list of botanicals or an extra step like aging in barrels.

What is Monkey 47's Distillers Cut?

Monkey 47 Distiller's Cut is a limited-edition Gin returning once per year in a new version. Although only one ingredient or step differs, the result often tastes significantly different from the standard bottle.

The release is limited to 4,000 bottles in the US (375ml) and 4,000 bottles for the rest of the world (500ml). In the past, there were even fewer bottles, making it even less likely to get one of these rarities.

How do I buy one?

You can't just order them or buy them in stores. Instead, Monkey organizes raffles for each of their limited releases.

If you're among the winners, you get a chance to buy a bottle. If not, you can try to get one when visiting their promotional events, or buy one online after the release. The latter usually comes with a hefty price increase as only a few will re-sell their Distiller's Cut.

All Distiller's Cuts since 2011

The brand calls their secret twists "Species Rara". As mentioned, that can be an addition of an ingredient, increasing an already included ingredient, or an extra step during production.

Like Max, the monkey in the logo, Piper Borbonese comes straight out of the jungle. The berries of this plant are considered close relatives of black pepper.

These wild pepper trees grow in the Madagascan jungle and can reach a height of up to 20 meters.

Hibiscus has a beautiful scent and flavor, which is why it's a favorite in teas and juices. The taste is comparable to cranberries, with a pronounced sweetness and hints of earthy notes.

This species rara added a beautifully earthy floral note to the Gin. Making it sweeter and easier to sip compared to the regular bottle.

Norway Spruce, alias picea abies, is the most common choice for Christmas trees. The coniferous tree grows all over Europe and is known for its intense and pleasant scent.

The shoots are also part of the regular recipe, but in the 2013 limited expression, they were the star of the show. That resulted in an intense earthy flavor and a foresty note in the Gin.

In 2014 "Oxalis triangularis" was the name of the species rara. In English, this ingredient is called Purple Shamrock. The plant has a subtle bitterness that goes hand in hand with fruity and floral aromas.

The special ingredient in this release was spignel (lat. meum athamanticum). Spignel, or Bärwurz in German, is a rare plant that grows in mountainous regions, including the Black Forest.

The flowers of the plant were harvested by hand, the seeds dried and then macerated and distilled with the other ingredients of the traditional Monkey 47 gin.

Honey and alcohol have been a popular pairing for almost as long as humans produce alcohol. People quickly discovered that the combination makes for a delicious honey wine.

Then, the Gin is distilled three times before it matures in pottery jars. This aging process helps with making the flavors more pronounced and intense.

The extra ingredients in the 2018 Distiller's Cut were red mustard cress leaves. Before being bottled, the final product blend aged for a year in earthenware containers and was married with soft Black Forest water.

Myristicae arillus, the seed covering of the nutmeg, also known as nutmeg mace, was the "species rara" - the 48th botanical in the 2019 release.

The resulting Gin has an earthy and herbal aroma with hints of burnt rosemary and forest floor.

Alexander Stein, the founder, chose to age the classic Monkey 47 in Mizunara oak barrels for the 2020 release. That replaced the usual extra ingredient added each of the previous years to the list of 47 botanicals.

This Distiller's Cut Gin matured in these barrels for an unspecified period, and only 2000 bottles were available in the US.

This botanical might sound exotic, but it actually grows on a farmstead just around the corner from the Monkey 47 distillery. The herb, also known as bee balm, is harvested from the lower parts of the Swabian Jura mountains.

Read more about this release in our in-depth review of the 2021 Distiller's Cut.

The latest special ingredient was woodruff. The herbs had to dry for multiple weeks to develop the desired flavor. The goal was to replicate the coumarin flavor - an aromatic compound with strong bitter notes and vanilla.

The resulting Gin has a spicy note with hints of cinnamon and vanilla. It seems the experiment paid off because you can definitely taste the woodruff in this expression.