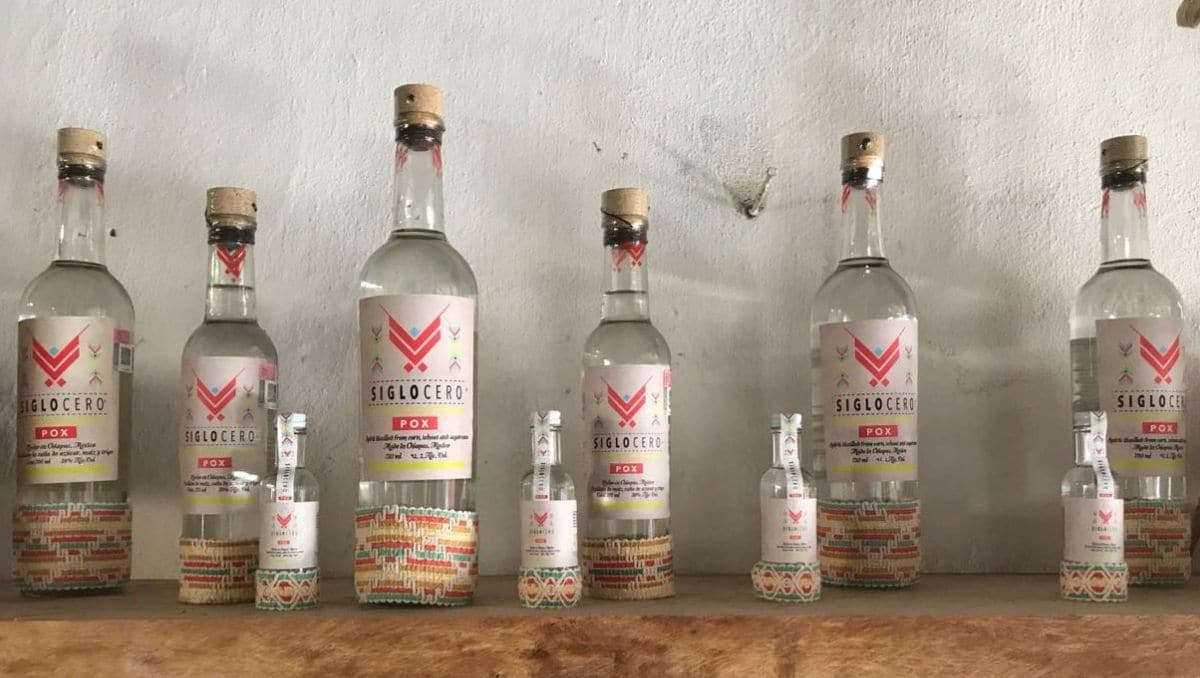 Pox - Everything You Need To Know About This Ancient Mayan Spirit

Pox is another spirit originating in Mexico. However, unlike the usual suspects such as Tequila and Mezcal, there's no agave involved.

Pox is a unique Mayan spirit created by the Tzotzil Mayans in Chiapas.

With Tequila and Mezcal being on top of the list, Pox is one of the lesser-known spirits from Mexico. Even Sotol is more popular than this ancient Mayan liquor.

And while most other Mexican spirits are based on agave plants of different varieties, Pox is made of corn and sugarcane. By the way, the x in Pox is pronounced "sh", as is the case for many Mayan words.

The spirit's origin dates back hundreds of years, yet it is not very famous across the globe. So it is about time to take a closer look at it and give you some information about "Posh".

Pox is a colorless, high-proof spirit made by the Tzotzil Mayans in Chiapas, Mexico. It's also known as agua ardiente, which literally translates to "fire water" or "burning water."

It is made with corn, wheat, and sugarcane and plays a significant role in Mayan culture. For instance, the spirit is often used in religious ceremonies in the Chiapas region.

The production of this spirit is not regulated. Therefore, you can get many different types of Pox.

What most of them have in common, though, is a high percentage of alcohol and a slightly smoky taste with a hint of sweetness.

For a long time, Pox was only available in the Chiapas region as it was prohibited to sell the spirit outside its native territory. But that changed nine years ago, and now Pox is starting to gain traction in bars across Mexico and the US.

The taste of Pox can vary widely. But the majority combine a light smokiness with sweetness from the corn.

This mix of toasty notes and the sweet aftertaste is comparable with that of a good Rum. More corn-heavy versions are comparable to the flavor of smoked corn tortillas.

Thus, Pox is an excellent replacement for Rum, making it an attractive option for twists on classic Tiki cocktails like the Mai-Tai.

The Mayan Spirit that lets you visit the underworld

As a traditional Mayan spirit, it is used in religious ceremonies. In the Tzotzil Mayans language, Pox is the equivalent to "medicine" or "healing."

Indigenous communities used it to cure physical and spiritual problems. The high amount of alcohol combined with the burn was associated with healing from stomach pains and freeing from evil spirits.

The Mayas believed that the burning sensation after drinking Pox was caused by evil spirits leaving your body. And the comforting warmth following the burn then would fill the void the evil spirits left behind.

It's also believed that Mayan priests and warriors used Pox to visit the underworld.

Why Mexican spirits are on the rise

For a very long time, Tequila was the only popular spirit coming from Mexico. At least on a global level.

But with the rise of Mezcal, which suddenly kind of went viral, more and more people are getting interested in other Mexican spirits, too.

That also helped Sotol to establish a place in the world of liquors. And it certainly doesn't hurt Pox, either.

Additionally, the timing to legally allow selling Pox outside of the native region was perfect. Since 2012 you can get it more easily. A brilliant time to benefit from the success of Mezcal.

Because the Mayan spirit has been kept a secret for such a long time, many bartenders have become curious and begun experimenting with it.

Today, you can find it in many bars across Mexico and some North American bars, as well.

How to make Pox

There are many different ways of making and flavoring Pox. That results in a wide range of products. For instance, you can get Pox with an ABV of 19%, but also with 53%.

The lower ABV versions are usually infused and macerated. And only the stronger ones are used in Mayan ceremonies.

The key ingredients are corn, wheat, and sugarcane, which is fermented for approximately ten days before the mix is distilled in a copper still. And for traditional reasons, the Pox production is usually timed by the lunar calendar. The process starts with a new moon because this phase stands for a "new beginning."

Most of the Pox production is hand-made, respecting traditional Mayan methods.

Pox as a cocktail ingredient

There are plenty of ways to use Pox in cocktails besides replacing Rum in popular Tiki cocktails.

Its distinct, unique flavor profile is a perfect option for twists of sorts. As this is a more extensive topic, we have a separate article about cocktails made with Pox, which you can find here.

Pox is an intriguing and unique spirit with an ancient history. The Mayan aguardiente still plays a significant part in Tzotzil Mayan culture, but it is also one of the new and upcoming Mexican spirits.

If you want to try it yourself, a bottle of Siglo Cero would be a good choice. -It's one of the very few brands that are easily accessible at the moment.