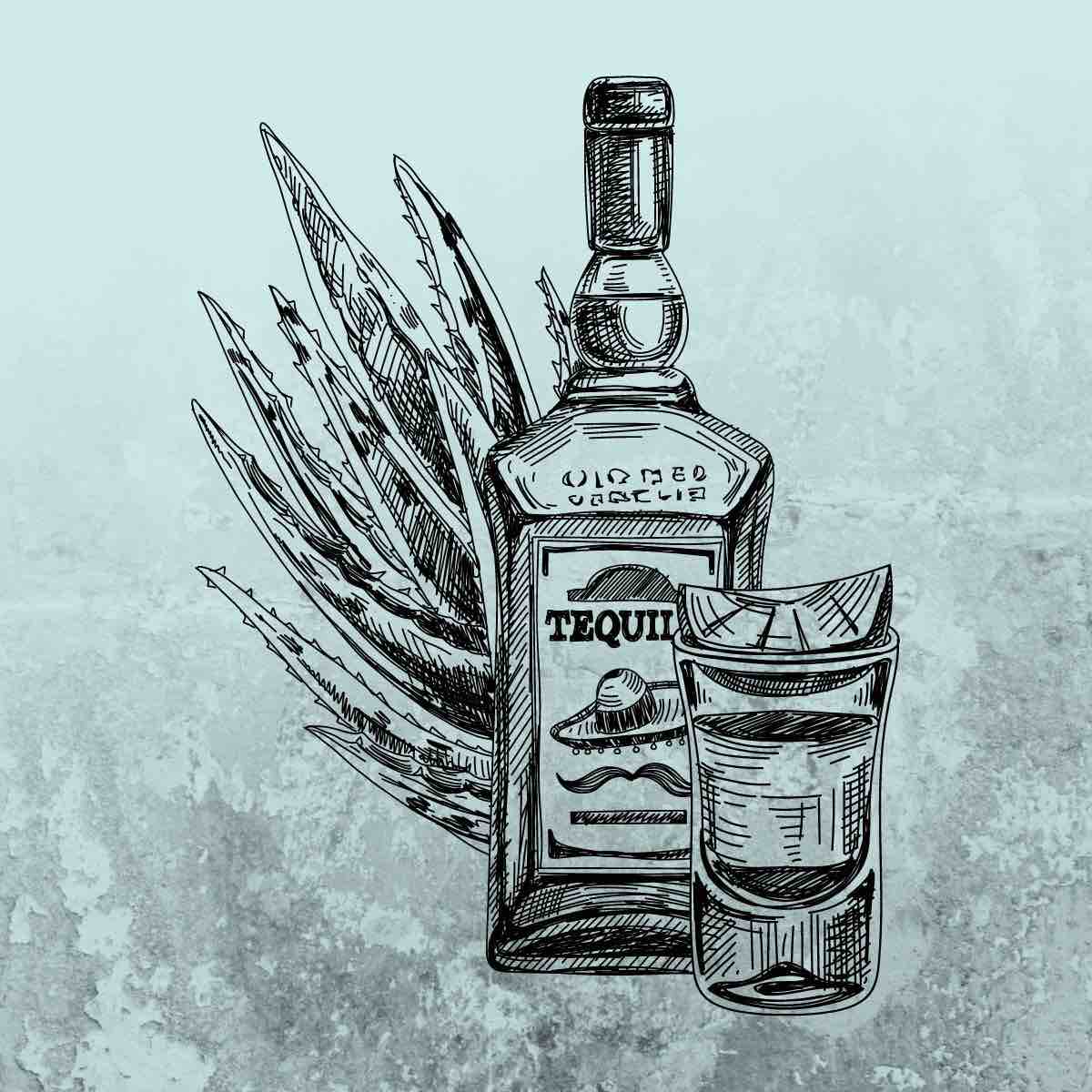 A complete Guide to Tequila

Tequila is a distilled spirit made with the Blue Weber agave and can only be produced in 5 regions in Mexico. Find more in this guide on the popular agave spirit.

Tequila is famous all over the globe. Still, Mexico and the United States account for the lion's share of the world's Tequila consumption.

Together with Canada, the three countries account for more than 61% of global consumption (see a study of Fortune Business insights).

But production is limited to specific ingredients and locations. For the spirit to be called Tequila, it must come from one of five Mexican regions.

Tequila is an agave-based, high-proof spirit produced in Mexico. It can be made from only one of more than 125 different agave species growing in Mexico, the Blue Weber agave (Agave tequilana, blue agave, or Agave Azul). Spirits made with other agave types are known as Mezcal.

Follow this link to read more about the differences between Tequila and Mezcal.

Further, Tequila must be produced exclusively in DOT (Denomination of Origin Tequila) recognized areas. That comprises the states of Jalisco, Guanajuato, Tamaulipas, Michoacan, and Nayarit. Although by far the most Tequila (around 99%) is produced in Jalisco.

The category of Tequila is divided into five different types. The main difference between these is the time of aging.

Blanco (white) or Plata (silver): Blanco or Silver Tequila is typically bottled directly after distillation or after a short time of resting (max. 59 days) in stainless steel tanks. The taste is fresh, crisp, and bold. It's an ideal ingredient for cocktails.

Joven or Oro (gold): Joven or Gold Tequila is often the result of blending Tequilas of different ages. However, sometimes the golden shade comes from adding coloring to a Blanco Tequila.

Reposado: A true Reposado has to mature in oak barrels for at least 60 days (max. 364 days). This Tequila is also excellent in cocktails, especially when you want to bring more complex flavors to classic Tequila drinks.

Añejo: Añejo Tequila has to age for at least one year in wooden casks. The result is good for sipping and usually contains vanilla, oak, and citrus notes.

Extra Añejo: This Tequila type has to be aged for a minimum of three years. The flavors of a quality Extra Añejo Tequila is best compared to premium Cognac.

In addition to these main categories, there are two new types: Curado (infused) and Cristalino (filtered). You can read more about it in our guide to the different Tequila types.

The taste of Tequila

Tequila has a distinct agave taste with unique earthy notes. Blanco Tequila has the cleanest and most pronounced agave flavor. The longer Tequila ages, the oakier and more mellow the taste.

Extra Añejo Tequila has a very complex and well-balanced flavor profile. Comparable to other aged spirits like Rum, Cognac, and Whiskey, this also shows in the price tag for these bottles.

How to drink Tequila

There are many ways to drink Tequila. Blanco Tequilas are often served as shots, aged Tequilas are great sippers, and the spirit also works exceptionally well in cocktails.

In Mexico, you traditionally drink Tequila in a Caballito glass. These narrow and tall shot glasses are slimmer than regular shot glasses for higher concentrated aromas.

Mexicans usually order aged Tequila to sip it slowly and neat at room temperature. No salt, no limes. Blanco Tequila is mostly used in mixed drinks like a Margarita.

Speaking of mixed drinks, Tequila cocktails are super tasty. The bold and earthy agave flavors shine through in every mixed drink. From Margarita to Paloma to Cantarito.

If you're looking for recommendations for Tequila and Tequila drinks, read these articles:

The history of Tequila

The roots of Mexico's most popular spirit probably date back to the Mexican Indians of the third century. They produced a cloudy fermented drink based on agave plants called Pulque, that also the Aztecs later used for their religious rites.

When the Spanish came to Mexico in the 16th century and ran out of Brandy, they decided to distill Pulque into a spirit. Around 1600, the mass production of Tequila started.

Fast forward to today, there are now around 22,000 farmers producing agave. Right now, there are millions of Blue Weber agave plants in the fields of the DOC-recognized regions.

How to produce Tequila

Tequila is made from hearts, also called piñas, of ripe, blue agave plants. On average, it takes about six years for the plants to mature. However, highland plants need significantly longer to ripen. Often it takes up to 12 years, double the time.

The agave piñas get harvested by so-called Jimadores. These specifically trained field workers cut off the shoots of the plant with a special tool called Coa, which helps preserve the starch in the agave hearts. On average, one piña weighs slightly more than 30kg but can be way heavier (up to 100kg).

Then, the piñas are cooked in ovens for up to two days to transform the starches into sugar. After cooking, the plants are pressed and shredded to get a fermentable sugar juice called aguamiel.

The aguamiel is left fermenting in stainless steel or wood tanks, either with or without the addition of yeast. After four days, the resulting liquid contains about 5 to 6% ABV.

This liquid gets distilled at least two times resulting in Blanco or Silver Tequila. To produce Reposado, Añejo, and Extra Añejo expressions, an additional aging time in oak barrels is needed.