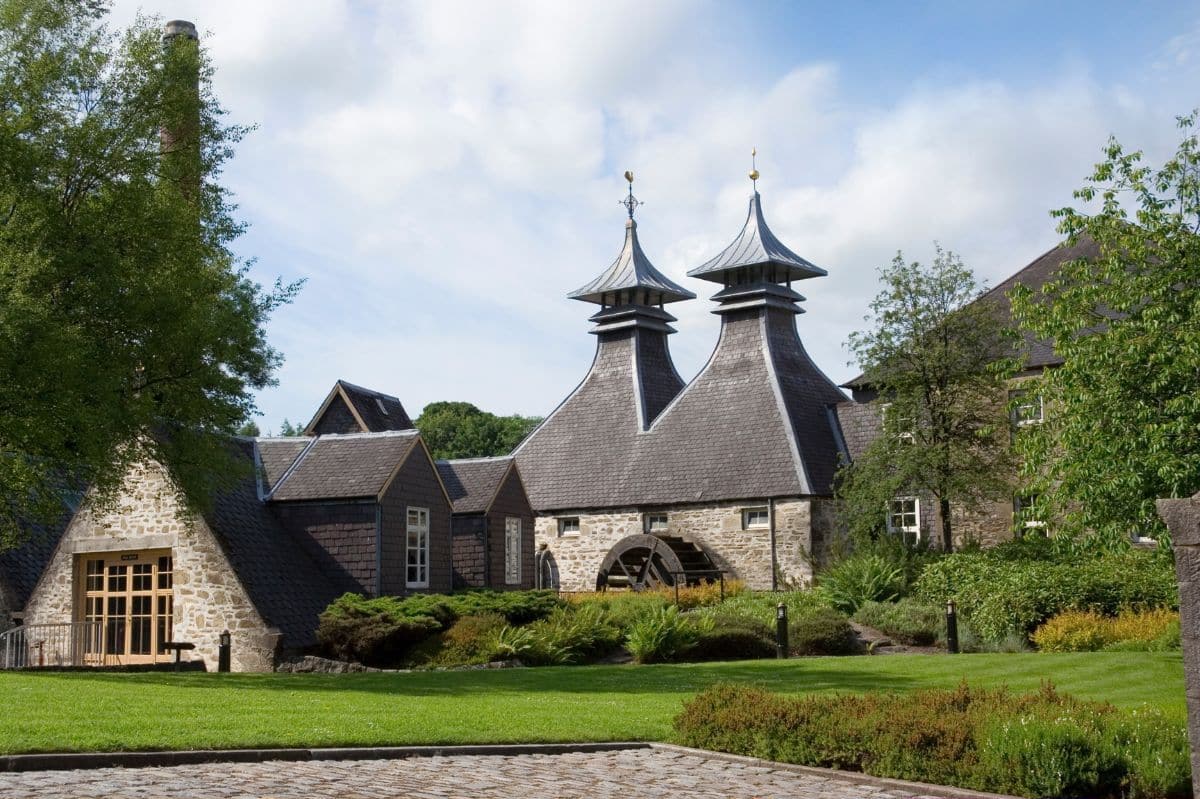 Scotch can be produced in five main regions in Scotland. Each of these regions has different characteristics that influence the taste and quality of the final product.

As the name suggests, Scotch is a special kind of Whiskey that can only be produced in Scotland. There are five official Scotch-producing regions in Scotland, each standing for particular flavors and styles of Scotch Whisky.

Don't confuse these styles with the different Scotch types, which give you information about the mash bill, the production, and the blend.

The recognized Scotch regions are Speyside, Islay, Highland, Lowland, and Campbeltown. Besides those five main regions, there is one more unofficial region: the Islands.

So, let's look into the different characteristics of each region and how they influence the final product.

Scotch Whisky is a distilled spirit that must contain malted barley. Some types are made from 100% barley, while others include additional grains.

The spirit is required to age for at least three years in oak barrels and must contain at least 40% ABV.

Further, there are five different types of Scotch: Single Malt, Single Grain, Blended Malt, Blended Grain, and Blended Scotch. This classification tells you about the mash bill (malt or grain), the blending type, and they indicate the production process.

Scotch differs from other types of Whiskey in its mash bill, the country of origin, the flavor - which is often quite peaty- and the spelling: Whisky instead of Whiskey.

If you want to know more about Scotch in general, read this post on the characteristics of Scotch Whisky.

The 5 Whisky Regions in Scotland

Scotch is produced in five different Whisky regions. Speyside is by far the most important one. And besides Speyside, there are Islay, Highland, Lowland, and Campbeltown.

Each of these five regions stands for a specific style of Scotch. For example, Scotch from Islay is usually heavily peated and has intensely smoky flavors.

Speyside is located in the northeastern part of Scotland and originally was a subregion of the Highlands. However, due to the high density of distilleries, it's treated as a separate region.

Speyside is home to more than 60 distilleries, which equals more than 50% of the country's total. Consequently, the taste of Speyside Whisky widely varies.

Nevertheless, it is known for sweeter Single Malt Scotch with little peat. Also, there are typical flavors, like apple, vanilla, oak, and dried fruit.

Speyside is also home to some of the most renowned Scotch brands in the world, such as Glenfiddich, Macallan, Dalwhinnie, Glenlivet, and Glenfiddich.

Geographically, the Highlands is the largest Whisky producing area in Scotland. It encompasses 25 distilleries.

And because it is such a large area, it is divided into four sub-areas North, East, South, and West. Each of these areas has its very own characteristic flavor.

The most influential distilleries in these regions are:

Highland Whiskies are famous for flavors like fruit cake, malt, heather, and smoke. Especially Dalmore and Glenmorangie are known for their excellent, full-bodied Single Malt Whisky.

The northern part is famous for the bold Single Malt Scotch. Scotch from the eastern part is usually milder and more fruity in taste.

The southern part of the Highlands produces similarly light and fruity Scotches with an even lighter body. The western part is famous for its peated Single Malts.

The Lowlands are the second largest area to produce Scotch Whisky. Yet, is home to only five distilleries.

Scotch from the Lowlands is known to be mild in taste with no peaty flavors. Instead, Lowland Whisky contains flavors like toffee, cream, honeysuckle, and cinnamon.

The most popular brands producing Scotch in the Lowlands are Auchentoshan and Glenkinchie.

Scotch from Islay is known for its smoky flavor and hints of saltiness. The region is located just west of the Scottish mainland and is the smallest region to produce Scotch.

However, Islay Scotch is world-renowned and home to some of the most famous brands like Ardbeg, Lagavulin, and Laphroaig.

All the above are known for producing excellent peated Single Malts with a typical Islay touch. So expect some seriously smoky notes from Islay Scotch.

The level of smoke makes Islay Scotch not the most approachable for Whisky beginners. So you can consider mixing it into Scotch cocktails to slowly get used to the peatiness.

Campbeltown once was a thriving Whisky-producing area counting more than 30 Whisky distilleries. But these times are long gone, and today, you will only find three left:

One is Glengyle, bottling their Whiskey under the label Kilkerran, Glen Scotia, and Springbank.

Campbeltown Whisky is known for its dryness and flavors like brine, toffee, vanilla, and dried fruit.

Scotch Whisky from the Islands

Besides these five major regions, there are some smaller islands that are home to more Whisky distilleries.

The Islands are enormously diverse and don't belong to an area recognized by the Scotch Whisky Association. Regardless, the islands are home to some famous Scotch brands.

Brands like, for instance, Talisker (Isle of Skye), Highland Park (Orkney), and Jura (Isle of Jura) are each located on one of these over 800 small islands.