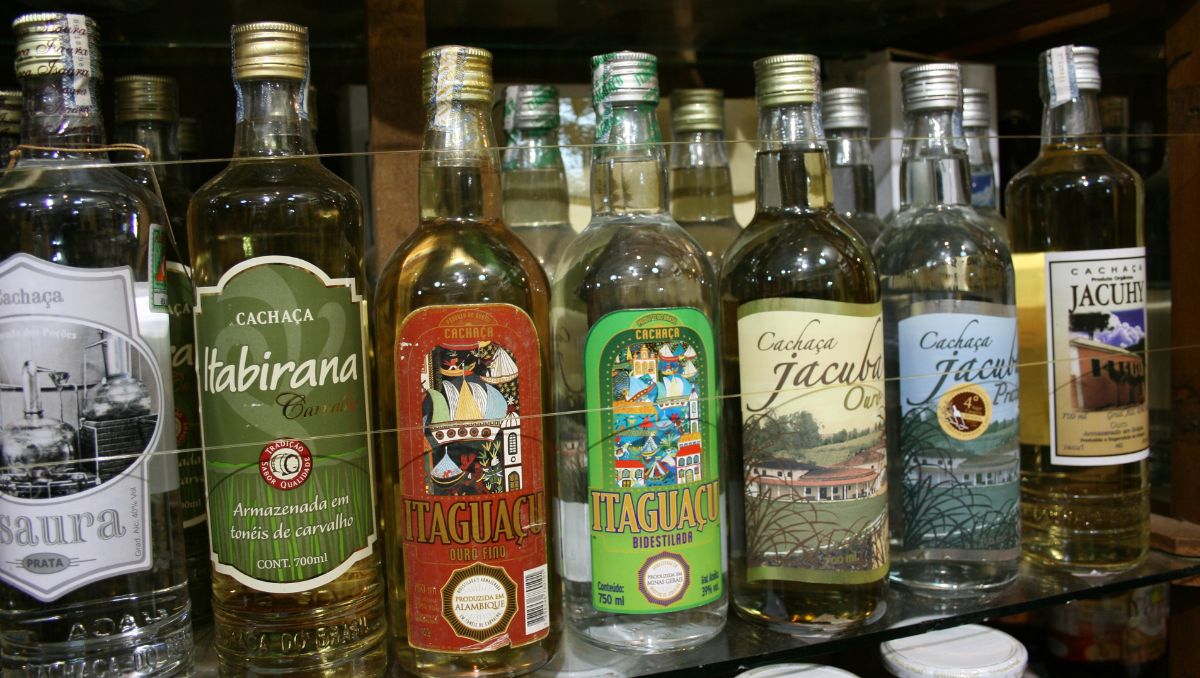 What is Cachaça? A Guide to the Brazilian Sugar Cane spirit

Cachaça is the key ingredient to Brazil's national cocktail, Caipirinha. The sugar cane spirit has a grassy, sweet, and fruity taste with a spicy kick.

Cachaça is most known for its use in the Caipirinha cocktail. This tasty and easy-to-make drink is ubiquitous all over Brazil, from the Copacabana to São Paulo.

But even though everyone knows the Caipirinha, Cachaça is somehow flying under the radar. Also, many don't what it's made of and that it is related to Rum.

Time to clear things up and learn more about this Latin American spirit.

Cachaça (pronounced 'Kah-SHA-sah') is a distilled spirit produced from fermented sugar cane juice. It's often classified as a sub-style of Rum. However, it's more likely that Cachaça is the predecessor of Rum.

In Brazil, Cachaça is the most popular and most-consumed spirit. Outside the country, it's often used exclusively for making Caipis.

Legally, Cachaça can only be produced inside Brazil. And producers have to manufacture quite a lot.

In Brazil, the yearly consumption of Cachaça is 1,500,000,000 liters. That's a hundred times more than the rest of the world consumes in the same period.

Cachaça is made from freshly-pressed sugar cane sap, fermented prior to distillation. The sugar cane used to press the juice must be grown in Brazil.

Yeast is added to the sugar cane juice to start the fermentation process. This addition helps convert sugar to alcohol. The outcome is a low-alcohol product is then distilled in a single-step distillation process using copper pot stills.

Some Cachaças are bottled directly after distillations. Others rest in steel tanks or age in wooden barrels.

For the aging process, the spirit is usually kept in French or American oak barrels that are either new or used (often ex-Bourbon or Brandy barrels).

Aged Cachaça typically ages one to two years in barrels before being bottled. However, the aging time can also be significantly longer.

There are also some brands that use regional wood types like Brazilian nut trees, zebrawood, teak, and many more. Depending on the wood, the taste of the aged spirit can vary widely.

What type of alcohol is Cachaça?

In simple terms, Cachaça is a specific style of Rum, also often called Brazilian Rum. Most likely, 1532 was the first time a sugar cane spirit was distilled in Brazil.

However, at this time, the spirit wasn't the main product. Instead, sugar was the more important one. Hence, documentation is scarce.

Generally, Cachaça is considered the first distilled spirit in Latin America. From there, sugar cane and the distillation process traveled to other countries, including the Caribbean.

Other spirits made from sugar cane appeared, like Rum, Rhum, Aguardiente, and Asian spirits like Thai Whiskey (e.g., Mekhong or SangSom) and Basi.

The major difference between the different spirits is how sugar cane products are processed. For example, Rum is mostly made from molasses, while Cachaça is made from fresh and fermented sugar cane juice - similar to Rhum Agricole.

How much alcohol is in Cachaça?

By law, Cachaça can only contain between 38% ABV to 48% ABV. There are other products containing 54% of alcohol, but these are not officially Cachaça but Aguardente de Cana.

Cachaça is available in two varieties - aged and unaged. The white type is Branca (white) or Prata (silver), while the darker barrel-aged Cachaça is called Amarela (yellow) or Ouro (gold).

The taste of Cachaça

Unaged Cachaça has a bright, fruity, grassy, and funky taste. The flavors are comparable to white Rum. However, the overall flavor profile is more similar to Rhum Agricole.

Aged Cachaça has a more mellow taste and often takes on flavors from the barrel. That results in notes of spice, fruits, and coffee.

If you don't have Cachaça at hand and need it for your cocktails, here are some good replacements.

The best alternative to Cachaça is Rhum. Especially Clairin, a sub-type of Rhum produced in Haiti, has a similar taste and is a perfect substitute in cocktails.

When you can't get Clairin or another Rhum Agricole, White Rum and Aguardiente are more readily available replacements.

Some also suggest using Vodka, but I wouldn't recommend that as Vodka doesn't add as much flavor to your drink as sugarcane-based spirits do.

The best ways to drink Cachaça

A well-made Caipirinha is still the best way to enjoy Cachaça. If you've never made one, have a look at our traditional Cachaça recipe.

In Brazil, there are also some very high-quality Cachaças that are supposed to be enjoyed neat or on ice. Outside the country, you'll mostly get products suitable for mixing with other ingredients.

Caipirinha is not the only mixed drink you can make with the Brazilian sugar cane spirit. Another popular cocktail is the Batida - a mix of unaged Cachaça, coconut milk, lime juice, and homemade passion fruit syrup.

Other drinks you can make with it are the Bitter in Brazil, twists on the Batida, and variations of the Caipirinha.

For a long time, Brazil didn't really export Cachaça. And even today, the majority of Cachaça is exported to Germany. But still, in the last couple of years, more and more brands have been trying to expand.

Here are some of the best and most popular Cachaça brands.