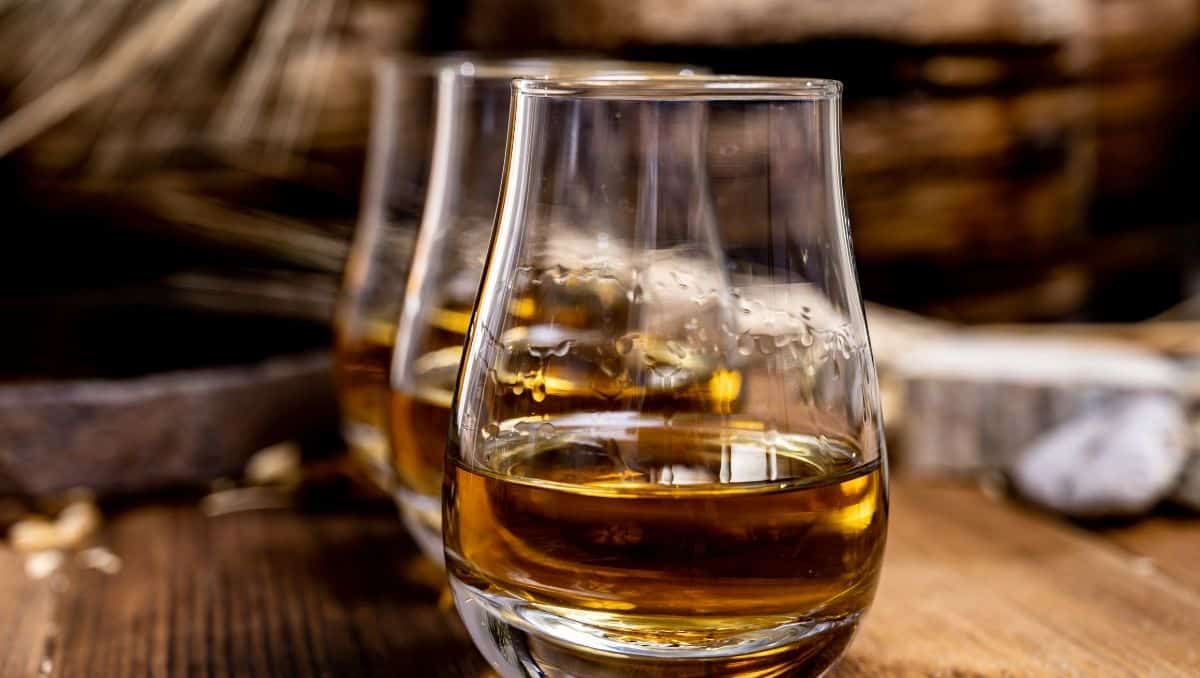 A comprehensive Guide to Scotch

Scotch Whisky is a specific type of Whiskey with a distinct smoky flavor and taste. To be called a Scotch, the complete production process of a Whisky has to take place in Scotland.

Many know that Scotch Whisky comes from Scotland, but that's about it. Some also know that the Scotch variant is written without e, so Whisky instead of Whiskey. -This is also the case for Whiskey from Canada or Japan.

But obviously, that can't be all. So, what discerns Scotch from other Whiskey?

Scotch is an aged, high-proof grain spirit from Scotland. And as mentioned, that means the entire production must take place in Scotland. That is also the most important and non-negotiable aspect of Scotch Whisky.

Another vital characteristic is the smoky flavor. This smokiness comes from the manufacturing process that Scotch goes through and is a great tasting experience, both neat and in Scotch Cocktails.

The basis of Scotch Whisky is a mix of grain. Typically, it is made primarily from barley. Other grains are also acceptable, as long as malted barley is part of the mixture.

The grain is malted and peated. The resulting mash is distilled and has to age in oak barrels for at least three years. -Peated means that the malted barley is dried over a peat fire. It adds a distinct smoky, peaty flavor to the Scotch.

According to legal regulations, the minimum bottling strength of Scotch is 40% ABV. The same measure also applies to its American cousin Bourbon.

However, like Bourbon, Scotch is often bottled at a higher strength. Those cask strength releases often contain between 50% and 60% alcohol by volume.

Further, when a bottle of blended Scotch has a number printed on it, it reflects the youngest Whisky in the blend.

That, in turn, means, for non-blended versions, the number on the bottle states the aging time for the whole content.

There are five different types of Scotch Whisky available. Those are:

How is Scotch different from Whiskey?

Scotch is a specific type of Whiskey. Consequently, it is not different but has characteristics that make it unique.

Here are the main aspects of Scotch Whisky:

The most important thing is that Scotch is famous for malting barley, wheat, or rye before the distillation process.

Malting means that the grains soak in water. This step prepares the starches in the grains for the fermentation process.

The malting of grains is also the main reason for the exceptionally smooth taste of Scotch.

Scotch typically ages in oak barrels for at least three years. In some cases, those barrels were previously used for aging wine or other spirits like Rum or Brandy.

Other Whiskey types, like Bourbon, don't need to age that long.

Also, the barrels are different. In most cases, freshly charred white oak barrels are used to mature Whiskey.

Scotch is known for its smooth taste and smoky notes. The smoothness of the spirit is mainly due to the malting of the grains before the distillation process.

The smoky notes of Scotch come from the peating of the grains, which means drying them over a peat fire. Not all Scotch is heavily peated, though. You can also find some bottles with less or no smoke at all.

Scotch Whisky is spelled without an e. Just like the Canadian and Japanese versions, the product from Scotland is Whisky as opposed to American or Irish products, which are spelled Whiskey with the e.

According to the official Scotch Whisky regulations, as of 2009, there are five different types of Scotch Whisky allowed. You can find a more detailed explanation of them here.

Single Grain Scotch Whisky: gets distilled at one distillery.

Single Malt Scotch Whisky: a high-end Whisky produced from malted barley only, and distilled in one distillery.

Blended Scotch Whisky: made from a mix of malt Scotch and grain Scotch from different distilleries. It has the lowest quality standards.

In total, Scotland has five different Whisky regions. Here is a list of them, including their most important representatives.

Islay: Islay is a small island located just west of the Scottish mainland. It's the smallest of the five Scotch regions.

Highlands: Geographically, the Scottish Highlands are the largest Whisky producing area. Therefore, Scotch from the Highlands is highly diverse in taste.

Lowlands: The second largest area of Scotland that produces Whisky is home to only five distilleries. Lowlands Whiskies are usually light with almost no peaty flavors.

Speyside: Actually, Speyside is another subregion of the Highlands. But due to the high density of distilleries, it's treated as a separate region.

Campbeltown: Campbeltown is a part of mainland Scotland just east of Islay.

Islands: The islands are no official Whisky region in Scotland but are home to some world-renowned distilleries.