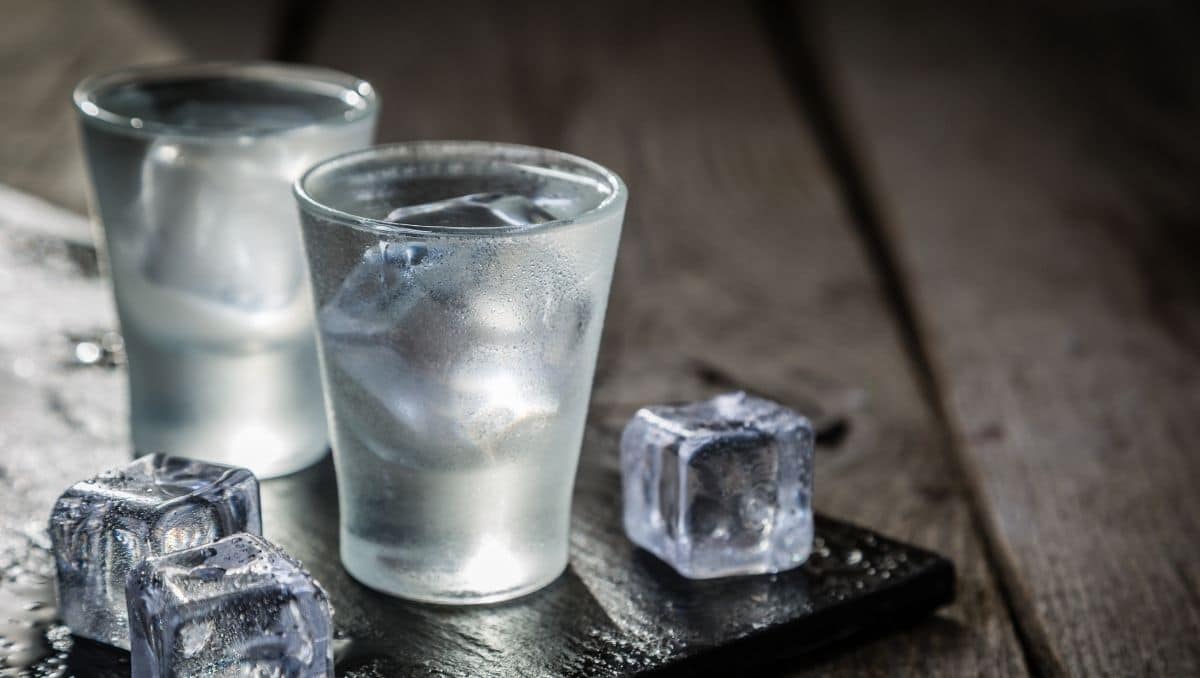 What Proof is Vodka? And how much ABV is this?

Vodka is one of the favorite spirits all over the globe. And it is the base for some of the most popular cocktails and low-calorie long drinks. But how much ABV -or proof- is Vodka? And is it the same everywhere?

Vodka has been among the most popular types of spirits for decades. It's one of the spirits you should always have in stock at your home bar to make some fancy cocktails.

It is an excellent liquor for making cocktails because it works so well with many ingredients. Its more or less neutral taste adds alcohol to a drink without distracting from the other flavors.

However, this article is not about making cocktails. It is about the typical and average alcohol content of Vodka. And I also explain the difference between ABV and proof of Vodka.

The crystal clear liquor is made of water and ethanol. It can contain many additional ingredients like grains, grapes, fruits, roots, and even potatoes.

For this, the ingredients are fermented, distilled, and finally filtered. The result after distillation is often above 90% ABV, which is necessary to remove their smell and taste.

This high amount of alcohol content is usually diluted. After diluting, the final product is mostly between 40% and 50% ABV, or 80 and 100 proof.

And even if Vodka is very popular in the US, it is way more popular in Russia, Ukraine, Belarus, Finland, Iceland, and other European countries.

That does not come as a surprise, considering that Vodka comes from Russia - or Poland, as research found. Also, the name Vodka derives from the Russian word for water, "voda."

The difference between ABV and Proof

The amount of alcohol in Vodka can be either measured in proof or ABV, with proof basically being ABV times two. But let me explain in more detail.

ABV means alcohol by volume and is the standard way of measuring the alcohol strength of drinks.

It specifies how many ml of pure ethanol are in a 100ml solution. To further standardize those numbers, ABV gets measured at 68 °F or 20 °C. That is a global standard to measure alcohol content.

In the US, there's also the term proof. The unit proof is also describing the alcohol content in a liquid.

It's precisely two times the amount of ABV. So a Vodka of 47% ABV is 94 proof. And now you may be wondering why it's called proof.

Back in the day, liquors were "proofed" to check the level of alcohol in them. That first occurred in England in the 1500s.

Back then, liquors were taxed depending on the amount of alcohol. And naturally, as there's nothing as serious as taxes, that had to be "proofed" in order to get the correct taxation rate.

There were two different ways to "proof" alcohol amounts:

The gunpowder method is the first way to check alcohol content. This method involved a gunpowder pellet soaked in the liquor. It got lit to find out how much alcohol was in the liquor.

If it burned, the spirit was considered "above proof." If it didn't, it was "under proof". And if it was "proof" and burned blue, it had just the right amount of alcohol. This sweet spot, by the way, is 114 proof or 57% ABV.

But before spirits like Vodka got tested with the gunpowder method, there was another, less accurate test method.

Burn or no burn

However, this method was a lot less accurate is the flammability of alcohol highly depends on the temperature. An issue that was fixed with the gunpowder method explained above.

So, what proof is Vodka?

The standard alcohol content of Vodka in the US is at least 40% ABV or 80 proof. That means, in the US, you won't get Vodka with an amount of alcohol by volume below 40%.

In the European Union, the minimum is slightly lower, at 37.5% ABV. Of course, the ABV of Vodka can be significantly higher. Vodka with proof of 100, 120, or even 160 is widely accessible.

In fact, the liquor with the highest level of alcohol sold in the US is Vodka. It is Spirytus Vodka from Poland and has a whopping proof of 192, meaning 96% ABV.

The proof of Vodka varies widely. You will find many brands offering Vodkas at 80 proof (40% ABV), but there are plenty of highly alcoholic options available as well.

Here is a short overview of popular Vodka brands and their alcohol content in proof and ABV.