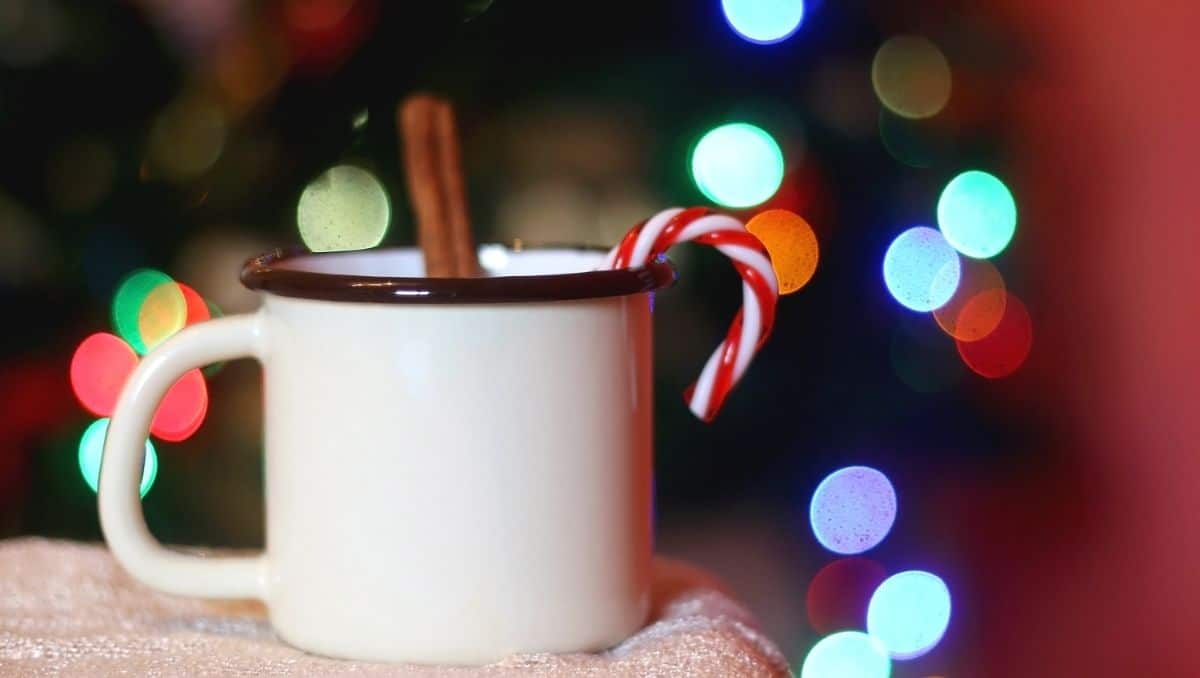 No matter if you want to throw a Christmas party for your friends or if you're going to spend the holidays with your family. After weeks of mulled wine, Glögg, and all the other typical, popular wintertime drinks, it sure is time for a bit of a change. And a beautiful Christmas Cocktail will do that just perfectly.

During the past years, mixing cocktails for the whole family on Christmas Eve became somewhat of a tradition. Funnily enough, the Coconut Negroni is the winner, so far. It does not sound much like a typical winter drink, but the toasted coconut chips are a true delight. However, in this year's list, we want to feature some new ideas.

There's something for everybody: Dessert cocktails with traditional Christmas flavors and spices and more fruity classics with a festive twist. So get your shakers ready to mix some fabulous Christmas cocktails.

Flip that Cobbler is a beautiful, nutty creation by Matthias Soberon (@servedbysoberon) for the festive season. He describes the cocktail as the combination of two cocktails based on fortified wine: the Flip and the Cobbler - the clue is pretty much in the title. Egg yolk, which usually is imperative in Flips, gets added via the medium of the Dutch Advocaat.
And going all cobbler-style, the Flip that Cobbler is best served in a goblet with heaps of crushed ice and a straw.

Add all ingredients into your cocktail shaker and shake with plenty of ice cubes. Then strain in your glass over crushed ice. Now garnish with the nuts and serve with a reusable straw.

A good Negroni is a brilliant way to counterbalance a lavish Dinner on Christmas Eve. And instead of the Coconut version of the last years, it is time for another twist on this classic. The Negroni Sour from @supreme_chef is a little less bitter than a regular Negroni, making it super easy to drink and a crowd-pleaser. The chamomile aroma from the Gin also adds a nice twist.

To infuse Gin with chamomile, pour a more neutral Gin (e.g., Beefeater) into a glass, add a bag of chamomile tea, and let it sit for 5 to 15 minutes, depending on the individual taste.

For the version with egg white, perform a dry shake first: Put all ingredients into your shaker, including the egg white. However, don't add ice yet. Give it all a good shake - at least 15sec. Then add the ice and shake again until your shaker feels cold.

If you prefer to leave the egg white off, you can add all ingredients and plenty of ice to your shaker, shake until the contains are well chilled.

Then strain over ice into your glass and garnish with an orange peel.

The Black Brew from Georgi (@justshakeorstir) is a chocolaty, comforting, yet elegant winter drink. The flavor combination of nuts, chocolate, and coffee is classic, and when you mix it with Bourbon, it becomes such a gorgeous Christmas Cocktail. The Black Brew is perfect after dinner on Christmas Eve, but the flavors also work fantastic on a festive family afternoon. Combine it with some biscuits at tea time, put Jingle Bells on, lean back, and enjoy.

Add all the ingredients together with lots of ice to your shaker. Shake until the cocktail shaker feels well chilled, then double strain into your glass. For the final touch, garnish the drink with the chocolate wafer roll.

If you want to get the look from the image: Spray the glass evenly with Grand Marnier. Alternatively, Frangelico works as well. Then dust the sprayed bits with cocoa powder.

Our Christmas Rum Sour is a fabulous cocktail for everyone who loves a classic Sour. The flavors of Rum and lemon are still very pronounced, but the festive twist is the star of the show. It's a float of mulled wine that carries subtle notes of cinnamon, anise, and cloves. The egg white gives some texture and makes this version of a Rum Sour a perfect Christmas delight.

Put all ingredients, including the egg white, in your shaker and dry shake (no ice) for 15 seconds. Make sure to close the shaker tightly as it could pop open without ice more easily. Now, add ice and shake again.

Then, strain the cocktail over ice into the chilled glass, and garnish it with a cinnamon stick, star anise, and the dried orange.

If you want to make a vegan version of this Christmas Cocktail without abandoning the egg white, you can substitute it with Aquafaba. That will also give a nice, foamy texture.

The Trumpet of Joy by Micky (@veermasterberlin) features many of our favorite Christmas flavors: cinnamon, ginger, apple, and vanilla. And they work together beautifully. It's a unique combination of flavors in cocktails, it is absolutely delicious and a drink your guests surely will remember.

Put all the ingredients except in your cocktail shaker and dry shake (no ice yet) for about 15 seconds. Make sure to close the shaker tightly as it could pop open without ice more easily. Now, add ice and shake again. Double strain into your cocktail glass and garnish with the edible flowers. I recommend using tweezers if you want to arrange the flowers according to the picture.

For making the Hibiscus Cinnamon Syrup, you can use our hibiscus recipe and add and two cinnamon sticks per cup of water. Double strain and let cool down before using it in your cocktails.

6. Delight of the night

The Delight of the Night by Joshua (@a_few_drinks_behind) perfectly combines the smooth notes of Bourbon with the sweet and spicy flavors of homemade coffee syrup and chai tea.
The cocktail consists of only three ingredients, and each of these elements is best when homemade. So it comes with lots of love but requires a bit of prep time - however, all can be done the day before your Christmas festivities.

To infuse the Bourbon, fill a 16oz (500ml) canning jar half the way with toasted marshmallows, then fill it 3/4 up with Bourbon. Seal it airtight and let it sit at 130°F (50°C) for about an hour until the marshmallows fully dissolve. Then, double-strain the mix into a freezer-safe vessel and let it cool down, and strain again.

For the chai half and half, let two bags of chai tea sit overnight in 8oz (250ml) half n half. -it should be about 8h.

To make the cold brew syrup, use equal parts cold brew concentrate and brown sugar. Heat up the mix until the sugar is fully dissolved and double strain into a glass or bottle.