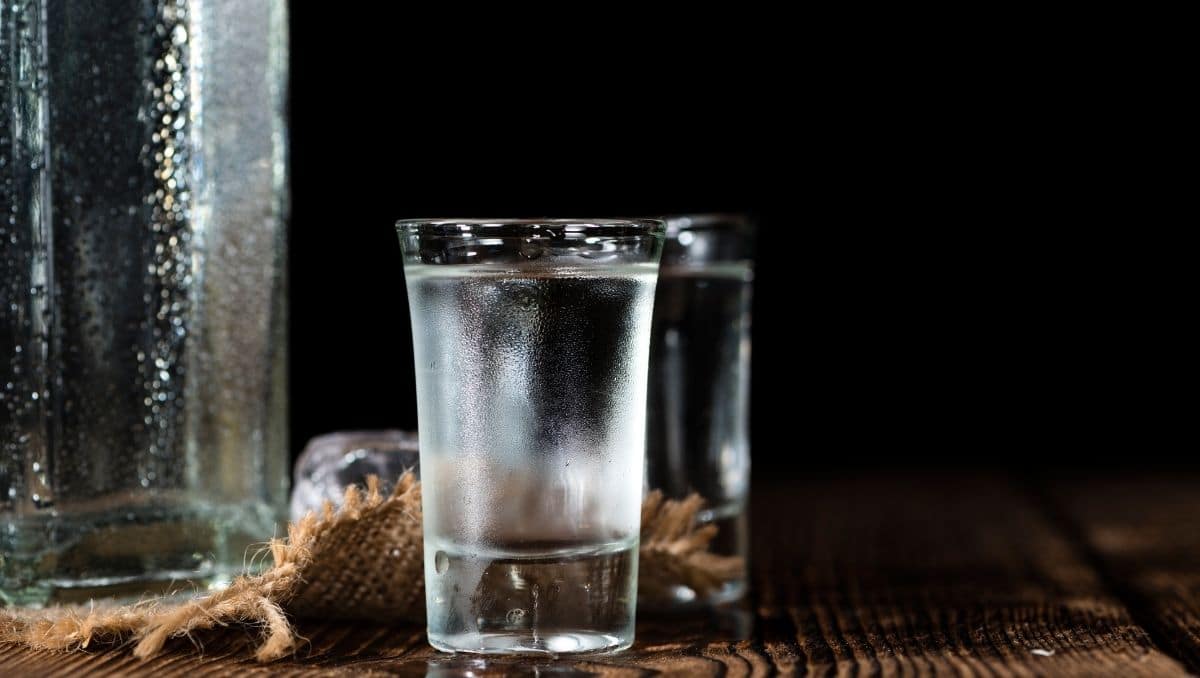 What is Poitín? The Irish Moonshine explained

Learn everything you need to know about Poitín, the Irish spirit with a Gaelic name. Why it was illegal and why Poitín is currently experiencing a comeback.

Ireland is famous for its alcoholic creations. Just think of the beloved Irish Whisky, Irish cream, Guinness. An Irish spirit you're probably not so familiar with is Poitín. This traditional product has been distilled since the early 1600s and is also known under other names like "Irish Moonshine."

But even though Poitín is so old, it's not very recognized outside Ireland. One reason for this is that it was illegal to produce the spirit for more than 300 years. It wasn't until 1997 that the law changed, and Poitín finally was legalized again. Since then, many brands ahead and started producing Irish Moonshine again.

If you're wondering what exactly Poitín is, here's a short and sweet explanation.

Poitín is a distilled spirit commonly made of potatoes, cereals, or grain. It must contain at least 40% ABV but can have up to a whopping 90%.

The name is said to be a reference to either the Irish words pota or póit. Pota means small pott and refers to the small-batch production typically done with the help of small pot stills. Póit, on the other hand, is the Irish word for a hangover. I guess I don't have to explain why this could be a possible name giver. It makes even more sense when taking into account that the spirit can contain up to 90% ABV and that people usually had produced it in private.

Generally, the spirit is very close to Vodka but has a distinctively different consistency and taste. Poitín is oily with a grainy taste and hints of caramelized sugar and toffee. Low-quality products can also carry harsh and sometimes even toxic notes of methanol. So make sure you only consume certified products. You don't want to go blind because you were drinking bad Moonshine.

Today, there's a modern and English version of the name - poteen. And on bottles, you can even find other interpretations like "potcheen", with the latter being closest to the actual way to pronounce it: "puh - cheen."

In the 1600s, Poitín mostly got distilled for private use only. And when King Charles the 2nd introduced a levy on spirits in Ireland in the mid-1600s, the Irish producers tried to find ways to avoid it.

Initially, the amount produced was taxed, so people hid large quantities of Poitín in their cellars. That led to a tax depending on the pot size of their stills. So they used smaller pots and let the stills run 24/7. And eventually, the King declared Poitín illegal in 1661. From then on, all private distilleries suddenly had been illegal.

The first legal Poitín from the 20th century emerged in 1987. Oliver Dillon had been granted an exclusive license to distill the traditional Irish Moonshine. There was only one condition. The product could not be sold in Ireland but had to be exported. It took ten more years, until 1997, for the law to finally get revised. Since then, making Poitín is legal again also within Ireland.

From the time of legalization, it took quite a while until distilleries tried to bring back the traditional spirit. But in the past couple of years, some renowned brands released several premium Poitín. Stuff you should certainly give a try. Amongst those high-quality releases are products from Teeling's, Bán, Micil, Bunratty, and Glendalough.

And this is only the beginning. In 2008, Poitín received a GI - Geographical Indication. That means that only products produced on the Green Island are allowed to call themselves Poitín. And also, the Irish government decided to define regulations to ensure that only quality Poitín is released. It seems as if this may be just the beginning of a gigantic comeback of a once-forgotten spirit. So, if you now are curious and what to give the Irish Moonshine a try, here's a list with recommendations for the best Poitín to try.

What is Poitín made of?

Traditional Poitín is made from either potatoes or milk whey. There are rumors that you could use anything, but that's untrue. The technical regulations set by the Irish government only allow Poitín from:

And whatever the base, the first step to producing Poitín is fermenting it. After fermenting for up to three weeks, the result is low-ABV liquid comparable to beer or kvass. That then gets distilled with a pot still to produce a transparent and crystal clear spirit.

How to drink Poitín

As with most Moonshine, you typically drink Poitín straight. However, due to the high amount of alcohol, it's increasingly used in fashionable cocktail recipes. And I can hardly deny that I would prefer a 90% ABV spirit in a cocktail rather than sipping it neat. The new and upcoming Poitín releases try to establish a set of recipes to showcase how the spirit can and should be incorporated.

Some Poitín cocktails simply substitute Gin for Poitín. That works pretty well and creates a new drinking experience because the clear and unaged spirit has a different taste. And there's more flavor in it than in Vodka. So by using Poitín, you'll get a twist on a classic Gin cocktail. Prime examples of this are our below recipes - the Poitín Bee's Knees and Poitín Basil Smash.

Pour all ingredients into a cocktail shaker with plenty of ice. Shake until the cocktail is well-chilled, then strain it into a coupe glass. Garnish it with a lemon peel or a honeycomb.

Add the basil leaves and lemon juice into a cocktail shaker and muddle them. Be sure to muddle them well to release enough of the beautiful basil flavor.

Then add the remaining ingredients and ice to the shaker and start shaking. Once the drink is chilled, strain it over ice into a rocks glass and garnish with fresh basil leaves.