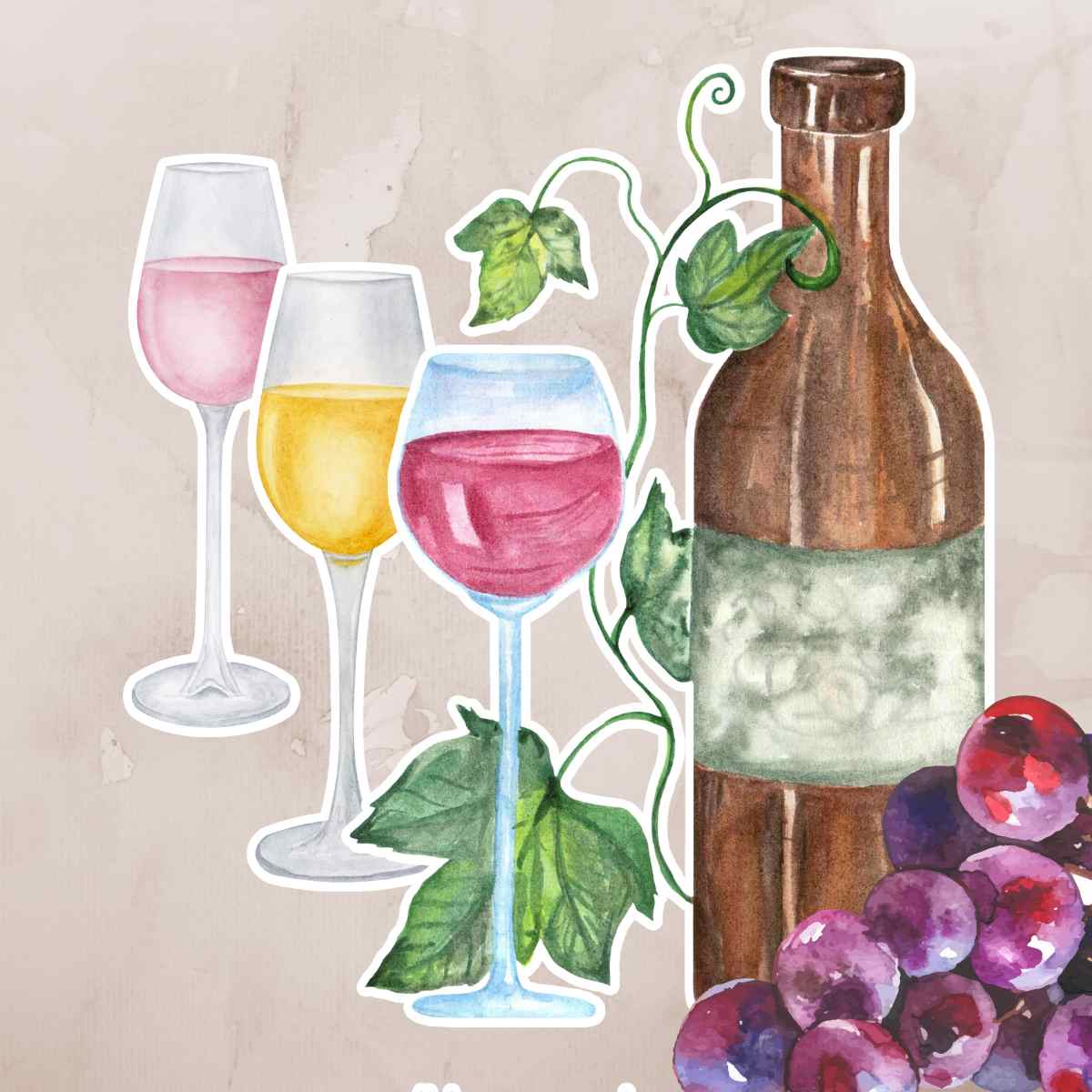 The Different Types of Port

Port is a sweet fortified wine from the Douro valley of Portugal. Tawny is the most popular, but there are many other types to discover and taste.

There are three main categories of port wines: Ruby, White, and Tawny. Each has multiple subcategories, so it quickly gets confusing and hard to keep track of all the different port styles.

In this article, we will examine the main types of port wine and describe them briefly and concisely. But let's start with the institution that defines the various types & styles.

The Instituto dos Vinhos do Douro e Porto -short IVDP- regulates all matters regarding port wine. This independent institution defines and manages all the different categories and classifications. [1]

The seven types of ports are divided into two main categories - normal and special.

The special category, aka Categorias Especiais, comprises all other styles. [2]

Ruby port is the most affordable option. Unlike most other port wines, it usually ages in concrete or stainless steel vessels to avoid oxidation. The resulting wine keeps its brilliant red color with a fresh and fruity taste.

Regular Ruby ports are not suitable for aging. That means they will not benefit from longer aging times, and the aroma won't evolve.

The Rosé version is a subcategory of Ruby ports. First produced in 2008, it's the youngest of all port wine types.

The rose color is achieved in a similar way to rosé wines. The brighter rose-colored wine is the result of limiting the exposure of grape skin during the fermentation process.

Tawny ports are made of red grapes and aged in wooden barrels. This aging process allows for oxidation and evaporation, which is essential for developing the distinct nutty flavors in the port.

A standard Tawny with no further age indication usually has matured in wooden barrels for at least three years. A Reserve Tawny port, for instance, ages seven years.

Tawny has a lighter color and tastes drier than a Ruby and has a woody aroma and fruit bouquet. Also, the longer it ages, the paler its color gets.

Additionally, white ports can be available in a variety of subtypes.

However, as its red counterparts are more popular, only very few producers put in the effort to make special white ports. Taste-wise, the white expression often shows exotic fruity flavors with a subtle sweetness.

The color of long-aged white ports becomes comparatively dark when aged in wooden barrels. In rare cases, the color will become so dark that it will look similar to an aged Tawny or Ruby port.

That is a premium subcategory of Ruby ports. Approved and monitored by the IVDP, reserve ports usually are a blend of different vintages of Ruby.

Initially, this type was a side product driven by lacking demand. But nowadays, Late Bottle Vintage (LBV) lists as a separate category.

The wine used for late bottled vintage initially had been intended to become a Vintage port. But due to low demand, the wine was left longer in the barrels.

Instead of aging a maximum of two and a half years, LBV port ages four to six years.

LBVs are a clever alternative to Vintage ports as they don't need to age in bottles. Over time, two different types of LBV developed. One filtered and one unfiltered version.

The unfiltered LBV port is bottled with conventional corks and requires decanting. Similar to a Vintage Port, this type can benefit from additional bottle aging.

Also, it's pretty hard to distinguish an old LBV from a traditional Vintage port.

For the filtered version, decanting is not necessary. However, filtration also limits the benefits of the port from aging.

That, in turn, makes the whole product much lighter in body and taste -a fact that many port wine lovers criticize as they claim that filtration also removes essential characteristics from the wine.

A Crusted Port is a blend of several Vintage ports. That means a Crusted voids the limitation of only using grapes harvested in the same year.

That allows the master port blender to create the best possible blend of Vintage ports available.

Vintage port gets pressed from the highest-quality grapes. It's only possible to produce it in years declared vintage. That is not super rare, yet nowhere near the case every year. Further, it is aged in either barrels or steel tanks for a maximum of two and a half years.

That is way less than some Tawny ports age in their barrels. However, Vintage port is aged in bottles between 10 and 40 years to achieve a proper drinking age.

A subcategory of Vintage port is the Single Quinta. As the name suggests, those port wines derive from grapes from the corresponding estate.

For comparison, a regular Vintage port can contain grapes from multiple estates.

Reserve Tawny port is of elegant médium golden brown color. While aging in oak barrels, the wine develops its delicate flavors. It combines rich and heavy oaky flavors with hints of fresh and fruity notes.

Older Tawnies usually are labeled with 10, 20, 30, or 40 years. However, these are not single vintage Tawny ports but a blend of several vintages.

The age mentioned on the labels indicates the age target aimed for when blending the various vintages.

A Colheita port is a subcategory of the Tawny. A single vintage aged for at least seven years in wooden barrels. You won't find the age on the label but the vintage year instead.

Similar to the Tawny wines, these aged expressions are a blend of various vintages. The age indication shows the target age the blenders aimed for when combining the different white port vintages.

These port wines go through exactly the same process as the more common Tawny Colheita. The main difference is that traditional white grape varieties from the region are used, such as Malvasia, Viosinho, Gouveio, Rabigato, etc.

The color darkens over time, which sometimes makes it hard to distinguish it from a common Colheita visually.