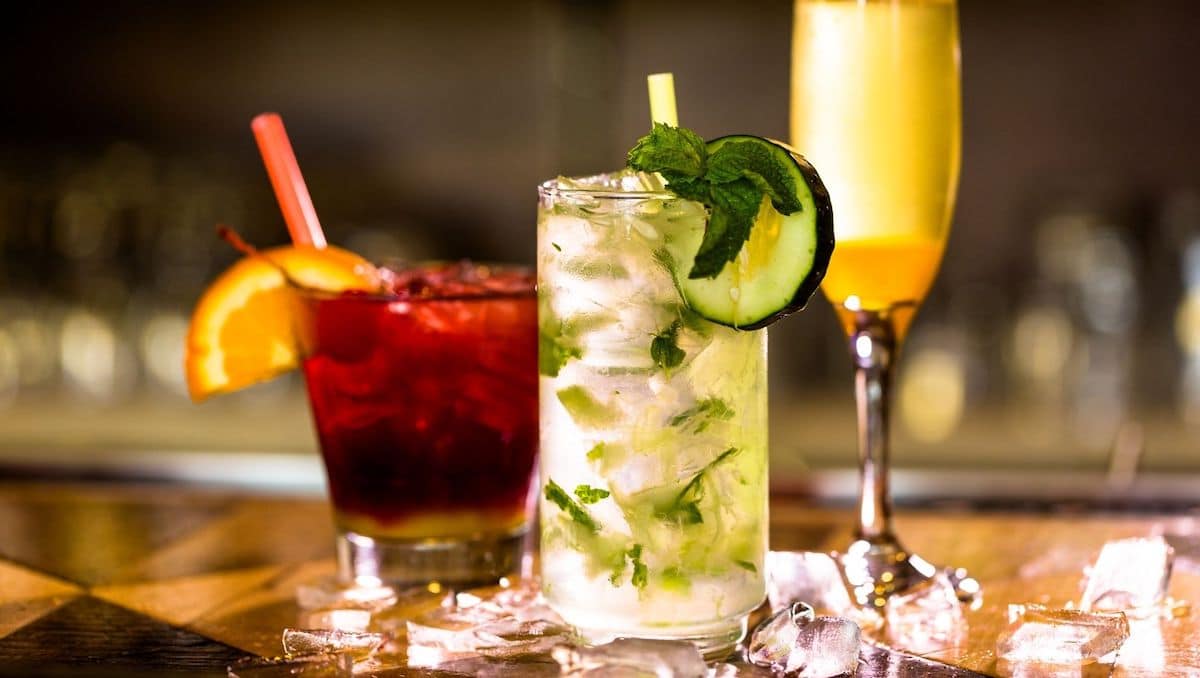 Are Cocktails Healthy? What You Need To Know About Alcoholic Drinks

Physicians often say alcohol is bad for our health. But then again, research shows a glass of wine can actually be beneficial for a healthy adult person. Most likely, both statements have a right to exist, as the effects depend strongly on the individual. So, are there circumstances under which a cocktail could be healthy?

Are Cocktails healthy? Cocktails are bad for your health because they contain alcohol and sugar, right? That is a common opinion and unquestionably true in a lot of cases.

But it doesn't always have to be like that. As a matter of fact, consuming alcohol can even be beneficial for your health.

The high level of antioxidants in alcoholic drinks, especially polyphenolic compounds in red wine, can help our cardiovascular system. They can fight changes in the blood vessels and reduce the effect of high blood pressure and blood sugar.

Those benefits even can outweigh the negative impact of alcohol, making alcoholic beverages more healthy than harmful. The magic key to health benefits through cocktails or other drinks is, you might have guessed it, moderate drinking.

When reading about the impact of alcohol on our health, you will find the words "moderate drinking" or "moderate alcohol intake" constantly.

Somewhere along the debate about the impact of alcohol, these terms got somewhat blurry. So I first want to establish what moderate drinking actually means.

Many studies define moderate alcohol intake as the number of drinks. Some say one drink a day is fine others state up to three are acceptable but only for alcoholic beverages with a low ABV.

You probably see the problem already. There is no ultimate definition. A "drink" can be a lot, as we all know. A glass of beer definitely has other effects than a Long Island ice tea, so what does a "drink" mean then?

There is now a standard definition trying to create a general baseline. A drink is defined as:

For all of them, the average content of alcohol is around 12 - 14 grams on average. There are still variations, but we can use this as a guideline.

And by one drink, I refer to the quantity in the overview above - We all know that a decent wine glass can hold more than 5oz. But if you're serious about moderate drinking, that's the limit.

Another thing I want to emphasize is the importance of drinking habits.

When you have seven drinks during the weekend while not drinking at all the rest of the week, that's not the same as having one drink per day.

The average may remain the same, but the effects on your body and health don't.

As mentioned already, the primary health benefit of alcohol is that it can lower the risk of cardiovascular diseases.

If your moderate alcohol consumption is spread over at least four days a week, this is inversely related to the risk of myocardial infarcts.

The volume seems not to be as essential as the regularity, but it should not exceed 30 grams per day, regardless of your gender.

Studies show a clear correlation between moderate drinking and a reduced risk of cardiovascular diseases.

Unfortunately, one promising long-term study got halted due to policy concerns. Its purpose was to prove the positive effects on an international basis. But then, there's already enough evidence backing the positive impact through regular, moderate consumption.

To be more precise, it can lower these risks by 25-40%. But, as controversial as it may sound, these numbers are only valid for regular drinking.

On the other hand, increasing the number of drinks per day can have serious negative effects. It can lead to abnormal heart rhythms, strokes, and heart attacks.

If you want to read more about those studies, I recommend this article from Harvard University.

In addition to the already mentioned benefits, there are other positive effects of a low intake of alcohol.

Moderate drinking can also reduce the risk of diabetes II and gallstones. And social and psychological effects should be taken into account, as well.

Hanging out with your friends while having a beer can effectively improve your general well-being.

Having explained all of the above, yes, cocktails can be healthy. Focus is on the "can" because some contain more than the recommended alcohol intake per day.

But a cocktail containing only small quantities of alcohol can sure improve your health and prevent heart attacks.

Which cocktail is healthiest?

Generally, there's no such thing as the "healthiest" cocktail. When talking about the benefits of alcohol, it doesn't matter in which combination we consume it.

But if you want to add to the benefits of your daily drink, look for cocktails with fresh juices, low-sugar components, or ones with an overall low amount of calories.

So, is it ok to drink a cocktail every day?

Yes, it is okay to have one cocktail every day. It can even be beneficial. But stick to the limit of "one drink" as described above and don't drink too quickly. It's about regularity and not average numbers.